Why letting go of a friendship is not mean

In my mid-thirties, I learned a hard and painful lesson about friendship. My relationship with my childhood best friend came to an abrupt end. It was dirty and ugly and the moment I realized that people can change. They can become toxic and create ripples in your life that cause more aggravation than you need or want. However, when you have a friendship steeped in history, rich with childhood memories and milestones you’ve experienced together, it’s hard to let go.

I won’t go into what was going on in her life, because it’s not my story to tell. But I will say that the person who for years had been my confidant, my trusted go-to for so many things; the person I knew I could rely on no matter what – just ceased to exist. Physically she was there. But in every other way, she became a stranger. Her behavior didn’t make sense to me or anyone else we had in common. She got angry and acted childish about things that wouldn’t even make a middle-schooler flinch. She was clearly projecting something, but I was clueless as to why I was the target. As a writer, I’m comfortable expressing myself through written words and sometimes find that it’s better than talking face-to-face when emotions are running high. It gives all parties a chance to absorb and process before chirping back and maybe saying something you regret. She was very much like that too, so I sent her an email. One based on love and concern because our friendship was paramount in my life. I couldn’t imagine a single day without talking to her. 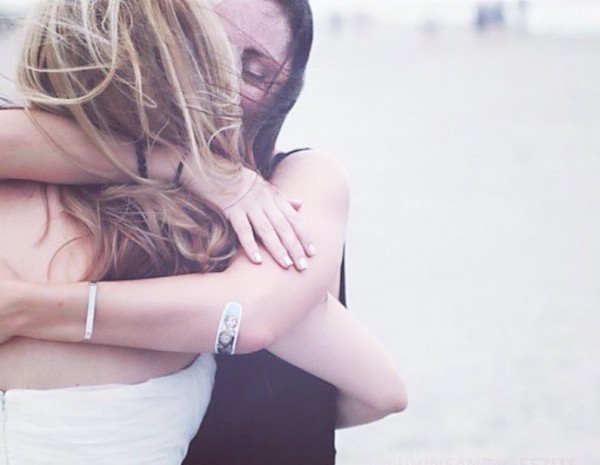 What I got back was shocking. It wasn’t from her. It was from her husband, who admittedly I was never a fan of, however, she seemed happy so I always went with the flow and showed him nothing but respect and kindness. However, I found him rude, abrasive, obnoxious and judgmental. Everything she was not. His email to me addressed nothing I actually wrote, rather resorted to name calling and insults. It was nasty and seething with anger and ended with him telling me never to contact her again. I was floored. For a number of reasons.

The third was the most painful because we were in each other’s lives far before our husbands came into the picture. We abided by girl code and were each other’s protectors. But she, my protector, let her husband come for me like a rabid animal during one of the most horrible times of my life. I was on the heels of my own divorce, which was devasting and messy and the ink on the paper wasn’t even dry. I was vulnerable and overly sensitive and a person who used to be a safe space for me was now the polar opposite.

I didn’t respond. To me that was the definitive end. I saw no need to fight. I had no desire to be mean. Over the years she has reached out a few times, but each time has revolved around her own motives. Needing forgiveness or closure. Wanting to be a peace with what happened. The first time, I just forwarded her the email her husband sent me. The next few times I told her that I wished her and her family well but saw no way to continue a friendship. I was surprised actually at how easy it was to let go of someone who had been a mainstay in my life since we were 12. But a switch flipped in me and I was done because it was no longer healthy. I thought I’d miss her. I thought there’d be days I yearned to pick up the phone and call her to tell her something mundane. But I didn’t and I still don’t.

I found that when you go through a divorce, especially as a mother, you lose your patience for nonsense. If something doesn’t feel right you are less willing to give it another chance. There’s so much hurt and healing that needs to happen coming out of a broken marriage, so when people occupy negative space in your life with toxicity, you feel less guilty showing them the door. Especially when you are surrounded with others who show kindness, love, respect and have your best interests at heart. To this day, I want her to do well and live a happy life, but she can’t be part of mine because of the damage she caused to our friendship. It may sound harsh but it’s a reality so many people experience and are afraid to admit because they think it makes them sound mean.

Since that experience, my friendship radar has been on high alert because she was the least likely suspect for this kind of ending. As a matter of fact, more people were shocked to find out we were no longer friends than they were to find out I was getting divorced. Most of my girlfriends have been in my life since kindergarten. I have a good track record. I’m not perfect and I make mistakes, but I am mindful of how I conduct myself with my girlfriends and if I get called out or notice on my own that I’ve failed in some way, I will apologize and fall on my sword. I can confidently say that the majority of my friendships over the last decade have mirrored that on the other end as well. I’ve only had a couple of friendships I’ve needed to cut out of my life.

However, the process of letting go of a friendship taught me that sometimes it’s a necessity. When people suck the life out of you. They just take and take and take. They claim to be givers and, on the surface, may appear that way, but to the trained eye of someone who’s been bamboozled in the past, their ulterior motives are crystal clear. They feel like constant work. They are insensitive and only concerned about themselves, how they feel, how they operate and what drives their behavior. They are never at fault and always playing the doe-eyed victim trying to vilify anyone one who sees cracks in their façade. They are master manipulators. They’ll spin stories and to new allies not realizing it all gets back to you. They are perfect in their own eyes and you’ll never change that.

In my adult years, I have gone through not only my divorce, but also my parent’s. I watched my mother battle breast cancer and come out a survivor. I’ve experienced a gut-wrenching miscarriage. I’ve faced fertility struggles. I’ve remarried and had another baby, blending a family. It’s been an ebb and flow of ups and downs, like everyone else experiences. I don’t have any more reserve for someone who can’t consistently be a good friend, because frankly it’s easy. You actually have to work to be a bad friend and the moment I feel someone is not 100% in my corner as I am theirs, I can now come to terms with saying goodbye. It took me a long time to mend my broken heart from a failed marriage and I will not allow anyone to shatter it into pieces again. I used to think it was mean to end a relationship. I carried guilt and wondered if it made me a bad person. Then, I saw the few friends I cut from my life repeat the same exact patterns with other people. It’s type of validation you never want but that confirms what your gut was telling you.

If a friendship feels one-sided or selfish or just gross, it’s ok to cut it out. You don’t have to have a dramatic Real Housewives-worthy moment. You can quietly close the door and move on and focus on the people who make you grateful. 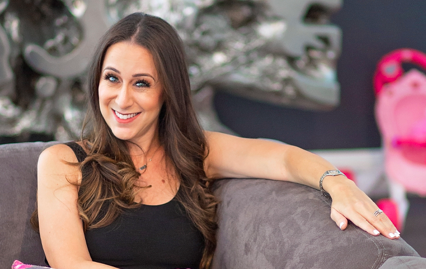 This Is What It's Like To Have A True "Best Friend"
5 Qualities To Look For In A Close Friend
Hooray For Low-Maintenance Friends!
advertisement

This Is What It's Like To Have A True "Best Friend"
5 Qualities To Look For In A Close Friend
Hooray For Low-Maintenance Friends!