Why I'm Quitting My Coffee Addiction 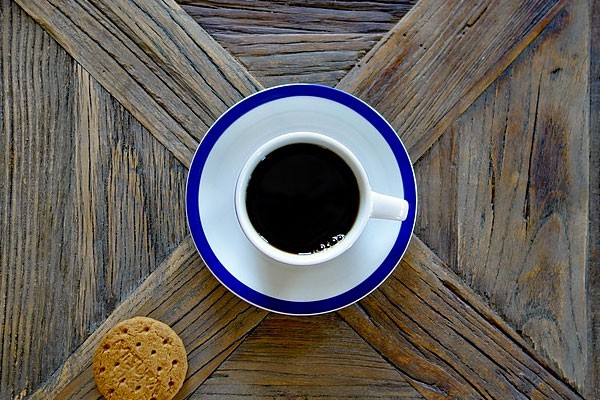 Today is the beginning of a new challenge for me. No, it’s not another weight-loss or workout challenge, this time it’s focused on food. I’m kicking the juice, no not that kind, I’m kicking coffee!

Growing up I never understood people who drank coffee. It was the kinda of beverage that didn’t really taste good so I didn’t get why people drank so much of it. It wasn’t until I graduated from college that I really started drinking it myself. Sure, I had a mocha here or there in college but nothing near my consumption levels post college.

After college it was the beverage that helped me (along with Mountain Dew) to get my late night coding and gaming fixes in. I’d usually do coffee in the morning and dew in the evenings. My friends all drank it and we’d go on 2 – 3 coffee runs per day. We’d often talk work and design the whole time so we’d actually get more work done while getting away from our computers for some liquid recharge as well.

Plus, somewhere along the way I heard that coffee was good for you, right? But, now there seems to be an argument over whether that's true.

While I’ve never approached the 2 – 3 pots per day of my brother and father I am currently up to 3 – 4 small Americanos per day. At 2 shots of espresso per Americano that’s 8 shots per day I’m taking in. Add to that half & half and raw sugar and we’re talking 70 x 4 = 280 extra calories per day.

I’m tired of being addicted to caffeine!

I'm doing the math on how much I spend each year on coffee, and it's mind-boggling. Those three $3 cups of Starbucks coffee really add up! (3 x $3 x 7 x 52 = $3,276 spent per year!) While I thought I was being healthy in my drink choices, now I'm rethinking everything.

Starting today I’m quitting this coffee addiction. I don’t want that feeling that I can’t function without it in the morning. I work far to hard to be healthy and fit only to let an addiction make me feel like a failure every morning.

I had planned on starting this morning off strong and getting a hardcore workout in, the endorphines from which would take me into the afternoon before I’d need caffeine … that was Plan A. I hadn’t planned on my daughters midnight after-birthday party sugar rush that kept me awake from midnight until 2:45 am. Needless to say I didn’t make my morning workout and already need a morning pick me up.

I’m still planning on going on the coffee walks with friends as it’s a good social ritual and it’s nice to get away from the computer during the day. Instead of getting full caffeine I’ll instead either get a decaf Americano or a decaf tea. I know an addict shouldn’t surround themselves with temptation but I really do like getting away from my computer … maybe I’ll just stand outside and wait for them.

Today is a new day, a new month, and a new caffeine-less William. Are you addicted to caffeine? Ever thought of kicking the addiction?

I love travel, I don't understand Kardashians or bitcoin.

3 Simple Coffee Drink Ideas - Become Your Own Home Barista!
How coffee and caffeine could affect a newborn baby?
For Moms that Drink Coffee #2: Is Coffee Fattening?
advertisement

3 Simple Coffee Drink Ideas - Become Your Own Home Barista!
How coffee and caffeine could affect a newborn baby?
For Moms that Drink Coffee #2: Is Coffee Fattening?