Why I Will Never Make My Kids Sit on Santa's Lap 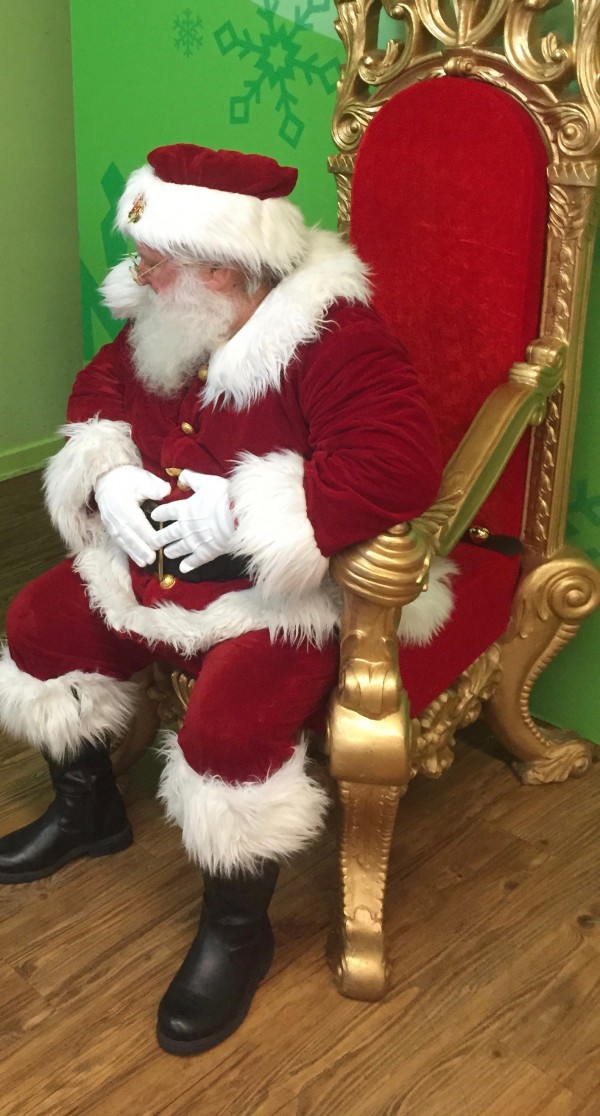 “My kids are notorious for not wanting to take pictures with Santa,” I commented to the person waiting at the mall kiosk. She had just pointed out that we could have made reservations to see Santa instead of waiting in line. But there was no way I was having my mother-in-law pay $40 ahead of time for my two sons to then refuse to be in the picture.

I wasn’t exaggerating. The only photos we had of our kids with Santa were from when they were too young to care. They’re each less than a year old in their respective photos. But once they hit two? Nope, nada, absolutely not. They wouldn’t even go near him. At Sesame Place’s Christmas celebration, my then four-year-old wanted a photo with Elmo, but he was only posing with Santa. So my son planted himself solidly on the other side of Elmo, as far away from the big guy as possible.

But did I try to force them to do it anyway? Nope. I never tried to force them to sit on Santa’s lap. It’s for similar reasons I’ll never make them hug or kiss a relative - or anyone, really.

I want them to feel everyone can make decisions about their own bodies. Of course, there are limits on that for health and hygiene reasons. (Believe me, my kids push hard against those limits too.) But I don’t want them to feel like they owe anyone physical affection or that they are owed that affection either.

This issue is talked a lot with girls. The Girl Scouts have a popular article going around about why you shouldn’t make your daughters hug or kiss relatives at the holidays. When you think about it, teaching girls that you are obliged to sit on someone’s lap just because they give you gifts is pretty icky. Of course, mall Santas are highly supervised, but not everyone in that girl’s life will be. As girls grow up, they need to know that they never owe anyone anything of their body, no matter how many wonderful gifts that person gets them.

I have boys, but teaching them that they get to decide who gets access to their bodies is just as important as girls, if not more so. For one, boys are also vulnerable to sexual abuse. According to RAINN, 1 in 53 boys under the age of 18 experience sexual abuse or assault at the hands of an adult. My boys need to know that if they ever feel uncomfortable, they can and should tell that person no. Secondly, if they hear the message over and over again that more powerful people get to decide what happens to less powerful people’s bodies, they’ll internalize that message. When they get older, that could lead to them pushing partners to sexual activities they aren’t comfortable with or simply not waiting for enthusiastic consent. Even if we never directly say these messages, they sink in. If we want kids to demonstrate consent later, we need to give and expect consent from them from early on.

At the mall, my kids were willing to stand in front of Santa, as long as my husband and I were there too. But they didn’t sit on his lap and that was still perfectly fine by me.

Holiday Traditions Parents Should Reconsider
Why are We Unwilling to Discuss Child Sexual Abuse?
Raising Men Who Won’t Rape
advertisement

Holiday Traditions Parents Should Reconsider
Why are We Unwilling to Discuss Child Sexual Abuse?
Raising Men Who Won’t Rape