Why I Never Forget That Children Will Listen

Published by My Dishwashers Possessed-Kathy Radigan on June 27, 2018 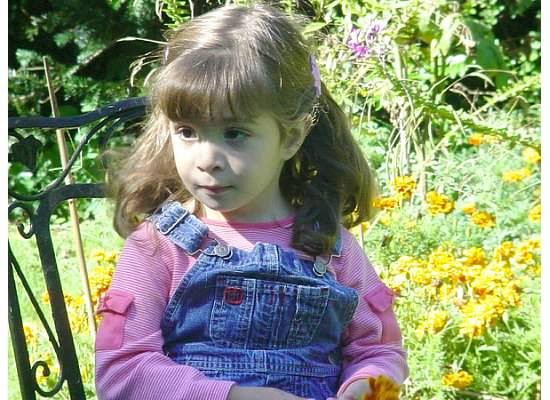 “Little pitchers have big ears,” is a phrase I remember my mother saying often when I was a little kid. She usually said it when she was on the phone and my sisters and I were playing at the table, or she was talking to my dad, while we were all eating dinner.

I didn’t know why she was whispering about milk pitchers and ears when all I wanted to do was find out more about why Mrs. Jones wasn’t talking to Mr. Jones anymore, or how our babysitter got in trouble and now had to get married. But I did notice that the really interesting stories stopped right after she uttered that phrase.

Many years later she dusted off that old chestnut the day I was telling her the story about how my toddler uttered the F word a few minutes after my sister Wendy kissed him on the cheek, and my son had an allergic reaction to Wendy’s lipstick. Wendy blurted out an F-bomb as soon as she saw the lip-shaped welts on my son’s cheek. My son naturally repeated what his aunt said.

Now all grown up and a mom myself, I clearly understood her warning: Children may not always understand what you are saying, but they hear everything. Always be careful what you say.

But there is one time I truly wish I had listened to my mother.

When my daughter Lizzy was only three, she was attending a school for kids with special needs. Even though we had two MRI's that showed significant brain damage, all the professionals we had seen up to that point still couldn’t really tell us what that actually meant for her future.

It didn’t help that Lizzy’s progress was always somewhat spotty. One day she would spend the day having terrible meltdowns or being completely in her own world, and the next day she would sing a Beatles song and answer a question that no other child could get.

She had her teachers, doctors and me stumped. I wanted to believe that she could have the same bright future that I fully expected her brothers to have, but some days I was really scared that we were dealing with something well beyond my pay grade.

One day Lizzy’s teacher said she had a really tough day. I was ready to drive her home but was having a horrible struggle trying to get her into her carseat. Lizzy was screaming at an ungodly pitch and seemed to not even know who I was. I was doing everything in my power to get her safely in the car and to calm her down.

Another mom who I was friends with saw me and came by to give me a hand.

Lizzy had stopped her meltdown and was now happily playing in her own world, comfortable in her carseat and acting as if nothing had happened. I started to cry and confided to my friend that I was terrified about Lizzy’s progress. I knew something was really wrong with my kid, and I had no idea how to help her.

I was frustrated that I couldn’t seem to get any real answers as to what was wrong with her or any way as to how to solve it. I was scared for her future, and it was hard for me to accept that she might never go to college or live on her own, things I had just assumed would be in her future.

My friend let me talk a bit, and offered me some well-needed comfort. Lizzy and I then made our way home, and I never really gave this particular incident a second thought.

Until one day, two years later, when I was taking Lizzy home from kindergarten.

It had been a tough few months for my sweet daughter. She had spent the first half of the year in a kindergarten class that was not at all suited for her, and I had spent months trying to get her into a classroom that was more appropriate for her. Finally, I succeeded getting her moved to a program that was for children with special needs. Lizzy had finished her first day of school and she was smiling as I picked her up. As we walked to the car, I asked her how she liked her new school.

I smiled and wondered where that came from. And then my heart sank. I flashed back to the conversation I had in the pre-school parking lot a couple of years earlier. I then searched my memory for any other time I might have said something similar. I wasn’t really sure if she knew what college was, or if she just knew it was something I didn’t think she could do.

Feeling as if I was the worst mother of all time I looked at my daughter’s sweet face and told her if she wanted to go to college I would do everything in my power to help her. She smiled back, content with this answer.

From that day on I have always done my best to remember what my mother tried to teach me many years ago, that our children are always listening.

This piece was previously published on My Dishwasher's Possessed! Check out Kathy's latest project, Every Family's Got One (a story that is)