Why I Let my Kindergartner Dress Herself for Picture Day

Published by Audrey McClelland on October 12, 2018

Victoria is my "baby", youngest of 5 kids. Everything with her is bittersweet because I know she's my last. I've tried really hard throughout the last 5 years to embrace every single "1st" moment because I know there aren't any siblings behind her.

When I received the note in her Kindergarten folder that Picture Day would be October 11th, I got excited. She's my only girl, so I went a little overboard - I mean, this is her Kindergarten photo! This will probably be in her yearbook someday!

I went online and bought an outfit immediately.

I'm going to be honest with you - I never, ever buy the school photos - just the Kindergarten ones! I know - total mom fail, but I just don't. I know I shouldn't admit that, but it's true!

In any case - I woke her up on October 11th extra early to give her a bath and wash her hair. I picked out the "perfect" outfit for her - a little blue floral Lilly Pulitzer dress with gold loafers and lace trimmed white socks to match. I even planned on french braiding her hair and adding cute little blue ribbons on the ends. I had the whole image in my head, just ready to be executed! I couldn't wait! She was going to look so cute! I had everything laid out on her bed ready to be put on after her bath, just like I had planned.

Well, the second she saw the outfit she said to me, "I don't want to wear that." She did't say it rudely, she just said it to me straight. I instantly started to get frustrated, trying to convince her that this was the best outfit to wear for Picture Day. I started explaining that everyone is going to get dressed up and it's an important day... I really started to lay it on, and my tone was definitely one of frustration (after all - I had this planned, right!?).

But something miraculous happened in that moment - incidentally - I had the TODAY Show on in the background (literally) ... and I heard Michelle Obama speaking. I stopped what I was doing, walked into my bedroom and watched her as she was talking about International Day of the Girl... and how we need to inspire girls to be who they want to be. I sat there listening to her talk and I was just nodding my head as she spoke. 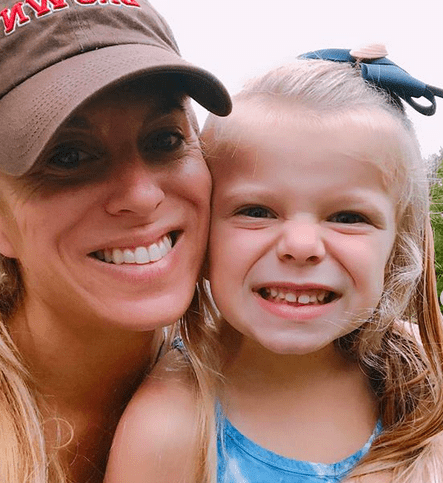 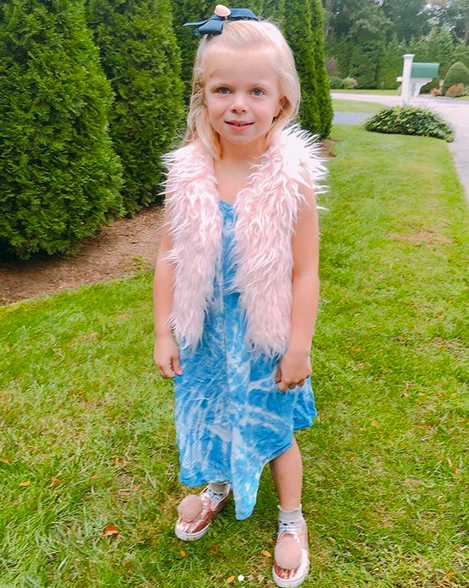 She opted for her favorite tie dye dress (with her favorite shorts underneath), pink faux fur vest, her favorite animal socks that were once Henry's, her pink pom pom shoes and she wanted her hair down (which she never does) - not in braids or in a ponytail. 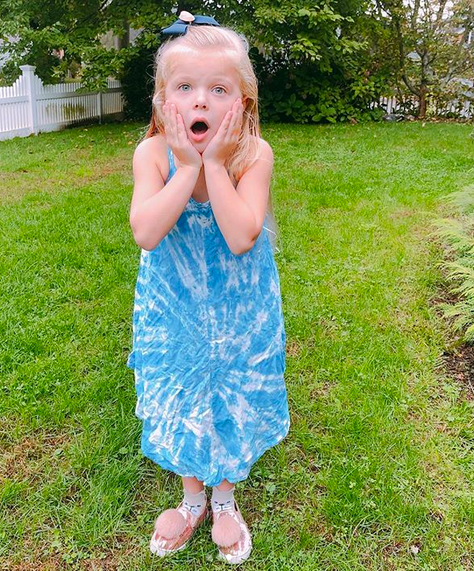 You know what?? She was uniquely Victoria and looked PERFECT.

I think this year's photo is going to be my most favorite yet -- and I haven't even seen it yet!

She's Growing Up, But She'll Always Be My Baby
My son has a girlfriend
A Letter to First-Time Kindergarten Parents
advertisement

She's Growing Up, But She'll Always Be My Baby
My son has a girlfriend
A Letter to First-Time Kindergarten Parents