Why Feeding Your Children Non-Dairy Milk

It is well established that taking a glass of milk from time to time is beneficial to the body. And for children, the benefits are even more. From boosting their development to promoting healthy teeth and bones, there is a long list of the advantages of taking dairy milk, such as cow’s milk and mare’s milk. Without a doubt, dairy milk is the most common type of milk due to its several pros and regular availability. 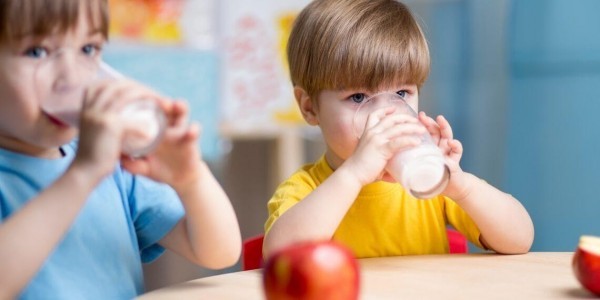 However, time is changing, and it is not surprising that many families are beginning to choose non-dairy milk. This is often due to lifestyle change, health issues, and other factors that may force families to consume different types of milk. Typically, these kinds of non-dairy milk include coconut milk, soy milk, flax milk, rice milk, and almond milk. Nevertheless, the main concern is with the children. Are non-dairy as nutritious and healthy as dairy milk? How do these non-dairy alternatives affect the development of children?

Recently, there have been a few studies conducted to examine both the short-term and long-term impacts of non-dairy milk on child development. Although debates still linger on the effects, there are some interesting findings that can go a long way in affecting the decisions of most parents. So, let’s check out how non-dairy milk affects a child’s development.

In 2017, the American Journal of Clinical Nutrition researched the effects of non-dairy milk, and the results revealed that children who didn’t take dairy milk tended to be shorter than those that took it. The study was conducted in Canada and involved 5,034 children who were tested to be healthy and fell between ages 24 to 72 months. These children were divided into two groups; thus, allowing a comparison of children fed with dairy milk to those who did not take it.

It was discovered that those who did not drink cow’s milk were shorter than those in the other group. The result showed that a 3-year-old who didn’t take cow’s milk was 1.5 cm shorter than another child of similar age who took cow’s milk.

Nonetheless, correlation is not necessarily causation. In other words, this research only suggested a potential association between non-dairy milk and a child’s development. Therefore, we cannot establish an association between these two factors yet as there may be some other confounding factors that could have been responsible for the difference between the heights of these two groups. Notably, there are still other studies on the subject.

In the meantime, parents only have to be careful when feeding their kids with non-dairy milk. This is because these kinds of milk may have adverse long-term effects on the growth and development of their children.

Non-dairy milk is low in protein

Firstly, proteins offer vitamin B, vitamin E, magnesium, zinc, and several other essential nutrients to the body. These nutrients play a pivotal role in making sure that children grow at the appropriate rate and don’t have joint or bone issues. Sadly, the majority of the types of non-dairy milk are relatively low in protein when compared to dairy milk like mare’s milk and cow’s milk.

For instance, each serving of almond milk contains only 1 gram of protein, whereas the same quantity of cow’s milk has 8 grams. This shows a big difference in the proteins that the little ones can gain from consuming these kinds of milk. It is worthwhile to note that rice milk, hemp milk, coconut milk, and cashew milk also have a low protein level.

Therefore, before giving any non-dairy milk to your child, ascertain the level of protein in the milk. Except such milk has been proved to have excellent protein levels, don’t use them as this may jeopardize the growth and development of your kid.

However, everything about non-dairy milk is not bad because some of them are known to have specific positive effects on babies. For instance, some children are intolerant or allergic to cow’s milk. Such kids can take non-dairy milk as a replacement. Alternatively, those kids can also consume mare’s milk, provided they are not allergic to it.

My Name is Shailesh Rana here we offer Parenting Services

Worry about your baby health? Get the right baby formula
Teen with acne? Here are some tips and an app that may help
8 Reasons why pollution is bad for our children?
advertisement

Worry about your baby health? Get the right baby formula
Teen with acne? Here are some tips and an app that may help
8 Reasons why pollution is bad for our children?