When your plan doesn't happen: A dad's perspective on pregnancy loss

Published by Josh Benson on February 9, 2020

My wife and I met in the television news business. It’s a place full of deadlines, timelines and plans. Without a plan, stories would be missed, newscasts wouldn’t make air and we’d cease to exist as an industry.

Having a plan is one thing my wife Tara and I excelled at, especially together. We made plans to move around Florida. We made plans to get two dogs, two cats and lease two cars. We found that planning worked very well in business and in our personal lives.

After we were married, we wanted to have kids. That was the next plan. Five years ago, our dreams of becoming parents were made. We were having twins! Life was perfect.

Then came the appointments. We followed doctor’s orders. But one day we got some strange news. One of the babies wasn’t developing. The other was doing great. We got the awful news that we were only having one child this time around.

That wasn’t a part of the plan. At first, I didn’t know what to think. I was just thrilled I was having a healthy baby. And while I felt awful about losing the other, it didn’t hit me like it hit Tara. There’s a strong connection between Mom and Babies that guys just don’t experience. It took me awhile to understand the true scope of what just happened.

Making matters worse were the appointments we so carefully planned. When we’d arrive, the nurse or doctor would walk in and say,

“Congratulations on the twins!”

Only to have us remind them its now, sadly, only one.

This went on for weeks and weeks. One update in the medical records would have fixed this hellish problem. But each time, it was like a dagger for my wife. I grew frustrated and angry. She grew sadder.

The day of Tara’s C-section we were ready to go. We couldn’t wait to meet our new baby. Tara was beautiful. She actually got ready for this big event. Beautiful hair, nice dress, maybe some makeup, I’m sure. And her belly stuck out as far as it’d go. It was time.

We were sitting in the intake office and a nice woman behind the desk was looking over paperwork. She was very sweet and was genuinely excited for us.

“Congratulations, you’re having twins. What a wonderful day!” she said, unaware she dropped a bomb.

I reminded her we weren’t. She shifted in her chair and apologized. We were just used to hearing it at this point. Since the paperwork and bracelets were preprinted, there was even the word Twins on Tara’s hospital bracelet. A staff member cut that one off and placed the correct one on Tara’s arm while she was in pre-op. That stung.

But later that day, magic truly happened. Bella James Benson was born into our world and to this day is the most amazing little girl I’ve ever seen. Yes, I’m a bit biased.

Life was difficult the first year since we, like many other couples, had to adjust to life as parents. I could sense my wife was taking the loss of Bella’s twin very hard. I would get frustrated, because I didn’t understand it like she did. That took work. But we worked through it together.

Our plan was to have three kids and space them out every two years. A perfect plan, right?

At that point we started trying. Lightning struck twice and Tara was pregnant again. We were over the moon.

We started planning the appointments. We went to the first one. Things were great for the most part, but some of the levels were a bit low.

“The next appointment we’ll need to see those numbers double,” the doctor said.

The next appointment they didn’t double. But they increased. It was a very helpless feeling. The baby was growing, just not fast enough.

By the third appointment, we knew there was trouble. This baby wasn’t going to make it. Now our plans included a return trip to remove the baby we’d never have the chance to meet.

This was crushing for both of us. We wanted that baby so badly and Bella needed a sibling. Now we were wondering what was wrong and with who? That stress and pressure weighed on both of us…for months more.

We finally got to the point of trying again. We tried and tried some more. What was going on? The last few times were so easy and now we’re doing exactly what we did before, but it’s not working. We grew frustrated. Months went by. Tara did get a positive test one Sunday, only to find out three days later that dream was shattered as well.

Our efforts were helpless. I tried to be reassuring to Tara. She appreciated my help, but you could tell she was struggling with the situation. We decided to look into fertility treatments and what that entailed. We were told it would be several months before we could even get an appointment.

Then something interesting happened. We stopped planning. Tara stopped using her ovulation tests and (multiple) tracking apps. We just waited for the appointment and tried when we felt like trying.

On a Friday in July 2019, we got the call that we were on the list for an appointment with a specialist. The problem was, we’d have to wait until September.

The following Monday, however, Tara got a positive pregnancy test.

And here we are today. Tara is due on March 26th. And since we’re planners, we know a few things. We’re having another baby girl. She already has a name: Brooklyn Hart Benson. Her closet and nursery are already almost finished. Mom and Dad can’t wait to meet their bundle of joy. Bella is beside herself that she has a sister on the way.

We’re beyond fortunate and blessed to be able to have two kids. We don’t plan to have any more at this point. It’s been a huge struggle – but one that is worth it in the end. We’ve read stories of friends and strangers who never got to meet their babies. Or they lose them late in the pregnancy. That, even as a ‘tough dad’, breaks my heart. I can’t imagine a world without Bella, and soon Brooklyn.

But it also goes to show you that plans are good, but you can’t plan your life. The minute we stopped planning; things worked out for the better.

So, some advice for new Dads out there: plan ahead but live your life first. 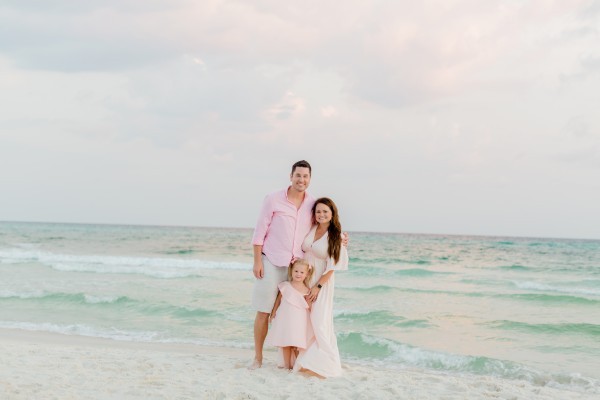 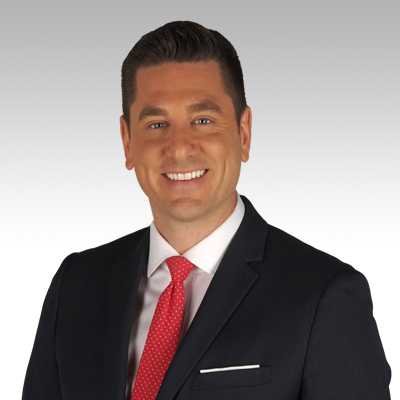 Josh Benson is a news anchor at WFLA in Tampa, and a proud father.