When Your Child’s the Butt of Everyone’s Jokes

Published by Danielle Craig | Happiness in Progress on June 3, 2016

Can I tell you something?

I made fun of food allergies.

I was young, in high school. In my defense, if I can have one, I’d never actually met anyone with food allergies.

My jokes were typical – the same stuff we saw in the movies of the time – the nerdy kids with food allergies as if they chose it like an extracurricular in chess or science club (which is not nerdy, but the beginning for our brightest kids!).

The words, the laughing – it haunts me now.

Somehow food allergies are the punchline – over and over again.

Just last month on the Today Show, Al Roker laughed to a joke about nut allergies saying, “Everybody EpiPen me.” He was referring to the medicine that can save my son’s life if he stops breathing after eating nuts or shellfish (the Today Show and Al Roker did make it right with an awesome awareness segment you can find here).

A recent prank show had someone fake an allergic reaction to peanuts, one of The Bachelorette’s newest cast of men said his deal breaker is “a serious food allergy” in a woman, or a recent Facebook treasure of a woman referring to more-accessible peanuts as “thinning the herd a little.” 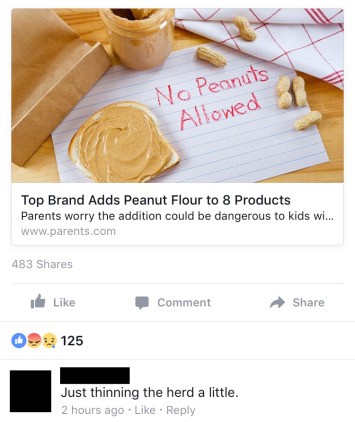 Kimmy of Netflix’s hilarious The Unbreakable Kimmy Schmidt said, “Remember me – I brought in those nut brownies that almost killed a couple kids?” Even Bad Moms has a little joke about special diets when Mila Kunis revolts saying, “No! I’m so tired of trying to be this perfect mom.”

For me, it’s not about being a perfect mom. It’s about keeping my child alive. Keeping my 4-year-old breathing, his heart pumping and his blue eyes lighting up the world.

I try not to be offended by all of this, especially the latter two – because I get it, it’s comedy. That’s how comedy works.

But it’s not just once.

How do I explain to my child he is the butt of so many jokes? 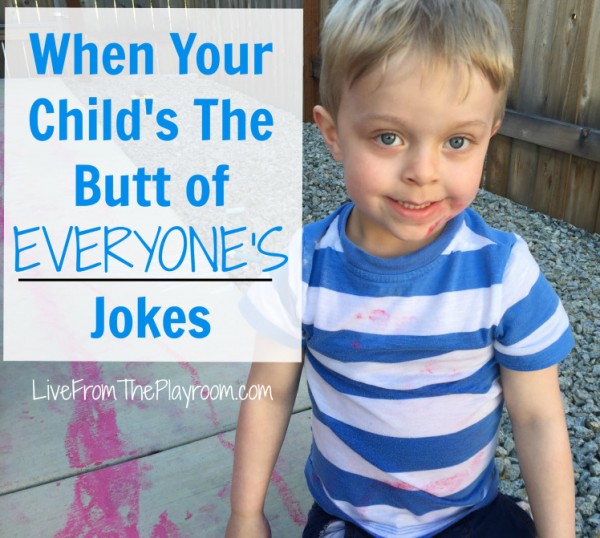 How do I tell him someone thought it would be funny to fake our worst nightmare to prank his friend? How do I tell him people think it’s funny to discriminate based on food allergies? I can’t even put into the words how I would describe a hurtful comment like “thinning the herd” to him.

What would the light in his bright blue eyes do? Would it shine as bright?

Isn’t he more than one in a herd?

Isn’t he more than a punchline?

He is so much more than the food allergic person I had worked up in my mind in high school. You know, the dorky one? The one whose bag falls and all of that medication falls out.

Now, I know those medications are life-saving. They’re not funny. It’s medicine. The typical food allergic kid is not carrying it around because he’s crazy (or because his mom is crazy) or because he wants to wear a fanny-pack.

He doesn’t want to be a bad date. He can’t go to that restaurant because it’s all-you-can-eat shrimp and crabs.

He’s not asking for an alternative to your homemade cupcakes because he’s a millennial’s kid whose bound to be an entitled brat. He’s asking so he can take part with his friends without putting his life on the line.

If he yells “Everybody EpiPen me!” it will be because he’s losing consciousness with only numbered breaths left.

Look, I’ve been there. My high school-self laughed at the medical condition I didn’t know my son would have ten years in the future.

But now I know – food allergies define the 1 in 13 children who have them, as much as my severe migraines define me. That’s right – nada, zip, nothing.

Spread the word – the face behind the allergy. Understand these are kids, these are people, these members of the “herd” – they’re going to do amazing things.

He’s a 4-year-old. He loves Snoopy, building and trucks. He asks to go on weekly trips around the neighborhood to pick up trash. He’s teaching his brother the ABCs. And he says he’s “pretty good at saving people” so he wants to be a police officer.

If you liked this post, follow Live from the Playroom, for weekly food allergy posts! Don’t forget to check out this – What I want my son with food allergies to know to save his life. 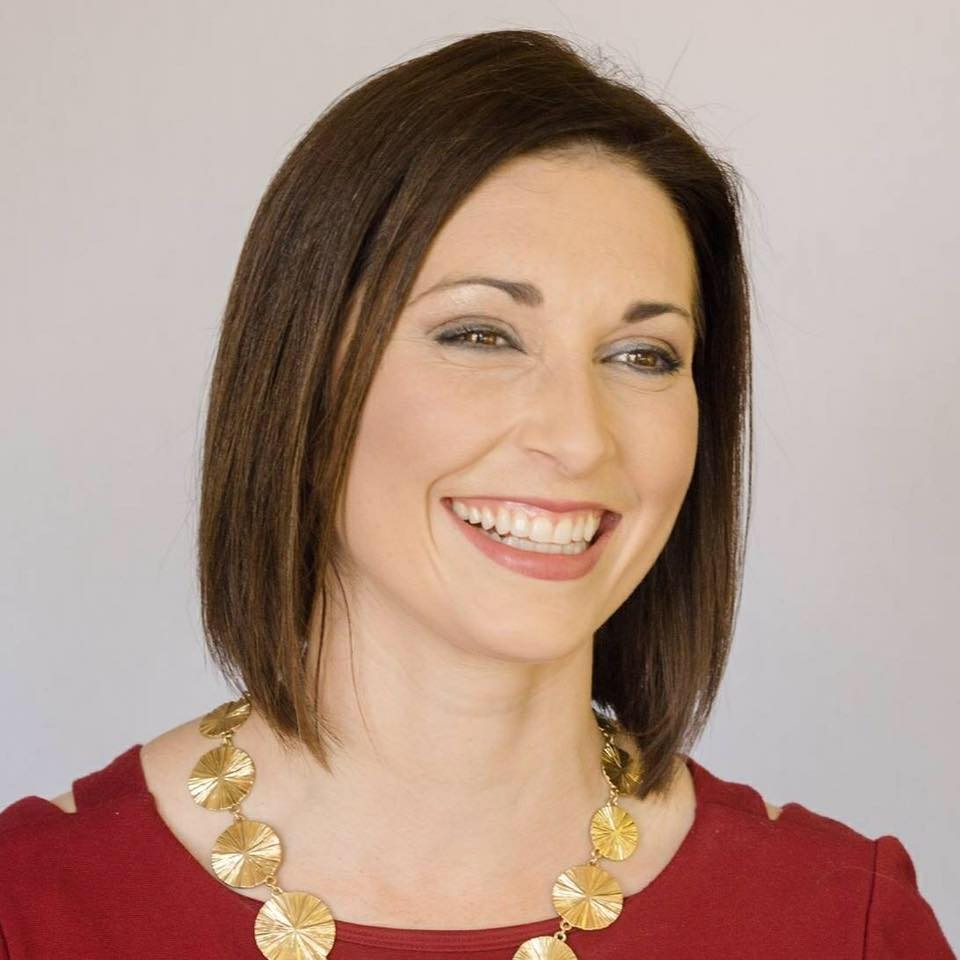 Danielle Craig is a mom of two boys, wife and Emmy-award winning journalist. Now she is a blogger and host of the Happiness in Progress podcast. She writes about finding joy in the messiness of life, including parenting.