When Things Don't Go According To Plan 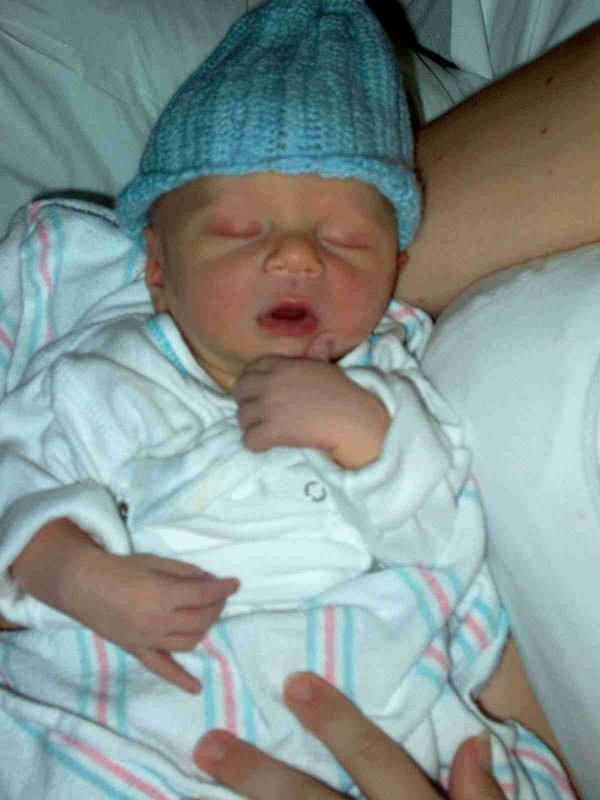 ​When I was preparing to have my son I was sure I wanted to breastfeed. I read all about the do's and don’ts of starting off right. I was told not to let the hospital offer a pacifier or bottle because 'They'll get used to it and not want you.”, and "Nurse the second he's born so he'll be comforted by you." So I filled out the birth plan forms exactly how I wanted everything to go. I'm sure the nurses got a really good laugh!

I showed up to my 38 week appointment looking like Jabba the Hut but feeling pretty fantastic because everything was going just as it should. That was until the doctor told me I had preeclampsia. Well what the heck! This wasn't part of my plan.

I was bound and determined to have everything go according to my birth plan. (I still laugh at this.) After a long afternoon of labor and every trick in the book, my son was born. They set him on my stomach and my first thought was love. My second thought was, "You’re totally going to wash him off before I let him touch my boob."

They took him away to check him out. A nurse brought him to me and said, "He's a cutie…and winner of the Conehead Olympics." They tried to put one of those cute little striped hats on him. It rolled up and popped off the top. They had to get a toddler hat. He had a rough entry into the world and for the first few days every time we'd hold him we could hear and feel the clicking of the bones in his head moving. It was TERRIFYING! His head popped back into a normal looking baby remarkably quick, but not without baby Tylenol every few hours to start his life out.

Then once we were both cleaned up, I try to breastfeed. Nothing happened. I thought, "OK body, baby's here; let's get the milk tanks turned on." The nurses assured me it could take a day or two for my milk to come in. Everything I read said if you wait too long it will never happen. I was so confused. I had a smidge of hormones rushing through my body. All my friends started giving me advice on the problems they had. All my relatives said they couldn’t relate because their milk came in right away. I found it all super NOT helpful.

In need of a shower

Figuring out how to diaper a circumcised baby

Baby with a major headache

Both of us in diapers

Not Supermom. Not according to the plan.

Every time my son drank from a bottle or used a pacifier I cried. I felt like I was failing. I was done being overwhelmed. I was done listening to everyone who came for a visit. I was done listening to every book I’d read. My mom said, “Stop all of this other stuff and just listen to him. You know what to do. Your body knows what to do.” I was his mother and I knew what he needed. There isn’t one person on this planet who is more of an expert on my own children. I had forgotten who I was for a moment and my mom helped me snap out of it.

At 7 p.m. on the fifth night my milk came in. He ate. We slept. That night Supermom was born. Not because I did everything right and it all went according to plan, but because we survived it. Women have been having babies for hundreds of years without an ounce of advice or fancy gadgets. Maternal instinct is real. Sometimes the switch just needs to be turned on. Starting from the basics saved my motherhood experience.

My kids are now teens and tweens. We survived the crying baby and midnight changing stage. Now the Bat signal that makes this Supermom bolt of out bed is, “Mom I think I’m going throw up.”

Every stage is an adventure. As our Pediatrician tells me,

“They’ll be fine. You’ll be scarred for life.”