When Should Kids Be Involved With Choosing A New Home? 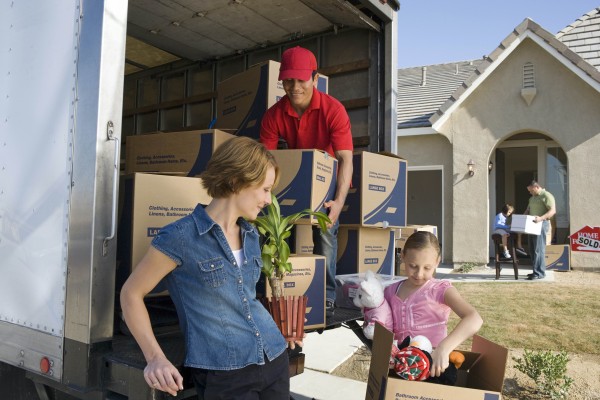 Moving to a new place can involve quite a bit of planning and more so if the move is over a long distance. When kids are part of the move the challenges can be even higher especially with older kids who are worried about losing their friends. Whether the move is a necessity for work or some other reasons kids can and should be made part of the process so that they can feel their opinions are being taken into account. Read on for more tips on when and how kids should be involved in the process of choosing a new home.

A local move where most of the family and friends are still close by is definitely the easier move for kids to handle since they should not be missing out on hanging out with their friends. If the move involves changing schools then there is some challenge for the kids since their friends in the current school are the only friends they have known for their entire lives. For younger kids still in early elementary or earlier grades the impact may not be as significant as they have not generally formed the deeper relationships they will when they are older. For those kids it may be a matter of just explaining the reasons for the move and explaining how the child will get to meet new friends. At the younger ages kids are more excited about the newness of things like a new house, new room and maybe new school.

For older kids on the other hand having to move when they have been literally growing up with their friends can pose more of a challenge. The local move with no change of schools is an easier pitch to make towards older children since the only change they will be confronting is on the home front and their friends and schools will remain the same. Older children should attend home showings with the parents so they feel part of the process and can start to learn about the process itself. As kids see different homes and different neighborhoods they can be asked to provide input on what they liked and did not like about homes they saw. While every home cannot be perfect to everyone, with the parents understanding their children’s likes and dislikes when they do find the perfect home the kids can be shown what in the house meets their likes.

If at all possible the kids should be allowed to choose their own rooms as well. Sometimes that may not be possible if everyone wants the same room in which case it will be up to the parents to assign the rooms based on how they see fit. Many kids will settle in just fine into their new rooms once they are able to move in their belongings and decorate the room according to their desires. The more the kids are able to make choices for themselves with regards to moving the better they can adjust to it.

Long distance moves can be trickier since the child is not only moving to a new house but also moving away from all their friends. With today’s hyper connected world this can be less of an impact since friends can still keep in touch via text messaging, video chat, social media and more. Not having those friends physically close by though still can make it tough on older kids. If the move is to be closer to family that can help somewhat since it will be easier for the children to work themselves into an existing social circle when their local family members already have friends there.

Completely new areas for work or other reasons though will mean an adjustment period for the children as they learn about the new schools and make new friends. Parents should encourage their children to make new friends and actively take them to events where they have the opportunity to meet other kids in the same age group. The parents mingling as well with other parents with children of a similar age provides a great example for children that meeting new people and making new friends is not all that hard to do. As the kids meet more friends and their circle begins to grow they will quickly find themselves in a similar routine as they had back in their old place of residence.

Some kids may take longer to adjust and parents will need to do their best to help their kids cope at their own pace. There is no need to force children into situations that will make them feel uncomfortable as that can be counterproductive and back fire ultimately. Everyone including adults adjust on their own timing and should be allowed to do so.

Kids can feel more part of the process by allowing them input on the neighborhoods to find a home in if the move initially involves using short term housing before committing to a house and neighborhood. Giving the kids some voice in matters of where to ultimately live in a new city makes them feel more part of the process and helps with the buy in of the whole idea.

Whether the move is a local move or a long distance move kids should be given as much advance notice as possible in order for them to prepare themselves for the move. Letting kids know they can still keep in touch with friends and maybe even visit each other from time to time will take some of the sting off of the move. Whether they acknowledge it or not parents are the first line of support for their children. By being in front of everything and letting the children know everything will be fine in time can make the move easier.

No move is an easy thing for children or adults. By taking time to explain to children the reason for the move and allowing them some choices parents can help make the transition go a little smoother. Kids will need some time to make the adjustment and some may do it quicker whereas others take a little longer. Parents need to help their children along as they make their adjustments.

How To Make Moving Easier On Your Kids
5 Tips For Moving With Kids
Moving with Kids? 6 Tips for a Smooth Transition
advertisement

How To Make Moving Easier On Your Kids
5 Tips For Moving With Kids
Moving with Kids? 6 Tips for a Smooth Transition