When mom comes out: A mother’s journey to celebrating her own queerness

Anyone who knows me knows I’ve always worn my feelings and thoughts and emotions right out in the open, basically dripping off me for everyone to see. Not in an annoying and over-sharey kind of way (I hope), but because I’ve always wanted to be as transparent as I can be in my life, especially over the past 25 years since becoming a mom.

I’ve done that for two reasons. First, it’s who I am at my core, so it’s just always been my default setting. And second, because I’ve wanted the people around me to know they were always in the presence of the real me, especially my two daughters. Which is exactly why I’ve always encouraged my girls to live their lives with the same brand of authenticity. So has my husband. The only problem was, in a deep, dark corner of my heart where no one could see, I was a hypocrite. I was authentic about every part of my life except one: my sexuality.

So, when our oldest daughter came out as bisexual the summer before her junior year of college, we celebrated that sharing of her truth as perhaps our biggest win as parents. She was being true to herself, insisting that the exterior the world got to see would align in all the ways with who she was on the inside. And she trusted us with that truth, giving us one of the greatest gifts we’ve ever known as parents. She was showing up in the world exactly as we’d always hoped our children would, as her best and most authentic self. And it was beautiful. Secretly, though, my heart was filled with a mix of immense feelings of pride in my daughter and an equal amount of disappointment in myself because of my own inability to be that honest and brave. And it haunted me.

See, since I was a teenager, the better part of the past 40 years, I’ve known I wasn’t straight. And that feeling became a reality when I had my first (and only) sexual experience with a woman when I was in college. After that, I knew it wasn’t simply an experimentation or a questioning — it had become a knowing. The problem was a word didn’t exist for the type of queerness I was feeling. Or at least I hadn’t yet found my way to that word. In my personal vocabulary bank, there was gay, straight, bisexual and trans. Those were terms I knew, like most people. Yet, there were so many more definitions emerging that I didn’t know and was still trying to learn. One thing I knew for sure, though, was that I had the capacity to be attracted to people who spanned the gender spectrum as I knew it. I just wasn’t sure how to define it.

Still, the actual definition for who I was on the inside didn’t exist in my personal glossary. So, like the millions of people who have ever questioned their sexuality or identity but just weren’t sure about which box to check, I just balled up my abstract feelings and carried them around in my pocket. For decades. The only thing I knew for sure was that I was in love with and attracted to my husband who’s been my person for the last 37 years. There was zero doubt about that. But something else was gently gnawing at me. An awareness, maybe, I wasn’t sure. I just knew my heart had the space for more, but I wasn’t sure exactly how to define that feeling. Or, if I even wanted to.

It was shortly after our daughter came out in the summer of 2019 and began excitedly sharing all the nuances of the LGBTQIA+ community, and the bucketful of new identities she’d learned, that something unexpected happened. During one of our many beautiful conversations about the differences between the many types of sexual orientations, she casually mentioned the term pansexual, a word I’d heard but knew little about. Then she defined it as having a sexual or romantic attraction that is not limited to people of a particular gender identity or sexual orientation — being attracted to all kinds of people, regardless of their gender, sex or presentation. And I just froze in my seat, quietly connecting the dots within myself. And for the first time in my life, at the age of 52, I knew exactly who I was. I was pansexual. And my first instinct was to embrace it in every way. 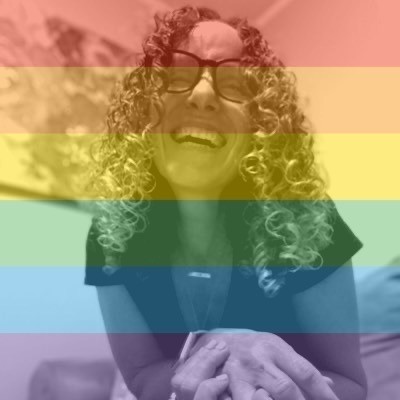 Needless to say, the very next thing I did was tap into the same courage my daughter used to come out to us, took a deep breath, and said, "Honey, I think I’m pansexual." And, as you’d probably suspect, she held that space for me with the biggest and most loving arms, returning the same unconditional love and support to me that we gave to her.

Now, at this point, if you’ve read this far, you’re probably asking, WTF? Why now? Why at all? Like, unless I was revealing this powerful truth about myself so I could uproot my life and run off with someone else, then what was the point of sharing?

Well, here’s the thing. It’s like I said earlier: I’ve always believed in putting everything out on the table. Because when we do that, we don’t waste any time or effort hiding ourselves or making excuses or living in fear that we’ll be judged. In my mind I’d already wasted too much time doing that and didn’t want to waste a second more. And, as a mom (especially the mom of a queer child), I also wanted to fully model what we’d taught our daughters about being true to themselves.

One of the most powerful lessons I’ve learned through my own coming out is that representation matters. So, so much. Because when we identify as a member of a community, that community grows and strengthens and diversifies in all the best ways. It’s through our shared stories and experiences that we connect with the humans around us and realize that we’re not quite as different as we think we are in our own heads and hearts. In fact, when we reveal our true selves, it’s like we’re creating connective tissue that binds us to the other people around us who are going through some of the same things we are. And then a beautiful thing happens … that sharing of our truth normalizes what we’re feeling or experiencing and reinforces the fact that we’re not alone out here. Because when we move something from the inside to the outside, it acts as a beacon that attracts other people, which is exactly how strong communities and movements are born and what enables them to thrive.

So, if you’re looking for the real reason(s) why I chose to out myself as pansexual at the ripe old age of 52, with two grown daughters and a 27-year marriage to a cisgender man, it’s pretty simple. After a lifetime of carrying my queerness tucked safely and secretly in my pocket, I felt it was more important than ever to wear it proudly around my neck as a way of normalizing sexual orientation and everyone’s right to choose who they love and how they express themselves. What I didn’t do was out myself because I wanted to make some big, jarring life change and leave my husband for someone else. Because that wasn’t at all the case. Instead, I made the intentional choice to bring my queerness into the daylight so its shine could help strengthen the greater LGBTQIA+ community. And, of course, so I could support my daughter and finally move about the world as my authentic self. That’s it. Period. Hard stop.

The LGBTQIA+ community still has a ton of work to do to change the narrative of what it means to be queer. And the way we de-stigmatize being LGBTQIA+, so that everyone feels free and supported to love who they love and identify exactly as they believe themselves to be, is to normalize gayness. So here I am, a proud (and now vocal) ally and member of the LGBTQIA+ community, doing my own personal work to help dissolve the stigma of being queer.

So be gay. Say gay. Support gay. And celebrate exactly who you are, because when we meet the world with our true self, the people who reach their hand out to us are our real people. And those who don’t, well, #&%! ‘em.

Lisa Sugarman is a parenting author, a nationally syndicated columnist and a podcast host living in Boston. She writes the syndicated opinion column "It Is What It Is" and is the author of "How To Raise Perfectly Imperfect Kids And Be OK With It," "Untying Parent Anxiety" and "LIFE: It Is What It Is," available on Amazon, at Barnes & Noble and everywhere books are sold. She’s also the co-host of the podcast "LIFE UNfiltered" on iTunes and iHeart Radio, and a contributor on Healthline Parenthood, Grown & Flown, TODAY Parents, Thrive Global, Care.com, and Little Things. Lisa is also the parenting expert for SocialMama, the friendship app for moms, as well as an advocate for suicide prevention and awareness and a survivor of suicide loss, losing her dad Jim to suicide at age 10. She’s also a proud member of the LGBTQIA+ community. Lisa lives with her husband and two daughters just north of Boston. Visit her online at lisasugarman.com. 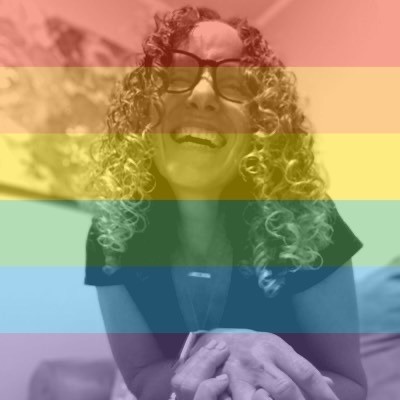 Among other things, Lisa Sugarman is a wife, the perfectly imperfect mom of two grown daughters, the writer of the nationally syndicated humor column "It Is What It Is," the author of “How To Raise Perfectly Imperfect Kids And Be Ok With It," “Untying Parent Anxiety,” and “LIFE: It Is What It Is,” available at Barnes & Noble, on Amazon, or wherever books are sold. She's also the cohost of the podcast LIFE UNfiltered on iTunes and iHeart Radio. Lisa is a survivor of suicide loss, losing her father Jim to suicide at age 10, making her a passionate advocate for suicide awareness and prevention. She's also a proud member of the LGBTQIA+ community, working to normalize queerness and help support at-risk LGBTQIA+ youth. Visit her at lisasugarman.com. She digs company.

When Your 4th Grade Son is Called "Gay"
Where's the Mom?
Infertility uncovered