What’s real or fake on the internet? Students help us find the answer

For most, the Internet gives us as much reason to cheer as it does to weep. It enables so many conveniences for a busy working mother like me, whose children are nearing the end of a school year, when calendars are filled, deadlines abound, and the promise of a sane, relaxing summer still requires hours of planning and communication. But spending any time online can also end in a lot of frustration and chip away at the promise that it can change the world for the better. Trolls, bots, hackers, deceptive advertisers, and people spreading false information or encouraging bad behaviors are beginning to crowd out the ones who are just there to use the Internet in productive and positive ways.

The increased skepticism each person must now use to size up a tweet or email or ad is not all bad; those of us who have been advocating for online safety and media literacy for years have long advised “think before you post or click”. Developing an internal pause button is important, but only part of the solution; it’s equally vital that we learn how to recognize if what we’re seeing or sharing is trustworthy and that we’re not inadvertently causing more harm by giving misinformation, scams or clickbait a bigger audience than they deserve.

Becoming aware of these issues and learning how to navigate the Internet in safe and productive ways has never been more important. For a decade, we’ve spent a lot of time in communities and schools engaging with students and parents across the globe on matters of using the Internet in safe, respectful and responsible ways. A big part of that work involves sharing what we know with students; but equally important is asking them what they know.

Youth agency and empowerment has always been a critical part of our work. So many adults – parents, teachers, lawmakers, physicians, technology industry representatives and advocates – fret over the safety and well-being of our youngest citizens online. But as a whole, we rarely involve them in those discussions, despite the fact that they are some of the heaviest users of the very technologies that worry us. While they may not fully understand the power of the apps and games they so readily adopt, they are far more knowledgeable than many adults on how they work, why they are popular, and how they are used and misused by their peers. They possess a wealth of knowledge, so why not tap into it to better understand what exactly the problems are and how we might solve them?

That is why every year, we pose a question to students across the nation, always on a topic that is timely and critical to their well-being online. It is part of an annual contest called “What’s Your Story?”. Launched in 2010, this annual campaign is comprised of a video contest designed to empower students to participate in conversations about safe, responsible and successful technology use. We believe this initiative is important enough that every year, we award winners up to $10,000 each. The best competitors do a great job of not only having a great story and point of view, but also delivering that message to as wide an audience as possible.

Finding truth on the Internet

In selecting a theme for this year’s campaign, we narrowed down the list of topics that would be most thought-provoking and engaging, but also relevant and timely. Of all the issues facing young people online today, one of our biggest concerns was the erosion of trust in everything we see on the Internet. As the world struggles to distinguish the trustworthy people and content from the dubious, we were eager to know how students would answer this year’s question: How do you know if something online is real or fake?

We were not disappointed. The students who participate in the “What’s Your Story?” contest have never failed to amaze us and this year was no different. They brought humor, creative writing, strong performances and great editing skills to tackle a broader range of issues than we had expected. Looking for truth online to them is not just a quest for accurate information; it’s also about identifying any bias in its creation or creator. Seeking truth also includes separating the fake accounts and bots from the real people, and further evaluating how much those people are being their truest selves to the world.

This year’s contest, open to students in both the U.S. and Canada, brought forth a number of great entries from which several finalists were identified and three grand prize winners were selected.

Ronin Kubrakovich from Winnipeg, Manitoba won the individual category for his video “DON’T Believe Everything You See Online!” Kubrakovich’s video communicated a simple message: “Pause and do a little homework before you act upon things you see online.” This message was delivered humorously, with increasingly over the top examples of false information and a comical character that continued to fall victim to his own naiveté. The character finally learns his lesson thanks to his mother, a great nod to the role parents can play in helping their kids navigate the murky waters of the internet.

The Meadowbrook School of Weston, Massachusetts earned the grand prize in the U.S. school category for their entry “Real Or Fake? Use The Voices Inside Your Head”. Their video tackles the issue of deceptive advertising and encourages the viewers to listen to their instincts, especially if they are telling you to proceed with caution.

Finally, Colonel by Secondary School took home the grand prize in the Canada school category for their entry “How to Spot Fake News – Catfish Edition”. The video demonstrates an example of catfishing in a simple but humorous way, and the filmmakers cleverly protected their own privacy with the use of costumes.

After running the “What’s Your Story?” campaign for several years now (expanding to multiple countries over the years), we’ve learned two important things. The first is that students have a voice on things that matter to them and long to use it, and we should all cultivate and support an environment where they are encouraged to do so. The second is that they care a lot about making the Internet a better place.

Now more than ever, the world needs to come together to keep the Internet a healthy place and no one should be excluded from helping – most especially our world’s youngest citizens.

To see all the winners and find out more about the 2018 “What’s Your Story?” contest, visit whatsyourstory.trendmicro.com. 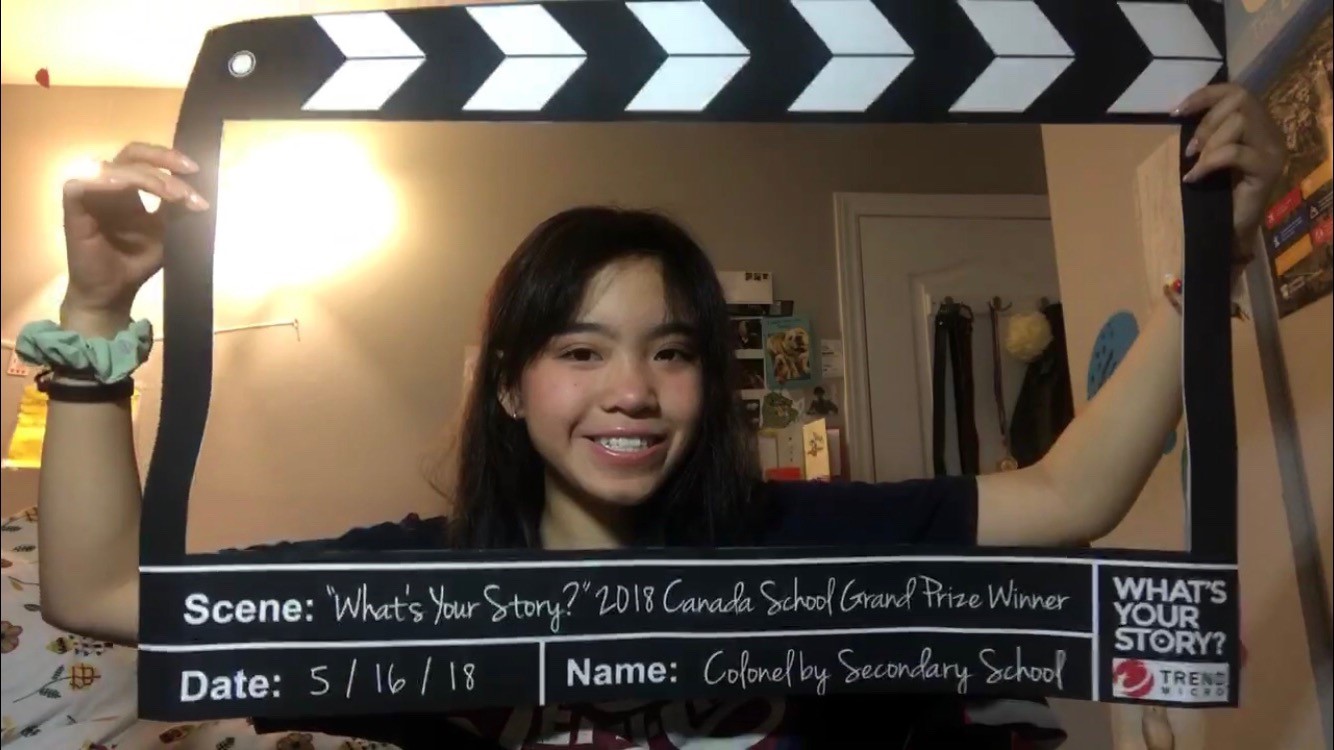 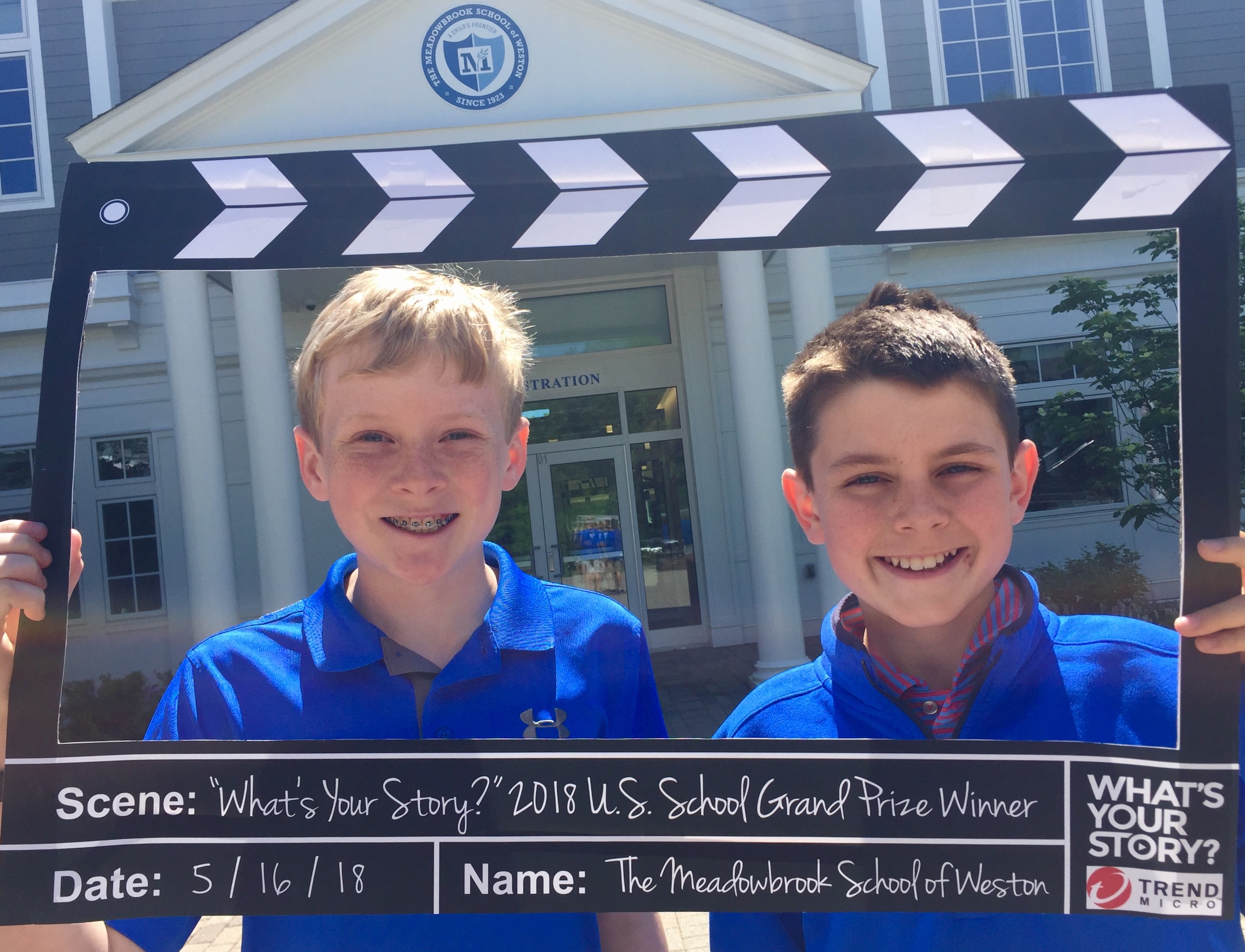 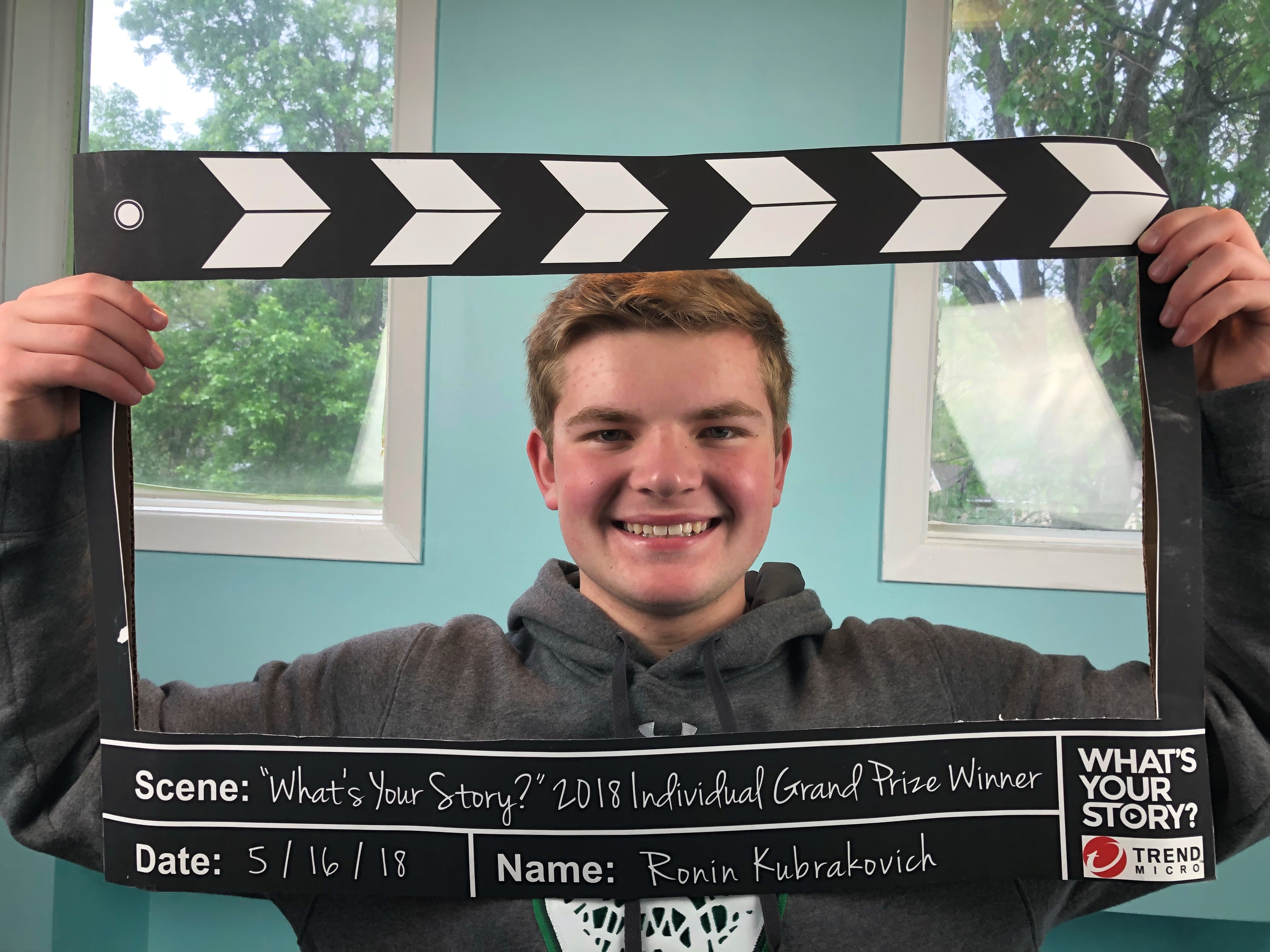 Lynette Owens, a pro-technology parent, online-safety advocate, and tech blogger, founded the Internet Safety for Kids and Families program to raise awareness and educate people about the safe and responsible use of the Internet.