What’s Missing in Schools? A Culture of Movement 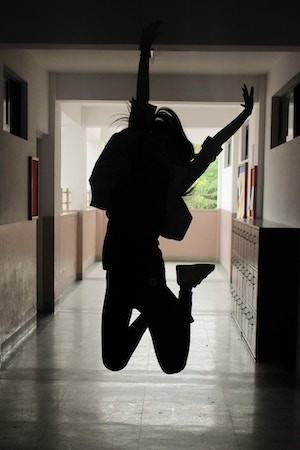 As if the childhood obesity epidemic isn’t enough reason to reconsider the classroom setup, author Eric Jensen has added fuel to this much-needed discussion.

In “Teaching With the Brain in Mind,” Jensen cites numerous studies that show the value of movement in the classroom to increase students’ abilities to absorb and retain new material and to get the most out of academic experiences. The link isn’t based on “junk science” but on what the medical community has known for decades: The brain needs oxygen, and exercise increases heart rate and thereby oxygen-rich blood flow. Even moving from a sitting position to a standing position can make the pulse beat 8 percent faster.

So why isn’t movement more prioritized in the school setting?

Instead of promoting motion, academia seems to be enabling kids and teens to continue sedentary pursuits. If the trend isn’t reversed, future generations may bear the burden of being less knowledgeable and healthy, not to mention woefully unaware of the value of physical activity.

One challenge that modern teachers face when looking to increase movement in the classroom is that the furnishings still look the same as they did generations ago. Children are using the same antiquated desks that were used by their older siblings — perhaps even their parents. Plus, educators have to fight the technology battle: The majority of devices promote staticity, not dynamism. I refer to this type of behavior as “technology-induced inactivity,” which puts children at risk of injury by weakening their bodies as they become more dependent upon machines.

On top of these concerns, many schools put a premium on scholastic achievement, not on allowing kids to take regular breaks. In other words, it’s fine to send children out for a 20-minute recess, but it’s frowned upon to encourage them to do anything other than dive into the day’s curriculum while in the classroom.

In this type of atmosphere, it can be tough for teachers and administrators to even envision a way to amend the “we’ve always done it this way” format of elementary and secondary schools. But these changes are needed to combat the growing health crisis.

Preventive Medicine published a study that experimented with movement in the classroom setting. It found that when physical activity was expected as part of the curricular experience, students improved 6 percent on standardized exams. As other authors of similar projects have noted, scholastic improvement and physical movement are connected. In a Journal of School Health case, student focus increased by 70 percent overall when lessons included some form of movement.

In my own supported research with the Texas A&M Ergonomics Center (where I serve as director), we found students who use standing desks burn 20 percent more calories than their sedentary peers. Equally impressive, high school students who used standing desks for a full year experienced up to a 14 percent increase in cognition compared with seated classmates. Schools can effectively integrate activity into their classrooms without giving up learning opportunities. The data above clearly supports that.

Learning institutions should always try to make a few changes in the classroom environment, followed by manipulating traditional expectations.

First, what if schools outfitted spaces with flexible furniture? Shouldn’t children be able to move around desks, tables, and even walls during lessons? A high percentage of the most sought-after workplaces in the nation now have adaptable workspaces. It’s fair to assume that the earlier kids and teenagers become accustomed to using furniture as tools, the better they’ll be ready to hit the ground running as productive employees in the future.

While some items in today’s classrooms are already fluid, I believe schools could also actively seek out unique furnishings like standing desks and movable walls to allow for special accommodations and more collaborative or project-based learning. Not only could this bring children from their seats, but it also might increase their chances of remembering what they’re taught.

Second, schools could experiment with offering consistent breaks to students. Instructors could encourage students to not only take breathers, but to use them effectively. Introduce meditation and mindfulness techniques into the curriculum to help build lifelong healthy habits. If kids see their educators standing, stretching, and moving around, they’ll probably be more likely to follow suit.

What if teachers incorporated interactive presentations into learning? In addition to keeping kids and teens from becoming bored, presentations have a way of turning classrooms into active places of cross-pollination where students educate themselves and one another with the teacher’s assistance. Allowing for standing and moving during lessons can’t help but enhance engagement (and benefit society in the long run).

And finally, what if schools found ways to promote activity outside the classroom? A school is more than a series of rectangular classrooms: It’s a community with its own culture. Administrators are in a position to move that culture toward activity by offering everything from lunchtime clubs to intramural activity opportunities to experiences with natural outdoor settings that have been shown to calm and reduce stress.

Schools remain some of the most important facilities in the country because they’re preparing emerging generations of entrepreneurs, workers, and leaders. By adding movement into existing curricula, educators could transform the way we live and work in the years to come. I think we’ll all be healthier, happier, and smarter because of their pragmatism. 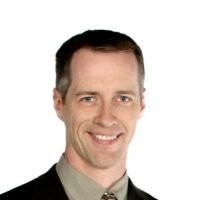