What My Husband’s Heart Attack Taught Me At Age 35

Published by Shahla Sandoval on January 7, 2018 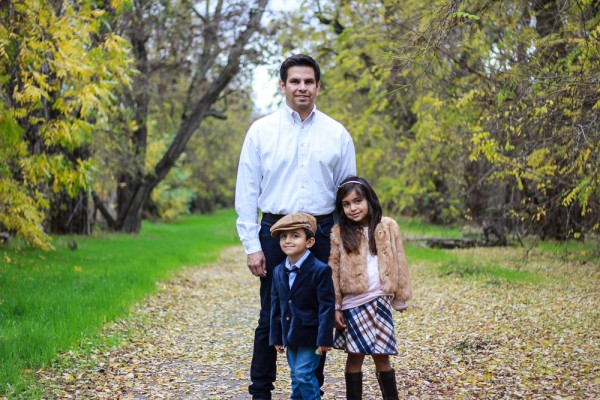 It has been twenty months to the day. The day that my 42-year-old, seemingly healthy, husband had a heart attack. It wasn’t at all like one would expect, what we are conditioned to see thanks to television and movies. However, there were a lot of signs leading up to it that were simply overlooked.

It was the day before my birthday. My husband, woke me up to let me know he made a last minute decision to work from home. He had an important deadline to make and wanted to use the time usually spent in traffic on his project instead.

As an early birthday treat, my sister had taken the day off so she could watch our two toddlers. She gave me the day to enjoy some pampering and wandering the aisles of whatever store I wanted alone. They were off on their adventure and I was off on mine. We all met back at my house later in the day. My sister and I played with the kids in the yard for the rest of the afternoon so that my husband could focus on his project.

Sometime after 4pm on that Friday, my husband joined us in the backyard to let us know he had submitted his work. Mostly I remember him saying he couldn’t see and the sun was too bright. I chalked it up to staring at a computer all day without a break. My sister ran in to get the kids a snack, but came out quickly because she saw him stumbling up the stairs.

I knew something was wrong when I saw him. He kept trying to walk but would fall to a knee. He seemed confused. I pled with him to go with me to the ER. He kept trying to convince me (and himself) that he was tired and just needed a shower. A few minutes later he told me to call 911.

When the paramedics and firemen arrived they asked me about his health problems. He had none that we knew of (although, he had not had a full physical in three years). And then I remembered that he had complained about tightness in his chest and difficulty breathing the week before. He had gone to our primary care physician and was given an inhaler and antihistamines, we accepted the clinician’s asthma diagnosis and moved on. As paramedics did an EKG and administered Nitroglycerin, the realization and denial hit me at the same time. There was no way my husband was having a heart attack. He was too young. He may have gained a few pounds since we got married, but he was not obese. I had an inaccurate image of what someone with a heart attack looked like.

After a full cardiac workup at the hospital and a consultation with the on-call cardiologist, we waited to see what our course of action would look like. We had a lot of scary quiet time. We were both worried about the unknown. My husband was terrified and still in denial. He asked his newly assigned cardiologist multiple times if he was sure it wasn’t asthma or heartburn. The lab results confirmed that my husband did indeed have a heart attack.

While he rested, I was busy creating meal plans in my head and on Pinterest. I was bookmarking and researching different healing yoga retreats. I was every doctor’s nightmare; using the World Wide Web as my medical resource. Trying to figure out where we went wrong and what I could do to put us back on track. Mostly, I was trying to keep myself composed so I could face my 4-year-old and then 20-month-old and tell them Daddy would be home and everything was going to be okay.

I kept thinking of those two beautiful babes (miniature versions of their Daddy) and how much they needed him. How every night when he gets home from work, they drop what they are doing and run screaming with excitement to the door. I worried they would never have that opportunity again. I thought of all of their daddy-traditions they may not experience.

I thought of the future… would he miss dance recitals, baseball games, graduations? What about walking our daughter down the aisle? How much would my son remember of him, since he is still a baby?

My mind went to a lot of dark places. I didn’t know what life would look like without my best friend, my true love, and I didn’t want to find out. It terrified me to think that there was anything physically wrong with the heart that I always knew was made out of gold.

Here is what I am ashamed to admit: I was also selfishly scared. I willingly left my successful career to stay at home with our daughter a few years ago. Before I married my husband, I budgeted and paid my mortgage and bills and I took care of everything that needed attention. When we got married and moved, I continued to take care of our finances until my daughter was born. After that, I was an overwhelmed new mom and I asked my husband to take over and never looked back.

On that fateful Friday, it dawned on me that I didn’t remember any of our account numbers or their passwords. I remember crying to my mom the night of the heart attack that I didn’t even know how to operate our sprinklers. I know it wasn’t the sprinklers, or even the bills. It was the realization of how much I depended on this person. Somewhere in our marriage, I had taken on the role of caretaker and given up everything else. It was a rude awakening for me at the age of 35 to be more assertive in our family finances and other dealings.

Thanks to medical (and divine) intervention my husband will be okay. With his new arteries of steel (two angioplasties and five stents later), aggressive arsenal of medicine and healthy lifestyle he should be at all of those future functions. It may sound odd, but he looks better today than before his heart attack, maybe because the blood is actually flowing now.

Some may call it luck, but I call it ‘divine intervention’ that he made the last minute choice to work from home that day. He works for a large company that provides a shuttle service for their employees. At the time of his heart attack he would have been napping on the shuttle and stuck in traffic. It would have been a logistical nightmare for him to get the timely help he needed.

Also, had it not been for my sister’s day off and plans for the day, my kids would have seen their dad at his worst. Instead, they were outside and totally unaware of the situation until we were able to frame it better.

I am so incredibly grateful that his heart of gold is intact. I do not take for granted the gleeful shouts of “DADDY!!” when he walks through the door. And when I have a hard time sleeping, I put my head on his chest and let the sound of his strong steady heartbeat lull me to sleep.

We have learned not to typecast what a person with the risk of heart attack (nor any other disease) looks like. My husband now understands the importance of annual physicals and we are both proactive in our healthcare. His lifestyle changes have been a welcome adjustment to our family as we are all eating better and moving more. We also learned to follow our instincts when something feels off in our bodies and get the timely help that is needed instead of ignoring symptoms.

I have learned how important it is to regain my feelings of independence. If anything were to ever happen to my husband, I would not be in the dark. I have a list of accounts and passwords and I am involved in our finances. I put together toys instead of leaving them for him to do. I change lightbulbs and smoke detector batteries when they are needed. The point I am trying to make is that I am taking a more active role in our family. Instead of taking on the sole role of caretaker, my husband and I are working as a cohesive unit covering all aspects of our lives together.

And in case you are wondering, I now know how to turn on the sprinklers. 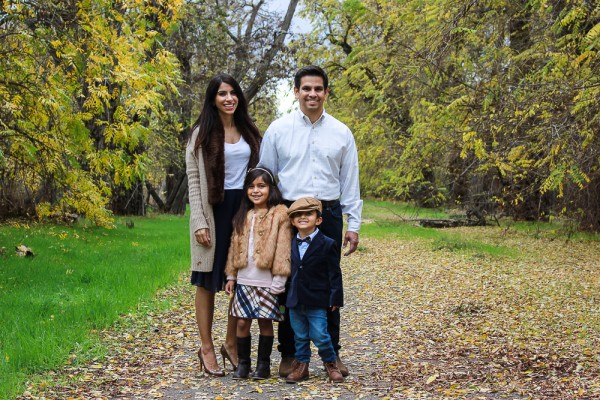 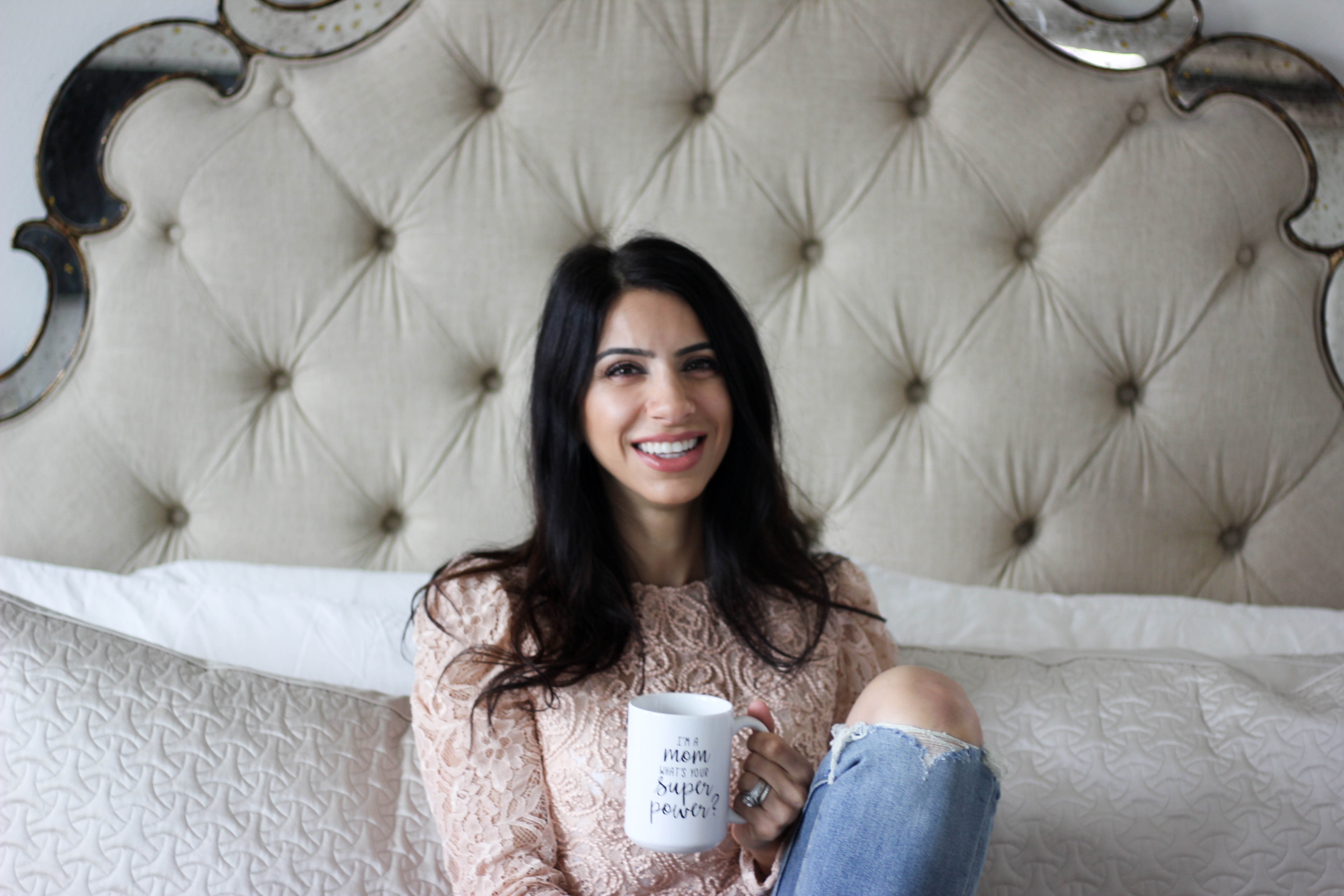 I am a mom to two spirited children; a five year old girl and two year old boy. I created my blog, Treehouse Threads to connect with other moms and make motherhood feel less isolating.

THE DAD MY HUSBAND COULD HAVE BEEN.
Courage for Cash
MY HUSBAND GOT HIT BY A CAR WHILE RUNNING & HERE IS WHAT WE LEARNED
advertisement

THE DAD MY HUSBAND COULD HAVE BEEN.
Courage for Cash
MY HUSBAND GOT HIT BY A CAR WHILE RUNNING & HERE IS WHAT WE LEARNED