What If I Told You That The Verbs You Choose to Use Make You Sound Weak? 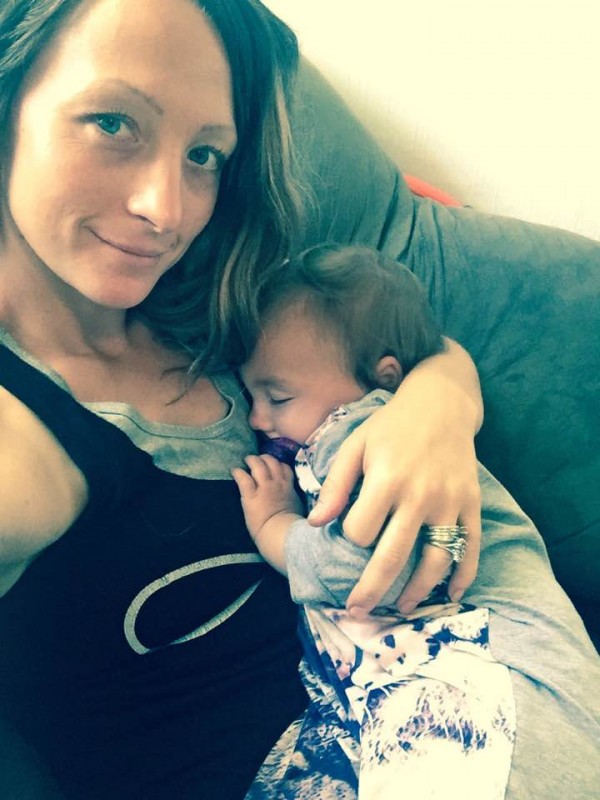 Quite a few months back, I wrote a rebuttal-style piece after having read a Fast Company article titled Six Verbs That Make You Sound Weak (No Matter Your Job Title).

I must have done an alright job making my point because the renowned and notable Elephant Journal ended up accepting my submission and publishing it back in February of this year.

Although I can reasonably assume that Fast Company's article was meant for those who work in an office, I could not help but feel offended; insulted that my personal daily use of these six verbs, both in and outside of my home, could be making me look weak -- to my husband, my children, my friends, members of the general public, and my readers.

So, let's get to the meat of the essay.

The editorial contends that using the following words "can undercut [my] ability to inspire others and suggest to listeners...that you aren’t sure of yourself".

Here are the words:

In all seriousness, I use each of these words multiple times a day, and I would contend that in marriage and parenting, these action words are necessary and effective in keeping healthy relationships with my spouse and my children. Let me explain.

Take the word "think." According to this article, the trouble with “think” is that it "doesn’t sound definitive" and is a power-sapping word (whatever the "f" that means). I guess I'll have to THINK more about what they are saying to truly understand. The article notes that the action of thinking means you are "subtly suggesting that you’re still considering the position you espouse–that you’re not sure of it." What may I ask is the problem with being unsure about something? In my opinion, taking time to ponder multiple sides of an issue, stances on a topic, or options for a decision is a sign that you are intelligent enough not to be close-minded; that you are open to growth.

In marriage, if I didn't think before I spoke or acted, which does happen on occasion, we would not be a happy couple. If I didn't use the word "think" while sharing my opinion on any relationship matter and instead used a stronger verb, I believe my ideas would be met with a lot less understanding.

Thinking is not weak. Admitting that you are thinking, well, that isn't either.

"Need" is another word the article claims to be weak.

Supposedly, when we disclose that we "need" something, we are undercutting ourselves. I call bullish*t. My uttering the word "need" does not allow for you to assume I have this general need for dependency. Stating that you need something does not imply you are "pleading" for it, as the article suggests; it contends that using the word "need" actually makes you seem less "empowered" and that you should "project more confidence."

In my opinion, this is incorrect. There is strength and courage in someone who knows what they need and will vocalize that fact directly to those who can fulfill it.

In marriage, if I didn't tell my husband what I needed, I would never get it. Same goes for him telling me what he needs from me.

In parenting, if I didn't tell my children what they need to do, then nobody would do it. If they didn't share with me their need for affection, compassion, empathy and so on, then I would be missing the mark when it comes to raising them.

Needing is not weak. Admitting that you need something, well, that isn't either.

Now, apparently, "want" is a weak word, too.

Exemplifying to people that you are "lacking in some way," so says the article mentioned above. The piece also states that verbalizing a want is an "emotional appeal," and God forbid we show emotion, right? If I show passion I lack conviction, at least that is what the author of the piece is suggesting.

Once again, I disagree. I don't believe that knowing what you want and disclosing it to others is weak.

In marriage, if we didn't make these frowned-upon emotional appeals to our partner, then we would be ill-content, and our relationship would likely go right down the tubes.

In parenting, if we did not encourage the use of the verb "want," then it would be us who would be lacking, not our children. By denying them the use of the word "want," I would be lacking in my knowledge of their desires -- for their day, their future, their life, and their ultimate happiness. There isn't any way I am going to allow myself to be unaware of my child's hopes and dreams for their future.

Wanting is not weak. Admitting that you want something, well, that isn't either.

Speaking of the word "hope," that made the list, too.

Being bashed for its "prayer-like quality," and leading others to believe you lack power.

How dare we put forth the image that we are powerless in some way, in this world made for the powerful. Ugh! I just vomited a little because this thinking is so disgusting! The suggested alternatives we should use include "looking forward to" and "know," as "these statements are much more empowering".

You know what I find empowering in marriage and parenting, the fact that I have (and voice that I have) hope for all of our dreams to come true; as a couple, for our children, and our family as a whole. There is nothing wrong with my child "hoping" they score a goal in their soccer game, or for me "hoping" that they have a great day at school.

Hope is not weak. Admitting that you hope for something, well, that isn't either.

I seem to have skipped over the weak word, "guess." Well, guess what? I don't freakin' care. I use the word "guess" all of the time, and I am not a weak person. It is okay to be tentative, and in fact, it shows that you are fluid -- which is a good thing, in my opinion. Guessing is not lying or exaggerating, as the article suggests. Guessing is fun for everyone.

In marriage it's fun to guess things about your spouse; what they will enjoy doing on date night, what outfit they will appreciate you most in, and it is more than okay to say to them "my guess is that you would enjoy a night out tonight, are you ready to go?".

It is also okay to guess with our children. I can't tell you how many times my children and I have used the word "guess" to play guessing games, passing idle time.

Guessing is not weak. Admitting that you enjoy guessing about things, well, that isn't either.

The last weak word shared in the article is "suppose," and I suppose that I will just blow this statement to shreds, as I have done with the others. What is stated about the word "suppose" is that it has a quiet presence about it and by using it, you are showing that "you’re not really engaged."

As it turns out, it is perfectly fine not to be fully engaged in something. It is entirely okay to be neutral on something. If I didn't "suppose" I shouldn't lose my sh*t when things don't go according to plan, my marital relationship and relationship with my children wouldn't be all too healthy. I hold very firmly to the opinion that supposing I'll keep my lid on when everything goes awry today is vital to sustaining my sanity while married and navigating motherhood.

To suppose is not weak. Admitting that you suppose things, well, that isn't either.

I am not weak because I use these six words and guess what? Neither are you.

The ones that are weak are those that buy into this cockamamie rhetoric and accept the notion that an individual's choice of verb makes them soft and somewhat deficient.

Hopefully, that's not you.

The original version of this article originally appeared on Elephant Journal at this link.