What I Learned When I Went Back to Middle School

This morning, I attended a staff meeting at my girls’ school to talk about a presentation a few parents are doing next week. A presentation that, for some of these teachers, today was the first time they’re hearing the date. A date that is only four school days from now. In four school days, myself and another parent are going to come in and disrupt their entire planned day. We’re going to roll up into their classrooms with a freshness these teachers don’t have as they’ve been dealing with 20+ students a day, for the last 8 months. We’re going to come in, as special guests, and have students that are so engaged because they’re doing something outside their normal day, and then we’re going to leave, giving these students back to these teachers who are going into the last month of school faced with keeping them engaged in things like state testing, learning just a little bit more when they’re this close to summer, and being prepared for next school year.

Real talk: If I were them, I would have been furious. I would have had to be dragged, kicking and screaming, into acceptance. I would have been angry that the day that’s been planned in my planner for weeks was now ruined, and I had to reschedule all my plans. I would have said I couldn’t do it, that it just wasn’t possible to add something into the curriculum this close to state tests and year-end, and still hope to finish everything they still need to get done. But instead of anger at “one more thing” we’re loading onto their plate, at “one more thing” they’ll have to give feedback on or implement again in the future, they embraced it. Instead of anger at disrupting their entire day they said things like “I had tests scheduled that day, but we’ll switch it around because I think this is important, too.” Instead of kicking and screaming, there was acceptance and excitement.

These are people who work for garbage money, doing something that should be one of the better paying jobs in the country. They are shaping our future leaders, future politicians, future doctors, future lawyers, future CEOs. They are waking up every day to love your child, surely not because of their measly paychecks, but because it’s a passion that burns so brightly in their heart. They are part parent, part doctor, part psychiatrist, part police; and regardless of all the hats they have to wear they are, still, 100% educator. Day in and day out these men and women do a miraculous job with little to no budget and a lot of creativity and heart. They are the silent heroes that pay for field trips when parents can’t afford it, that brush hair unkempt hair because nobody at home had time, that buy sneakers because the ones a student is wearing are full of holes, that volunteer their additional time when not enough parents show up at events. They, sometimes quite literally, save lives.

You, teachers, are the underappreciated champions, the quiet supermen and women who enrich and enhance the lives of so many. And for that, I say what we don’t say nearly enough: Thank you! 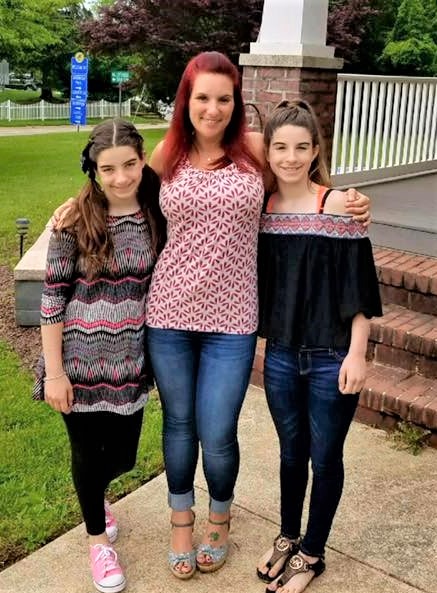 Twin mom, small business owner, lover of travel and country music and Route 91 Harvest Festival survivor. Truly trying to live my best life and not take one day for granted, because life is so very short, y'all!

Want your kids to Value their Education? Show Up! Part One: Parent/Teacher Conferences
Advantages of Private Schools
What I Tell Parents Before They Start the College Admissions Process
advertisement

Want your kids to Value their Education? Show Up! Part One: Parent/Teacher Conferences
Advantages of Private Schools
What I Tell Parents Before They Start the College Admissions Process