What I Learned When I Said no to the Stanley Cup 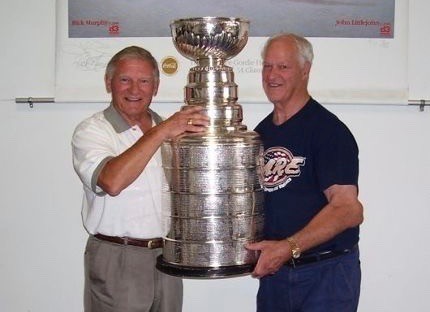 My dad, Johnny Wilson (left) and his friend and former teammate, Gordie Howe. Both of their names are etched four times in the Stanley Cup.

What the hell was I thinking?

This annoying question hits me again - just like it always does when I watch the Stanley Cup playoffs and the teams that fight for their chance to hoist a coveted hunk of silver, etched with the eternal names of champions. Even in an odd, summer-post-season played in a pandemic, my mind runs back to a rare regret I can’t quite let go.

It came after the NHL lockout of 2004-05, which shut down an entire hockey season. More than one thousand games went unplayed that year. There were no playoffs. No Stanley Cup. It was the first time since the flu pandemic of 1919 that the glimmering trophy was not awarded.

One September morning following that bitter non-season, my phone rang.

“Trace, you're not gonna believe this! I’m gonna have the Stanley Cup for a day!” my father began. I could hear the smile in his voice. “Why don’t you bring the boys and come up for it?”

“You’re gonna get the Cup? The Stanley Cup! How?”

My dad explained: Without a current NHL champion and players who would each have the honor of possessing it for a day, the league came up with an idea. They would give the opportunity to past champions who won the Cup before the tradition began. My father, Johnny Wilson, had played on four Detroit Red Wings Stanley Cup teams in the 1950’s and, it turned out, he would finally get his day with the trophy some fifty years after winning it.

“Can you come?” he asked, excitement pouring from the world’s most laid-back man.

“What are you gonna do with it?” I asked as if the answer mattered.

“Take it around and use it to raise money for Hurricane Karina victims. So what do you think?”

“I think that’s really cool, Dad. Let me see what I can do to get there.”

But when I hung up the phone, I thought of all the reasons the trip would be difficult:

My husband often traveled for work and I was exhausted from weeks of being a single parent.

My boys were young - seven and two. I'd have to fly with them on my own and then schlep them around with my dad and the Cup. It sounded like a lot of work with little guys in tow.

My oldest was starting first grade and I hated to pull him out of school when he was just starting to settle in. I mean, imagine him missing out on two whole days! Of first grade! Plus I was a room parent. With important new-school-year responsibilities. (Yes, I am mortified that I couldn't see the absurdity of this back then! I can only hope it was sleep deprivation!)

It’s not really that big of a deal, I told myself. ( Growing up in the world of pro hockey, I didn't give much thought to the significance of a day with the Stanley Cup even though my father never had it before. I know - ridiculously flawed thinking. Again.)

Two days later, overwhelmed by the mountain of circumstances I had piled up in my mind, I called my favorite grown-up in the world and apologetically told him I couldn't pull the trip together.

"No problem," he said. Nothing was a problem for him, the most positive guy I've ever known.

But in hindsight, it was a problem for me. Not because of the Stanley Cup. Because of my father. And because of what I passed up.

At seventy-six years old, my dad ended up having the busiest individual itinerary of the entire summer Cup tour. The man was a dynamo. From early in the morning until late at night, he paraded Lord Stanley's prize, raising money for victims of Hurricane Katrina, asking for donations in exchange for a photo with the trophy. Most people wanted one with him, too.

At a local mall, a woman who had waited patiently in line to meet my dad shook his hand earnestly as she explained that she was originally from Detroit but lived in New Orleans when Katrina hit. She was evacuated from her home and had time to grab only a few items. One of them was her Detroit Red Wings’ t-shirt. “Thank you for everything you’re doing,” she said, the emotion catching in her throat. “It means so much to me and my family.”

Throughout that long day, my father brought the Cup to more than one-thousand people in a variety of locations in metro-Detroit. Even the great Gordie Howe showed up to join his old Red Wing teammate and lifelong friend. To say the day was special is like saying the Great Wall of China is big.

My father, an exceedingly kind and humble man, never told me about all that he did that day, all that I had missed. He only said it had been, “wonderful,” a word he stretched out every time he delivered it to describe something even slightly extraordinary.

He didn’t nag me or lay on guilt. He wasn’t that kind of father. He wouldn’t want me to feel badly about being a knucklehead and saying no. Maybe that’s why I felt it all the more. Especially after the day was over and I read newspaper and internet accounts of what he had made happen. That’s when I finally realized what I had really missed. This had been important to him and he wanted to give us the gift of being part of his extraordinary day. It was never about my estimation of its importance or my degree of difficulty in getting there. At least it shouldn't have been. It was really about being there for him at a time that mattered to him. And I had missed that entirely.

I share this what-the-hell-was-I-thinking moment to remind myself and maybe you, too, to be more aware of why we make the decisions we do. To choose thoughtfully and carefully and selflessly.

Of course, mistakes come with an opportunity for us to learn and then, to do better. In hindsight, I see that saying no set me up me to say yes in future situations that were even more important to my sweet father or that mattered to others I love. The experience, though regretful, wasn't wasted. Mistakes never are. And because of that, the Stanley Cup is more than a trophy. It is a lesson I’ll never forget and a reason I'll always ask myself, "Is this a Stanley Cup day, a day not to be missed?" 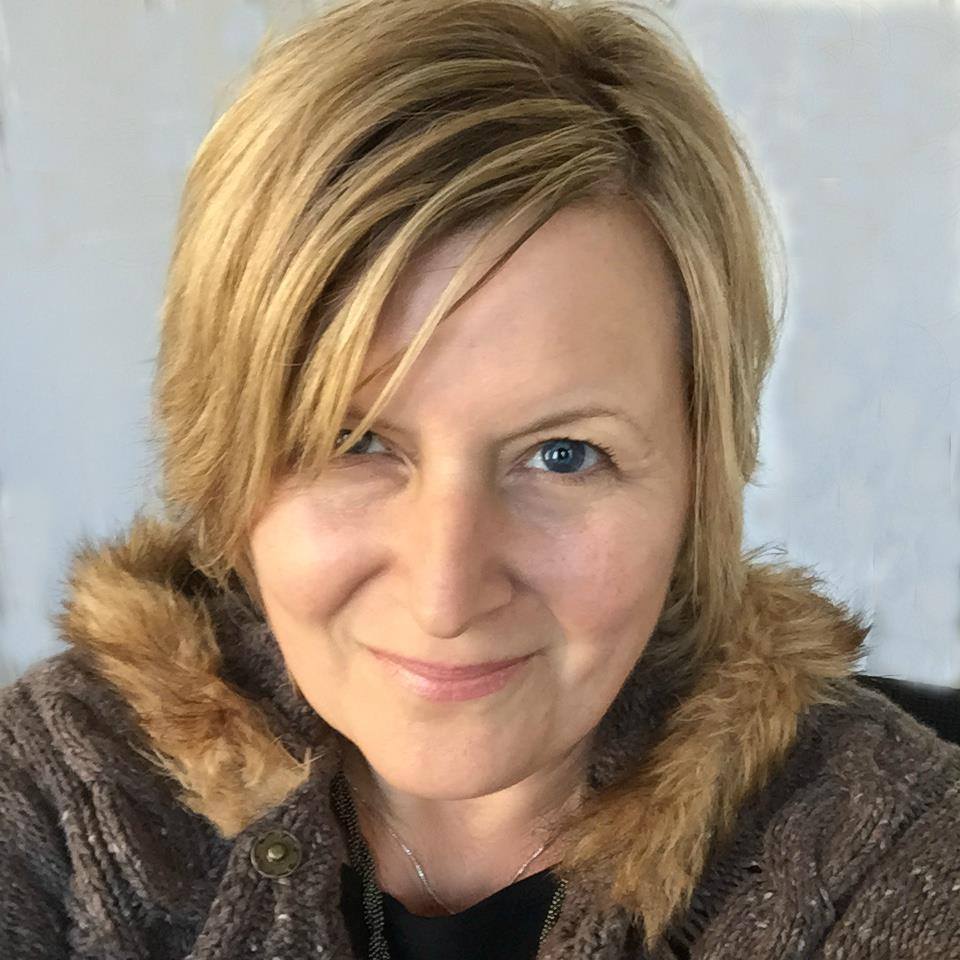