What Having A Micropreemie in the NICU Taught Me About Gratitude

Seven years ago my baby girl would have fit neatly into the palms of my hands with room to spare, if only I had been able to touch her.

I birthed her into the world drenched in a fear that soaked straight through a heavy cotton hospital gown. She entered this life through the good work of surgeons skilled with scapulas and the prayers of people all around the globe rising high towards heaven.

C. S. Lewis once wrote an entire book to define the weight of glory, but I saw it spelled out plainly as they laid her bare on a scale and the numbers lit up neon. One pound, eight point six ounces.

My daughter was born and she weighed less than six sticks of butter.
(excerpted from Anchored: Finding Hope in the Unexpected)

It was November 7th, 10 days before World Prematurity Day, a day that I had never known existed until my own daughter was born with fingernails smaller than a grain of rice and the label “micropreemie” on her medical chart.

Time became both fluid and finite. 25 weeks was all the time spent in my womb before she was delivered into an incubator. After that minutes felt like hours and life became measured in heartbeats instead of the secondhand ticking around the face of the clock. She was one month old before I was ever even allowed to hold her.

It was all fleeting.

It was all fragile.

I was sure that every moment with her would be my last. 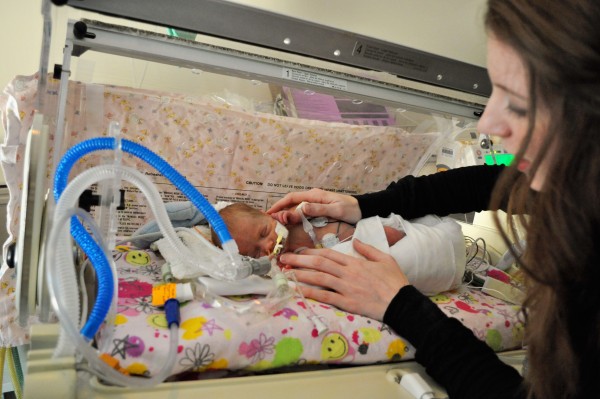 And here we are seven years later.

On the eve of her birthday, I kneel quietly next to her bed and watch the slow rise and fall of her chest, remembering all the times they had to resuscitate her and counting my blessings.

Then I pluck three stuffed animals, six books about a sunglasses-wearing cat, one toy boat and a miniature pumpkin out of the tangle of her sheets and tuck them back up around her shoulders before brushing a kiss across her forehead.

This is my everyday Thanksgiving.

I had spent years hoping that I would get to experience the blessing of motherhood, and when it came to pass, but she was born in critical condition, I was mostly just terrified.

We spent 156 days in the NICU, and I did not expect the moments when I found hope there, mingled in with all the heartache.

How even though her eyes remained fused shut for the first 10 days after her birth, she still craned her neck at the sound of my voice, searching for me because I was her mom. Or how my husband’s hands were copied on her exactly, a perfect replica, each smaller than a quarter. Or the way she fit so neatly against my chest, matching her rise and fall to mine and giving me a reason to breathe.

As I learned to navigate my newfound motherhood amid tangles of tubes and wires and monitors, I uncovered the gift of turning the tension into thanksgiving. It was in a cramped hospital room that I discovered that while I could not bring myself to give thanks for my circumstances, I could still be thankful in them: for 10 tiny toes and love to give and gifted surgeons who knew just how to place a scalpel.

There were so many things that I learned during our time in the NICU.

And it was the NICU that taught me to live a life drenched in gratitude. 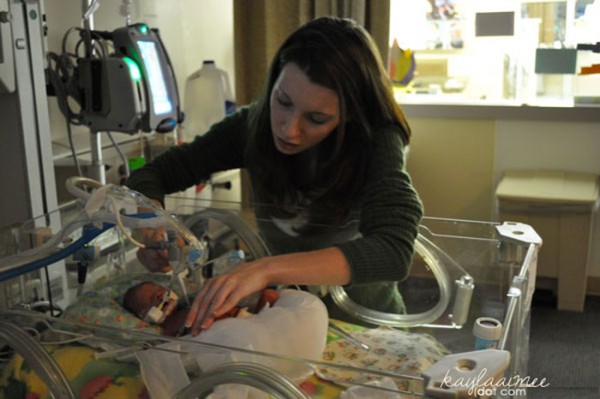 I’m so grateful for a team of doctors and nurses who cared for my child in her most critical days with such compassion because of their devotion to their calling.

I’m so grateful for another sunrise in which her heart beats here alongside mine. 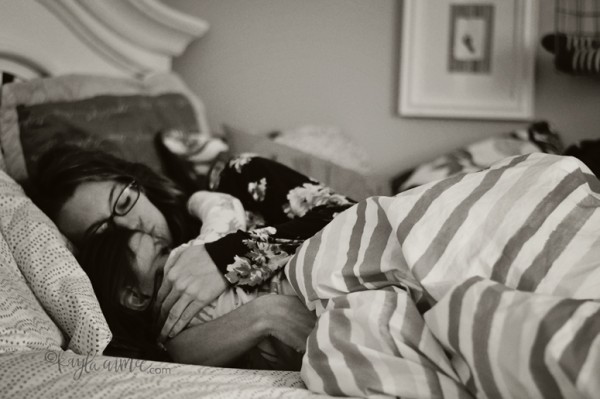 The NICU taught me what life looks like slow, that there’s always something to be thankful for when you’re counting heartbeats, and how small things are worth big celebrations.

I could not see it then, back when everything was all charts and rounds and words like “critical condition.” I couldn’t see any sort of future outside of those cement sided hospital walls and now my every single day looks just exactly like joy, a fountain flowing deep and wide.

Everything about our experience – her traumatic early birth, the subsequent just-shy-of-six-month NICU stay, all of the times we almost lost her – it changed my life.

But so did every moment after, the ones in which I am privileged to dwell in the delight that comes from being her mother.

It was the living text of Isaiah 61:3 with my every breath; beauty for ashes and joy for morning and a garment of praise instead of a spirit of despair.

Seven years ago I started counting my blessings, and oh, look how they’ve grown. 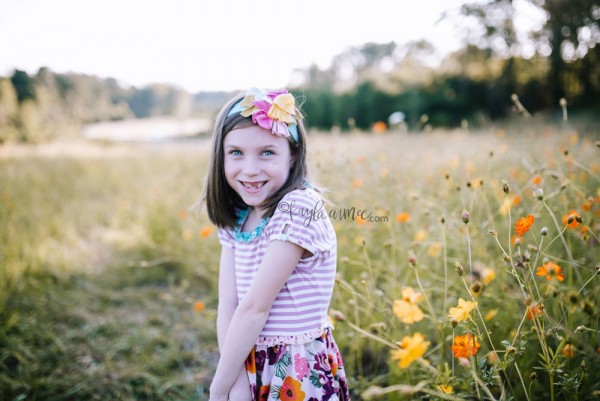 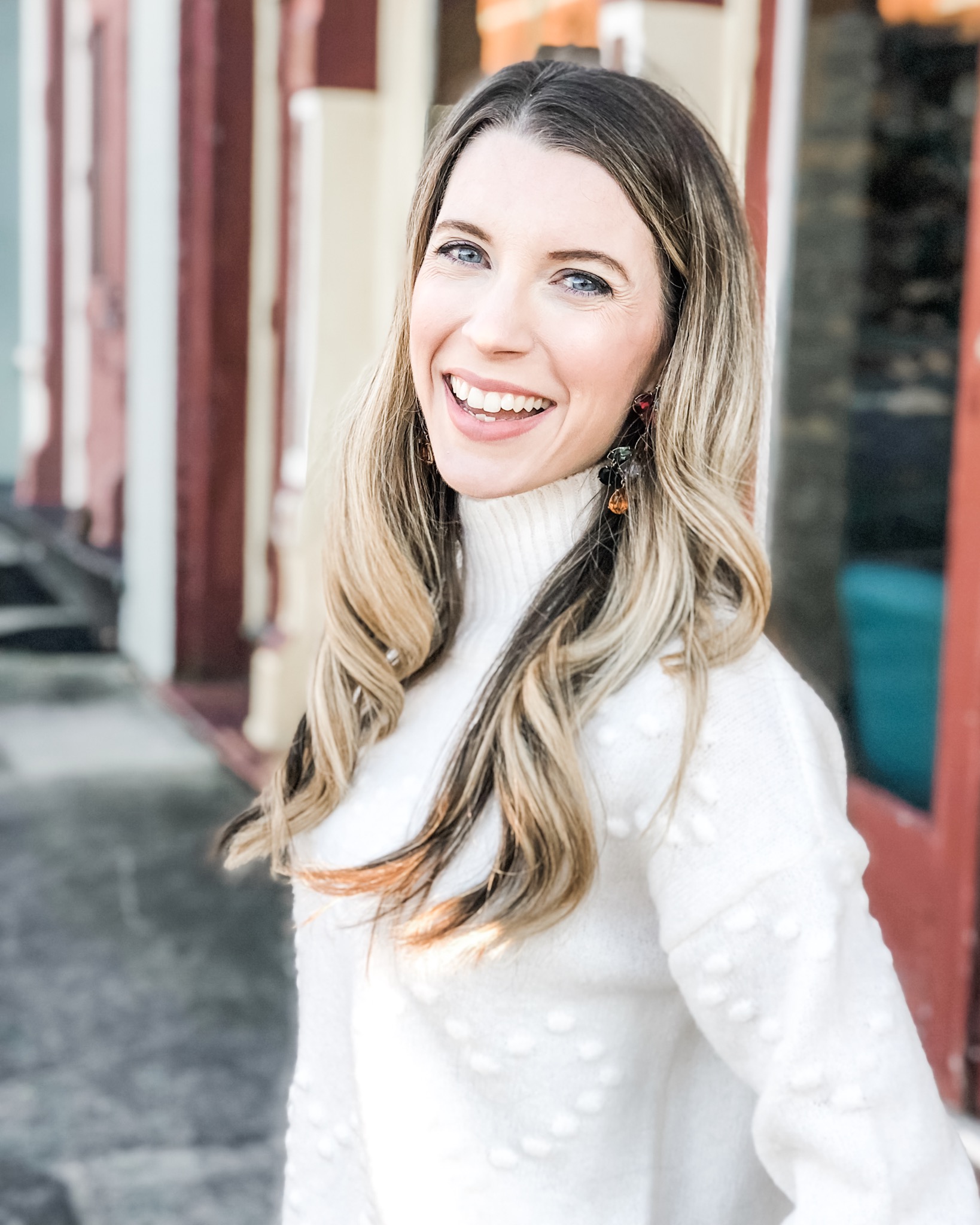 Kayla Aimee is an author, micro-preemie mama and sweet-tea loving southern girl who spends her days uncovering hope and humor in unexpected places. She shares stories of faith, family and her favorite things at www.kaylaaimee.com.