What Does The Dish You've Been Asked To Bring To Thanksgiving Dinner Say About You? 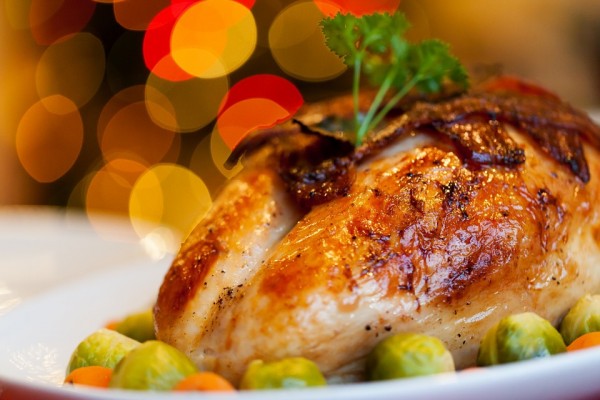 Thanksgiving is upon us and everyone has been given their dinner orders. Some are helping with the preparations and others are just the participants. If you’ve been given a role in making this day all that everyone hopes it will be, then it’s time to look at just exactly why you were asked to bring such dish.

You’re crazy. Crazy for life, crazy for family, crazy in general. You have a unique outlook on life and walk to the beat of your own drum. Therefore, your family is giving you the cranberry sauce. From a can? From scratch? It doesn’t matter. They expect it to be just as unpredictable as you. Surprise them!

Deviled Eggs or any other cold side dish

Nobody asked you to bring it, you volunteered. You don’t quite understand what Thanksgiving foods are. You think every holiday meal is a family picnic or it’s the only thing you make really well and so you’re bringing it and that’s that. But no worries, it will be eaten. After all, the more the merrier!

Your family doesn’t have a lot of confidence in your cooking so they’ve given you the food that is least likely to be messed up. In the past, you’ve been designated other things to bring but you always put your own spin on them and people didn’t like it. Maybe you added sour cream to the mashed potatoes or made fat free mac and cheese, either way it got you demoted. Another possible reason you were assigned this dish is because you’re relatively new to the family. People aren’t sure what your cooking ability is yet so they’re breaking you in easy.

Let’s face it, you’re the black sheep of the family. They’re not even sure if you’re showing up so they’ve given you a food item that won’t really be missed if it doesn’t make it to the table. This is because you live your life with a sense of wanderlust. Start visiting grandma once in a while and maybe you’ll be promoted.

Next to the turkey, this is the most important food to the meal. This means your family really respects and trusts you. Don’t mess it up!! Everyone is expecting potato perfection and you had better deliver or you’ll be bringing rolls to the next five Thanksgivings.

Everyone knows that your husband and at least two of your kids hate turkey so you’ve been given the responsibility of the ham. No one wants to hear them complaining about their lack of love for this delicious bird, so adding another meat alleviates this negative talk.

This is a Thanksgiving staple and if you are being asked to bring it, then you are a staple to the family as well. You aren’t the oldest family member but you’re also not the newest. You’ve been through a few rounds of Thanksgiving and one time you made the moistest, most yummy stuffing ever and now it has become your signature.

You’re a daughter-in-law or daughter and you’re learning your way around a kitchen. You have a few Paula Dean and Pioneer Woman recipes under your belt and you’re ready to throw it down in the kitchen. You have the most to prove. One small misstep could leave you labeled a bad cook so you spend the most time ensuring your food is top notch. You relish the ooohhs and ahhhhs that come once everyone’s tasted your masterpiece and asks “Who made this?”

You’re the one hosting Thanksgiving dinner this year so the main dish falls on your shoulders. From estimating the size of bird needed to weighing your cooking options to produce the juiciest turkey to the constant talks about gizzards and pan drippings with the gravy person, this bird is already taking up more time than it took for you to find a man.

You are the Ina Garten of the family and are always trying to class up Thanksgiving dinner. You were the one who suggested it after being told to bring a casserole. You will also be the only one eating it.

Aunt May is no longer with us but you were her favorite niece so now the role of preserving family traditions has been regulated to you. You are not a baker. Matter of fact, you’ve never baked anything a day in your life. However, you are expected to follow her recipe and deliver a satisfactory pie come Thanksgiving day. You’ve already decided that you will not be making the crust from scratch and that Pillsbury will just have to do.

If you didn’t get asked to make something, then your role is happy guest. You are to compliment the chefs and rave about the food regardless if you liked it all or not. This is not the time to offer your critiques. One day you will look back at the burnt rolls and overbaked yams and be thankful for the heartburn.