I see so many posts here from moms and dads with littles. Ahhh - let me start by saying - as if you didn't already know this - cherish those moments! Suck up every last tearful, annoying, joy filled moment. Because before you know it - they are teenagers. I won't lie - I was scared to death of my kids becoming teenagers - even more than the terrible twos!

But so far (yes - that sound you hear is me knocking on wood) they still like me and they haven't been totally awful. Really, they have been pretty amazing. But sometimes I think you forget the bad moments - especially when emotional like I am right now!

So much so that I found myself having a bit of a moment a couple of days ago. My son and I were sitting at the kitchen table eating lunch, nothing particularly special about it, other than we had some Christmas music playing in the background. Out of no where I burst into tears. Not the cute, awwww, kind of tears. The UGLY CRY kind. I realized, the song playing in the background was I'll Be Home for Christmas. And I guess, my subconscious was thinking about how next year my kids will not be here. 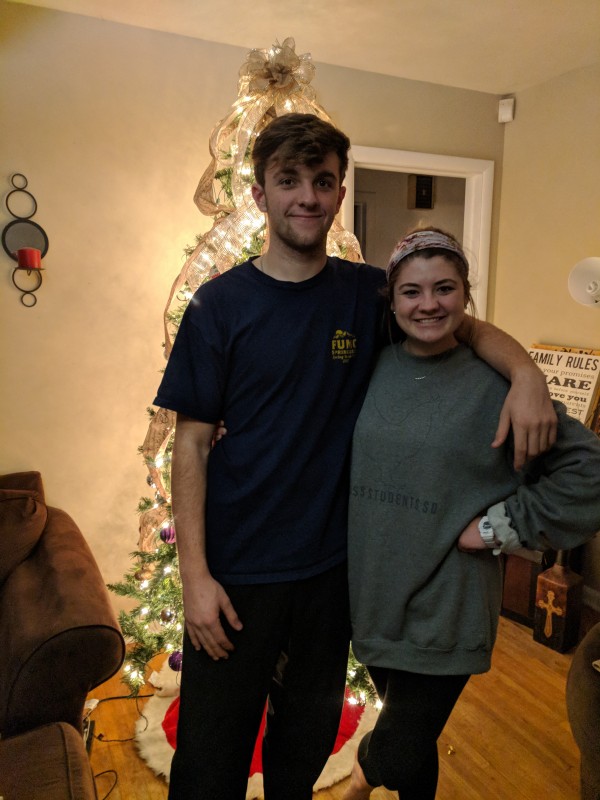 I am PROUD of them. They have both decided to serve their Country by way of the Air Force - and I knew this day would come. And it isn't like I will never see them again. My brain just has those moments, I guess. My son thought it was pretty funny and while he did hug me, he mostly laughed at me.

It's okay kid - you will understand some day!

I think I was also a little emotional anyway because this is my 2nd December in a row to have a super fun (just kidding) surgery in December. So both of my kids sat down with me to flip through our Amazon prime to find shows to binge watch while I am down and out. I am sure my daughter will be snuggling up to binge watch with me.

She reminded me that last year we binge watched a show called The Other F Word. She thought it was hilarious - I thought - Oh my word, that is going to be me "someday." Why did I not realize last year that someday was basically right now? Anyway - we started searching to see if there was another one - and we found it! They just came out with a season 2, so perfect timing for she and I to binge watch together. It isn't the type of show you would think a teenager would like - especially since it is so focused on women over 40 - and I am not even there yet - but I am really close! But my daughter absolutely loved it. She saw a lot of me in several of the characters, which I thought was pretty hilarious too. 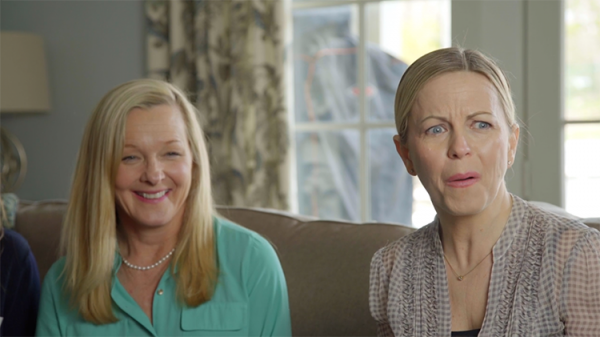 The show, if you haven't seen it, basically takes on mid-life, first time empty nesters, and all of the weird, sad, awesome, and awkward things that come along with it. WOW do I relate! I loved the first season and we loved the second season just as much! The cast was great and the episodes were the perfect length to keep my attention. Plus, it's rare to find a show that has a lead actresses over 40, and even more rare to find one that tackles the interesting challenges of midlife and have children who are suddenly adults.

Whether it is from a fantastic show like this, that shows us what life after kids could or might be like, or a hoard of other mothers - I think we all need some kind of advice at this stage of life. Sort of like we did when we first became moms and had NO clue what was in store for us! (It's free, even if you don't have prime - in case you want to check it out)

So of course, these events got me thinking, what DO I do now? Not right now, but soon. What will that life look like? What kinds of things will my husband and I be doing when they aren't here? We already have a small glimpse of it because they are both still in school and have jobs and social lives. But them being gone-gone, yep, that will be weird, and sad, and awesome (maybe).

We also have The Crown and some of the new Marvel shows on our list of things to binge watch. My other secret love is all things superhero - so I must still be a kid at heart, right? I also really love that we have a family tradition on Sunday nights of watching something together, such as The Flash or The Walking Dead. I am not sure that I have ever even liked a zombie show - but I have found that does not even matter. Just the fact that they still want to hang with us and watch TV, even just one night a week, or binge watching while I am laid up from surgery - those are the moments I still try and cherish. 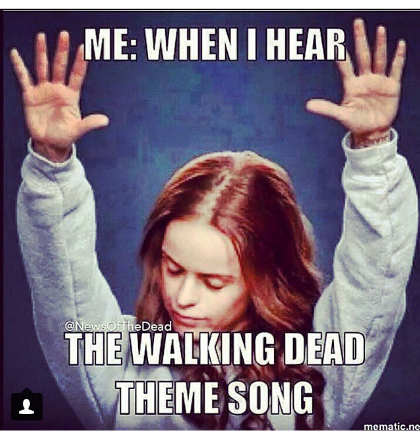 Are there ANY other moms out there who are facing this same weird, eye-opening time in life? Talk to me! I need all the advice. 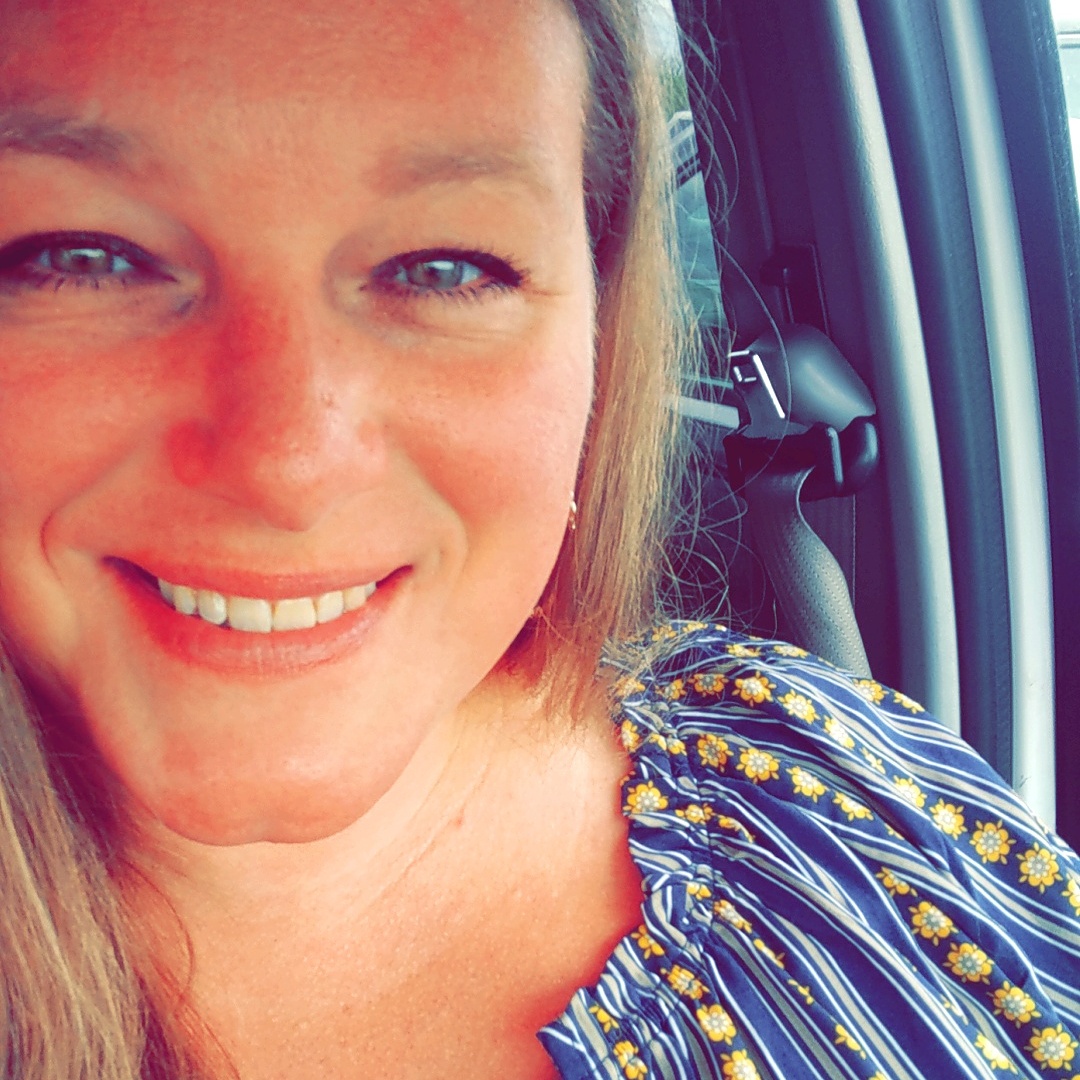 Mom, Babe, ME. Don't Lose Yourself.
I didn't get my mom-bod the way you did
Simple Joys Mean Big Happy
advertisement

Mom, Babe, ME. Don't Lose Yourself.
I didn't get my mom-bod the way you did
Simple Joys Mean Big Happy