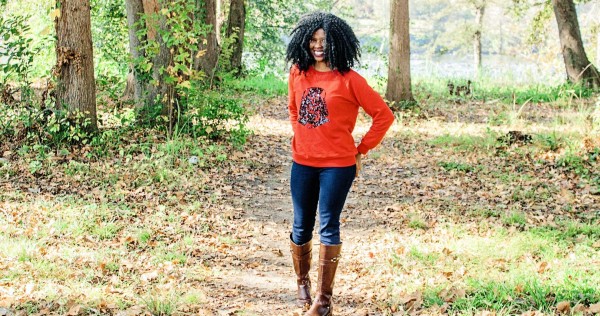 It’s no secret Star Wars is one of this family’s favorite movies. For those who have never seen the movie, they may think this post is a little bit strange. After all, how can you learn anything from Star Wars? Like most epics, we can always stand to learn a little something from any story that using the “hero’s journey” trope.

The most popular inspirational Star Wars quote is probably the one below. I know those eight words have motivated me when I had none and kept me going when I felt I could no longer keep up. For what some consider the kitschy movie, Star Wars as a whole has done so much for me.

When I first began my weight loss journey, I taped this quote to my mirror and put a card in my wallet also featuring the quote. Those 4 am mornings where I didn’t’ feel like doing anything, I would roll over and look at the card, reminding myself of why I started in the first place. Now several years later, I no longer think about it, I just do it.

This movie has been pivotal in helping me over the years, more than I could ever describe here. The Star Wars quotes below, in particular, have helped cheer me up or given me a reason to process a situation better than what I previously would.

“Never tell me the odds.”

“The ability to speak does not make you intelligent.”

“Easy is the path to wisdom for those not blinded by themselves.”

Fun fact my dad used to say this when I was growing up. He was really into Star Wars and kung-fu movies, so we were always getting life lessons from him in the form of movie quotes. Now, when I’m discussing certain topics with my children, I have a habit of throwing in a movie quote. It always falls flat because they haven’t seen the movie yet.

“To defeat your enemy, you have to understand them.”

“To defeat an enemy, you must know them. Not simply their battle tactics, but their history, philosophy, art.”

If you ever wanted something that truly relates to real life, how about the quote below:

If Star Wars is anything, it is a parable for politics in modern times. I won’t get into the specifics, but you should know what I’m talking about. The very basis of Star Wars centers around political upheaval. If you’ve been paying attention to the news over the last three years then you know many of the quotes below resemble how the majority of us feel lately. Although if you’ve seen The Last Jedi then you may be thinking all hope is lost.

“So this is how liberty dies, with a thunderous applause.”

“A tyrant can make anything seem to be ‘the will of the people.”

“Leadership is a role and a task that should never be aspired to lightly. Neither should loyalty be given without reason.”

“Be careful not to choke on your aspirations.”

How do you plan to spend your #TheRiseofSkyWalker final trailer release day? We will be having a movie marathon and doing some fun activities! But first workouts! Want to get more Star Wars? Check out my other post below!

Enjoy the Moment
Tips for an out-of-this-world family experience at Star Wars: Galaxy's Edge
Two Critical Steps To Take When Dealing With An Angry Child
advertisement

Enjoy the Moment
Tips for an out-of-this-world family experience at Star Wars: Galaxy's Edge
Two Critical Steps To Take When Dealing With An Angry Child