We made a lot of mistakes when we were younger: Getting married wasn't one of them

Published by Charissa West on September 5, 2019

We made a lot of mistakes when we were younger.

Getting married wasn’t one of them.

The average couple marries in their upper-20s. When we got engaged at 21, and married at 22, people all around us asked (some subtly, some not), “Are you sure?”

That question, in particular, is funny to me. Yes, we were sure—at the time—but as it turns out, we didn’t know squat! For the most part, no one getting married does.

It’s impossible to understand what it will be like to be married to someone else, to have your entire lives joined together, until you’ve done it. 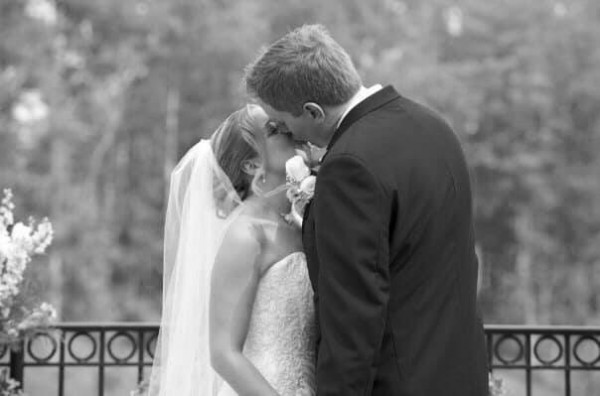 Sure, you can hear the advice, you can read the books, and you can do your best to prepare. But until you’ve argued endlessly over something completely ridiculous and stared at the face of someone you would probably rather slap than kiss—well, let’s just say that experience is the best teacher.

When things were rocky, we were tempted to think, “What have we done? We’re too young for this. This was a mistake.”

But it wasn’t a mistake. It was growing pains.

Being the first in your group to get married has its challenges. You’re forging ahead into uncharted waters. Aside from your own parents, there aren’t a lot of places to look for examples or advice.

But there’s also some really awesome things that come with marrying young.

You don’t worry about the other person’s past because their past, for the most part, is you.

You don’t worry about who makes what when it comes to finances, because you made all your money and purchases together.

You don’t have to work too hard to build a common history because you spent some of your best, formative years together. Before long, there will be very few memories you don’t share.

We made a lot of mistakes when we were 22. We stayed out too late. We drank too much. We didn’t put as much money into our 401Ks as we should have.

That was a great call.

My Marriage Isn't Perfect — And it Never Will Be
After 5 Years, Here Are 60 Things I'd Tell My Pre-Married Self
The Top 5 Reasons Why You Should Elope
advertisement

My Marriage Isn't Perfect — And it Never Will Be
After 5 Years, Here Are 60 Things I'd Tell My Pre-Married Self
The Top 5 Reasons Why You Should Elope