We Celebrate the Victories

Published by Amaris Scipione on November 12, 2017 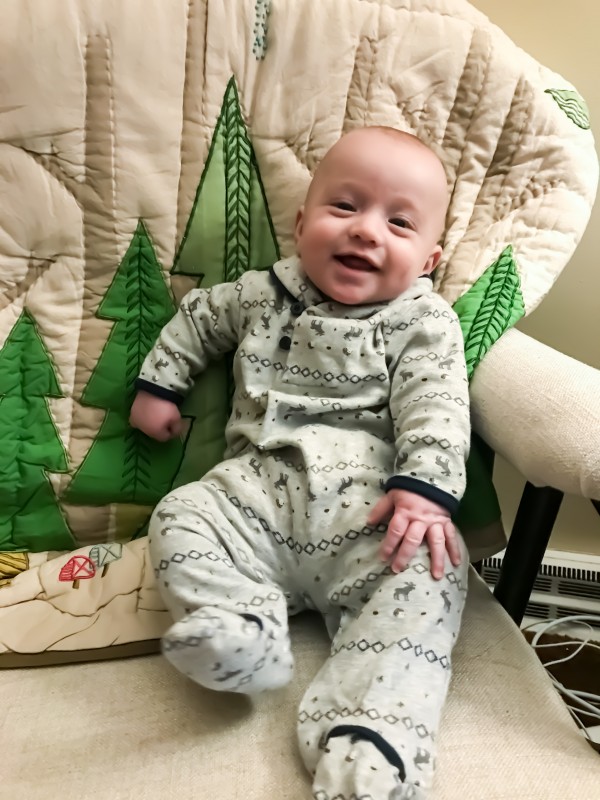 Friday, May 19, 2017 my husband and I had just finished an evening filled with laughter and good conversation as we ate dinner out with friends. I went to sleep that evening thinking about the day to come. Our baby shower! My family had spent the past few months putting together the perfect shower, and tomorrow I was ready to show off my bump and to spend an afternoon with my best friends and family. I quickly fell asleep. Little did I know that my world would quickly change.

At around 1 am on Saturday, May 20th I woke up feeling the urge to use the bathroom. As I began to roll out of bed, I suddenly felt wetness. I quickly woke my husband saying, “I think my water broke.” As my mind began to awaken, my brain convinced me otherwise. “You’re only 29 weeks pregnant; It can’t be your water breaking. Perhaps the baby pushed too hard on your bladder? Or maybe it is something else.” I spent the next few minutes trying to figure out what happened. I called my doctor and a tired half-asleep man answered. He calmly told me to head to the hospital. My husband and I headed out the door and drove the 30-minutes to the hospital. After some prodding and some tests the resident doctor confirmed that my water had broken. My jaw dropped. Now what? The doctor replied, “You will spending a lot of time here.”

I was moved to antepartum to a dimly lit room with a window that looked out to a brick wall. I was told I would be here for about five weeks or until the baby decided to come out. This is not how I thought my Saturday would go! At a reasonable hour, I called my mom to break the news that I would not be attending our baby shower. Since the shower was only hours away, the party continued and my husband went in my place. I virtually attended through FaceTime and my friend’s phone was passed around the room giving me a chance to talk to all of our guests. Once the party ended, I was left with my thoughts and the continuous beeping of many monitors. What was I going to do in here for five weeks?! 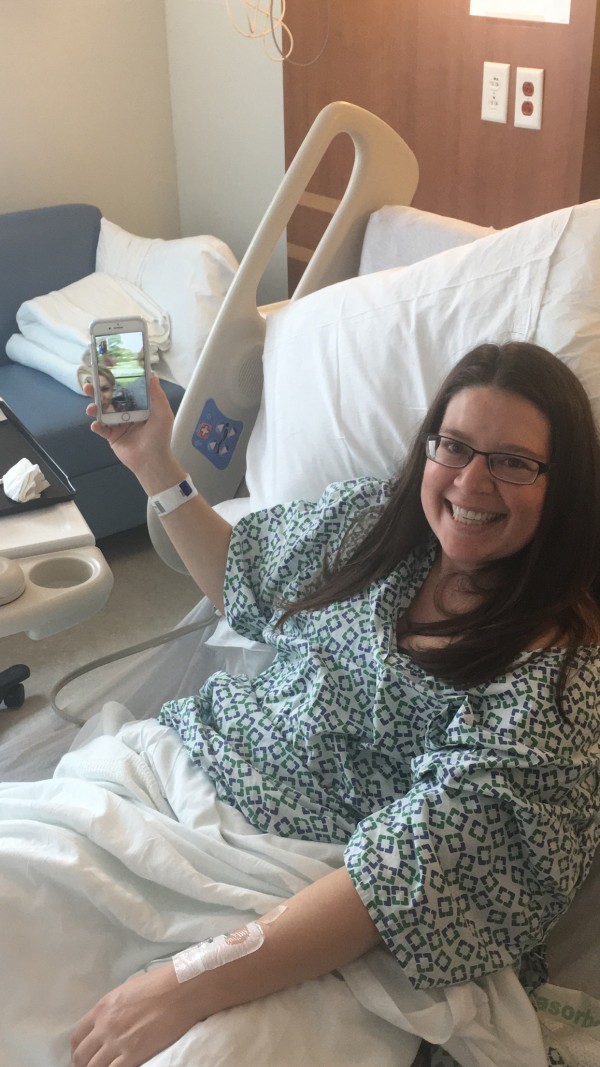 My son was eager to meet us. On Sunday, at 29 weeks 4 days gestation, I gave birth to our beautiful 3 lb. 3 oz. baby boy. His birthday was nothing like what I had expected. Shortly after giving birth in a room filled with about 30 nurses and doctors, my son was wheeled away and the room emptied. I was left by myself, and again I thought what just happened?

A nurse came back to get me, and wheeled me to the NICU. Our son was stretched out with his arms above his head and laying on his side in an isolette. He was precious. He was hooked up to many machines, but my eyes were focused on our new little son. I stuck my hand in his isolette and allowed him to squeeze my finger with his tiny hand. Such a strong grip for such a small guy! 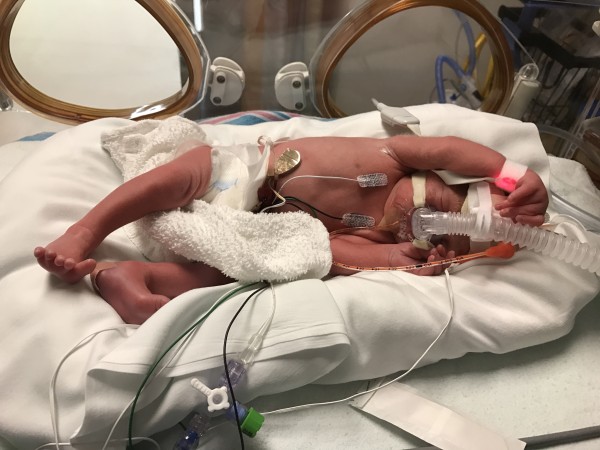 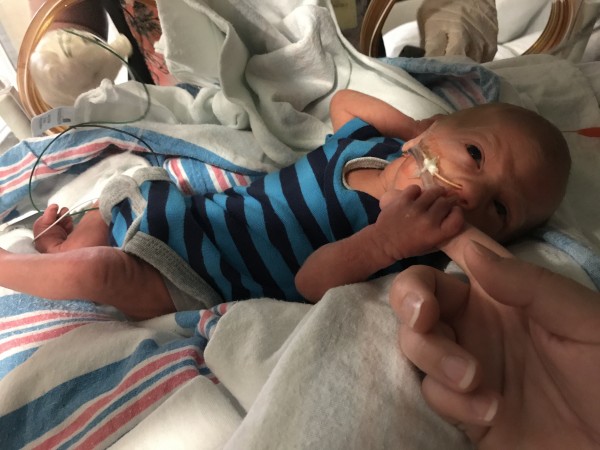 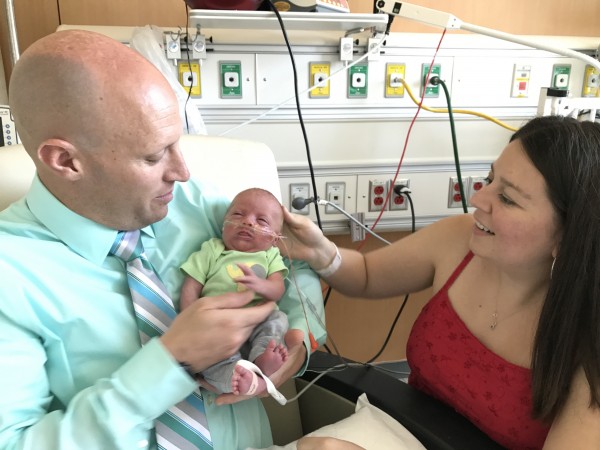 Life After the NICU

Our son has developed into a healthy nearly six month old. While we have plenty of extra appointments and precautions, he is doing extremely well. Parenthood has become much more normal. We recently celebrated his first Halloween and even took him out for a little trick or treating! He laughs, smiles and fills our hearts with joy. We look forward to the journey ahead, but will never forget our time in the NICU. 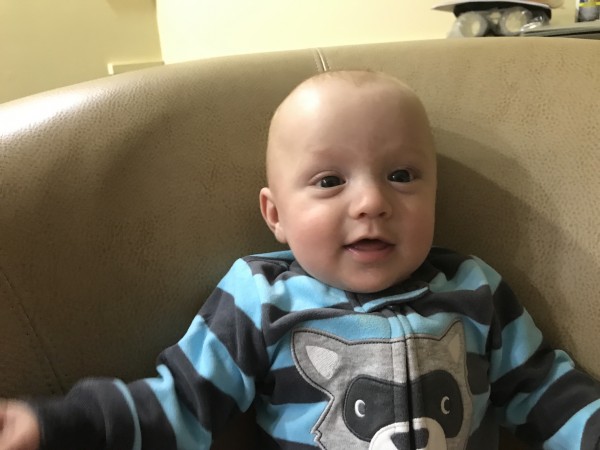 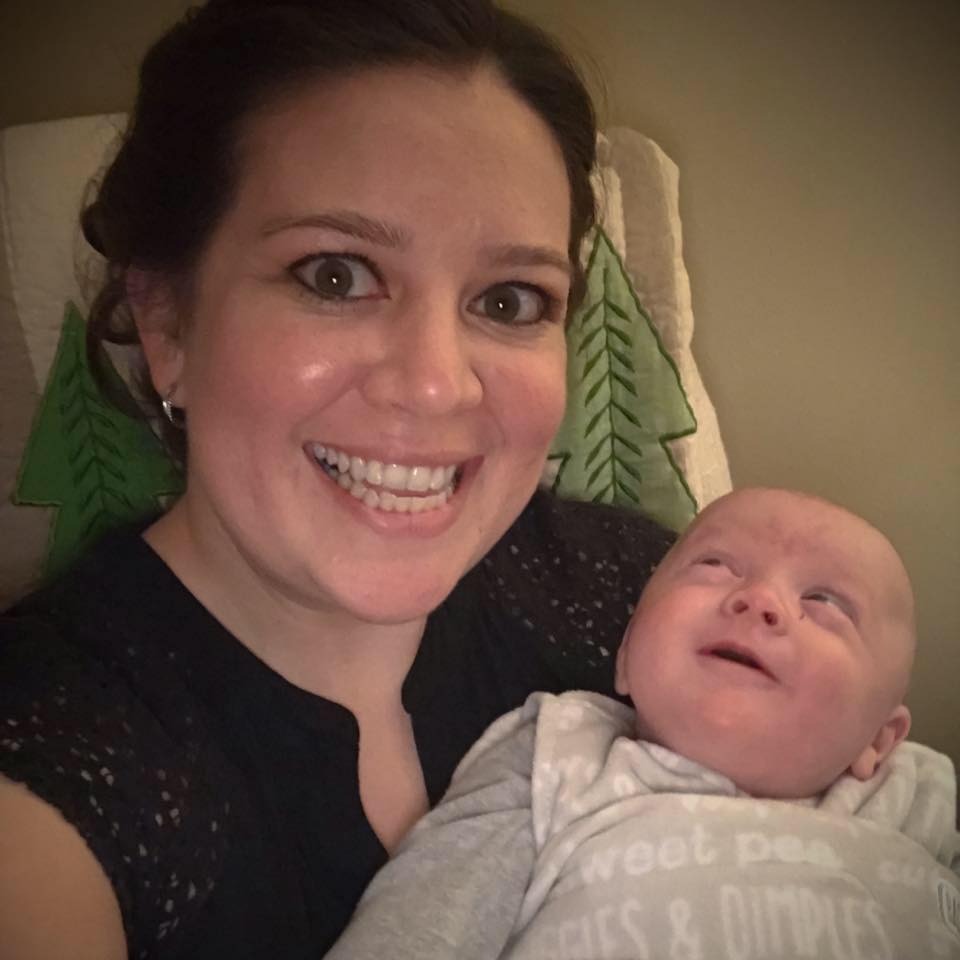 I love to travel, play volleyball and most importantly love to spend time with my family.