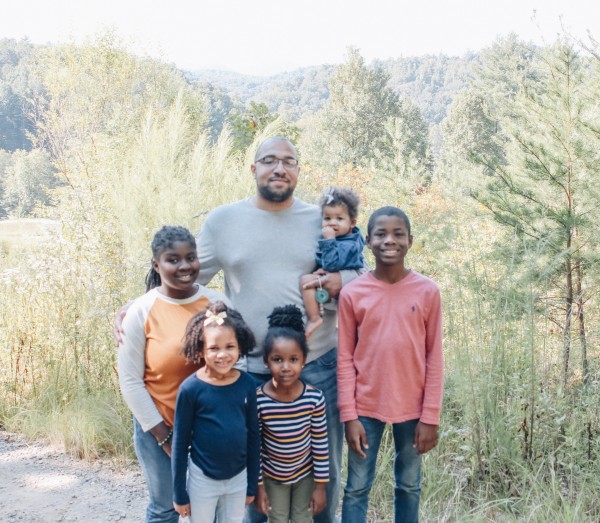 Usually, when people talk about blended/stepfamilies they only mention the things that go wrong. While there are some blended family nightmares, there are many more that are not.

In the case of my family, it has been one that has had its trying moments, but overall has been amazing.

One of the key components to having a well-adjusted stepfamily is the fact that my husband and I committed to taking the time and necessary actions to get there. This meant that making sure everyone around us understood that he wasn’t just their stepfather, he was their father. And that he was equally as important in their lives as a biological one.

When my husband entered our lives, it was just Alyssa, Andrew and I. Being a single mother with two kids, was stressful, and trying to handle a relationship at the same time made things between Chris and me very hard.

No matter how hard things were on my end, however, from the very beginning Chris treated Aly & Drew like they were his own. Having no children of his own and very little experience dealing with kids, he always made sure to be present whenever they needed him. Whether it was coaching Alyssa’s soccer team and basketball team or starting our annual birthday Marvel movie tradition with Andrew, Chris always treated them as if they were his own.

One major factor that people sometimes are scared to discuss in blended families is discipline. One thing I have always held on to (that I learned from my dad) was that I cannot expect someone to love, care and provide for my children as their own, and not allow them to discipline them.

This meant that when we moved in together (and then married) that we had to have effective communication early on. Without the fundamentals of effective listening and understanding, couples can become gridlocked on major issues.

Using “I” statements to express your feelings and needs, accepting responsibility, staying respectful, having gratitude and appreciation for your partner’s positive traits and actions, and being able to take a break when things get tough are all helpful ways to keep arguments from escalating and to avoid these behaviors”- Gottman Institute

Parenting as a team

As I previously mentioned, discipline can be a very touchy topic in stepfamilies. We often have this unspoken loyalty to our children and hate to see anyone correcting or admonishing them. It’s completely natural, however, we have to allow for trust to develop between stepparent/child, and that will not happen if we are always intervening.

One thing Chris and I did was sit down with our pastor (and a counselor) and laid out our parenting goals and methods. There were some major differences that we knew we had to work through before we married. Getting through to the other side of those issues are what I feel has made our marriage successful.

“It’s important to establish roles for parenting and discipline early on and adjust as needed to each child’s developmental cycle.”–Gottman Institute

We knew if we were not on one accord in regards to discipline, that our impending marriage would not survive. Chris and I have developed a parenting plan that we both agree with that is a combination of both of our methods, and it’s what works for our family.

Realizing we weren’t only saying “I do” to each other, but to the children as well.

Unlike couples who marry and there are no children involved, for those of us that marry and are bringing children into the marriage, the “I do” isn’t just between husband and wife; it’s a commitment to the children as well. From the very beginning, Chris always made sure that Alyssa and Andrew never felt like he was just their “stepfather”, but that he was their dad and they were his children.

He (and I) never wanted there to be a clear division between Alyssa & Andrew vs Isla, Sarah, and Aaryn; and we have always made sure it has stayed that way.

I won’t pretend that everything has been perfect. We still have family members that treat the older children as if they are not family, and of course, there are people who only see him as the stepfather, however, in our household none of that matters.

At the end of the day, we aren’t a blended family, we are just a family.

Don't Do It All Alone... Your Spouse & Kids Will Help You!
10 things our parents did that parents today should bring back
How (and Why) We Coparent, Even When It's Hard and Messy and Feels Impossible
advertisement

Don't Do It All Alone... Your Spouse & Kids Will Help You!
10 things our parents did that parents today should bring back
How (and Why) We Coparent, Even When It's Hard and Messy and Feels Impossible