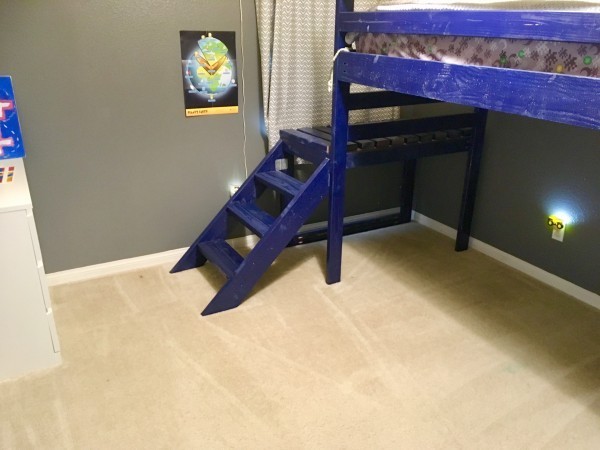 When was the last time you cleaned your child's room? For me, it was how I spent my Sunday afternoon this past weekend. Don't get me wrong - there's plenty of other things I would have rather spent my free time doing, but it needed to get done and more often than not, parenting is full of making tough decisions and choosing to lean into the difficult times when all you really want to do is take a run or go to the beach or read a book.

It might seem like I'm raising a spoiled brat by sharing that I cleaned up after my child, but that couldn't be further from the truth. This weekend, I cleaned my son's bedroom as a lesson in good old fashioned gratitude.

It occurred to me that Joseph was in need of a reality check. He's an only child and his loved ones love to spoil him. He has more LEGOs and Hot Wheels and science kits, books, and board games than the toy aisles at Target. He has a play room and a bedroom, both of which are fully stocked with a lifetime of entertainment whenever he pleases.

What he was lacking in his all-access freedom was the structure and opportunity to earn the time to enjoy these privileges. With having so much available to him at all times, he naturally took advantage of the fact they were his things that he could play with whenever he felt like it. I failed as a parent to show him that these things he had been given were not to be taken for granted.

Unfortunately, I've come to learn (a little late in the game!) that my son has more than most kids and I'm mad at myself over it because I never wanted to raise a spoiled child to begin with. He complains to me that he's bored or doesn't want to play with the toys he has or read the books we have on his bookshelves. If he had things his way, he would veg out in front of the iPad or TV watching other kids play video games for hours at a time. Not in my house!

I think back to my own childhood and remember that I was happiest making movies or magazines with my cousins, playing outside with the neighborhood kids. There were plenty of toys and games that I wanted, but I was one of four children to a single mother so we were on a budget that kept us from dipping below the poverty line. Keeping food on the table was my mom's goal, and as a result, I think she ended up raising some really strong and independent, resilient and creative thinkers.

I recently set up a chores and responsibilities chart at home for Joseph and I've seen firsthand that he thrives when he's given a task. He has been consistently making his bed every morning and he is always so proud to tell me when I ask if it's done. Surprisingly to me, he's great at unloading the dishwasher and taking out the recycling. He sorts the laundry into darks and lights before we throw it in the washer and he sorts it into mine and his after we take it out of the dryer.

He really enjoys getting to earn his stars for the tasks that he completes. I've failed in making those representative of anything, however. He doesn't earn an allowance or screen time or special trips or meals with the stars and it's becoming clear that there may need to be a benefit associated.

Bring on the big dramatic change that just occurred - I cleaned my son's bedroom. I made it spotless. I even vacuumed...because...well, he's a boy and they're gross. What you don't see in that photo above is what his room looked like before I made this life-changing clean up. He had a building table and storage containers full of LEGOs, halfway built creations and lots of tiny little pieces all over the floor. I spent a few hours and I picked everything up and put it away in boxes that are now neatly stacked in another part of the house. He will now have the opportunity to earn time to play with those toys that he once took for granted.

Sure, I cleaned his room, but it was out of necessity. It was time to make some changes and I look forward to doing better as his mom starting now and molding him into a more responsible, respectful, and thankful person. If I don't put in the work to handcraft him into that person, why on earth would I expect he'd just turn out that way on his own? I wish it were that easy, but it's not, and no one ever said that parenthood was easy.

Building Brotherly Love One Bickerment at a Time
Clean Your Room! Tips for parents of special needs children
My kid doesn't obsessed only video games
advertisement

Building Brotherly Love One Bickerment at a Time
Clean Your Room! Tips for parents of special needs children
My kid doesn't obsessed only video games