Published by Christina Casteel on November 12, 2017

Jeremy and I left our hearts at the St. Mary's NICU on Friday December 9th 2016 with our sons Cole and Heath. They were born on Monday December 5th at 4:02 and 4:04pm a mere 2lbs 12oz and 2lbs 13oz. They were expected to arrive closer to March 5th, 2017 but we knew there was a high risk of them arriving early. I had some health concerns that came up, but, we kept our positive vibes flowing. When we got past the 24 week mark we were happy as could be, then the 26 week mark and we thought phew, everything is going to be fine!! I wasn't dialated and there wasn't much more thinning with my cervix.

Monday December 5th we were 27 weeks and 1 day I woke up with an intense pain and promptly called the clinic. They had me come in I was 2cm dialated and my water was about to break so they put me in an ambulance to the hospital. By the time I arrived at St. Mary's hospital I was 4 cm dialated and in labor. Jeremy was able to get there in time to meet me in the labor and delivery suite where they tried to stop the contractions but were unsuccessful. They informed us that the boys were coming and they were too small so a c-section was the only option. Within an hour our beautiful boys were born.

Jeremy was able to see them mins after they were born but they were promptly whisked away to the NICU for care. I was able to see a picture of them but waited for almost 2 hours to see my two miracles with my own eyes. It was love at first sight followed by an overwhelming feeling of sadness, concern and questions. I was able to spend 30ish mins with them and (what seemed like) a million nurses that were huddled around them but had to rest myself. I was taken to my room and told to sleep because the only thing I could do for my babies was to take care of myself.

The next couple of days were filled with pain, tears, and information. SO MUCH information it was hard to process. We spent our oldest son's birthday, Christmas, new years, and my husband birthday all in the NICU showing our babies nothing else mattered more than them.

I was able to have my baby shower with the boys on a live feed from the amazing angel eyes cameras that our hospital had so everyone was able to see them.

Or family, friends, and community did every thing they could for us during our 77 day stay. Our story was featured in the local paper, they did an amazing fundraiser for us, or sons wrestling team made sure we had warm meals. Our friends and family were the reason we made it through, they offered everything we needed and more.

The 1st day we had both our babies home happened to be the day of our fundraiser. It was an amazing day, we came home with both our babies and saw the parking lot of the bowling alley across the street full of vehicles that we knew were people that were there for us. (We lived across the street) I couldn't stop crying, I was looking at all the love in the world. I was able to show my babies the outstanding amount of people that were praying and thinking of them. Of course we couldn't take the babies there but watching it from the window with them was just as heart filling.

In the midst of our NICU journey my husbands father got sick, he was in the same hospital as the twins for some time. His motivation and goal was to hold his twin grandsons, he was able to come home while the babies were still in the NICU but not heathly enough to come to the NICU to see them. A couple of days after we got home with the babies we took them to my in laws house to have him finally meet his twin grandsons. He was happy and full of smiles, he kissed them on the cheeks, booped them on their nose, and told them how he loved them so much. He told my husband and I how proud of us he was and we kissed him good bye to take the babies back home. When we left you could see the peace in his eyes. He had done what he had fought and hung on for. Later that night he passed away peacefully in his home. He was an amazing man. I am so blessed I was able to get photos of him holding both of them that day.

Even today, almost a year after the hardest year of my love started, I can look back and know I made it through. There are still days I catch my self trying to remember to breathe when I smell hand sanitizer, hear beeping noises, or telling someone my twins age because it always takes me back. But then there are the days I can remember the love I felt the day my hearts came home finally, the overwhelming joy I felt when we were told good news about their progress then finally that they were being released and the appreciation that i have for the nurses that made the happy ending to our story possible. I know I'm stronger because of our 77 day journey in the club you never want to be apart of but it broke parts of me too. Crying everytime I open one of my NICU support groups because the heartbreak I know those families are feeling, seeing pregnant mom's and feeling robbed of 3 month's of growing my babies inside me, but the hardest is trying to get through the realization of everything that I have faced and over come in the last year.

I am a blessed mom because I got to bring both my hearts home. I will never know why this happened but I know I am strong. Any mother that has sat in NICU room even for an hour is stronger than when they walked in. We are the strongest people in the world and we were blessed with these babies for a reason. 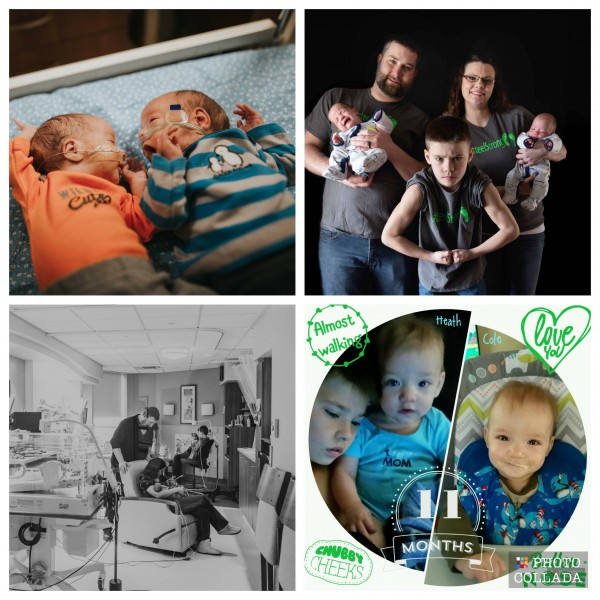 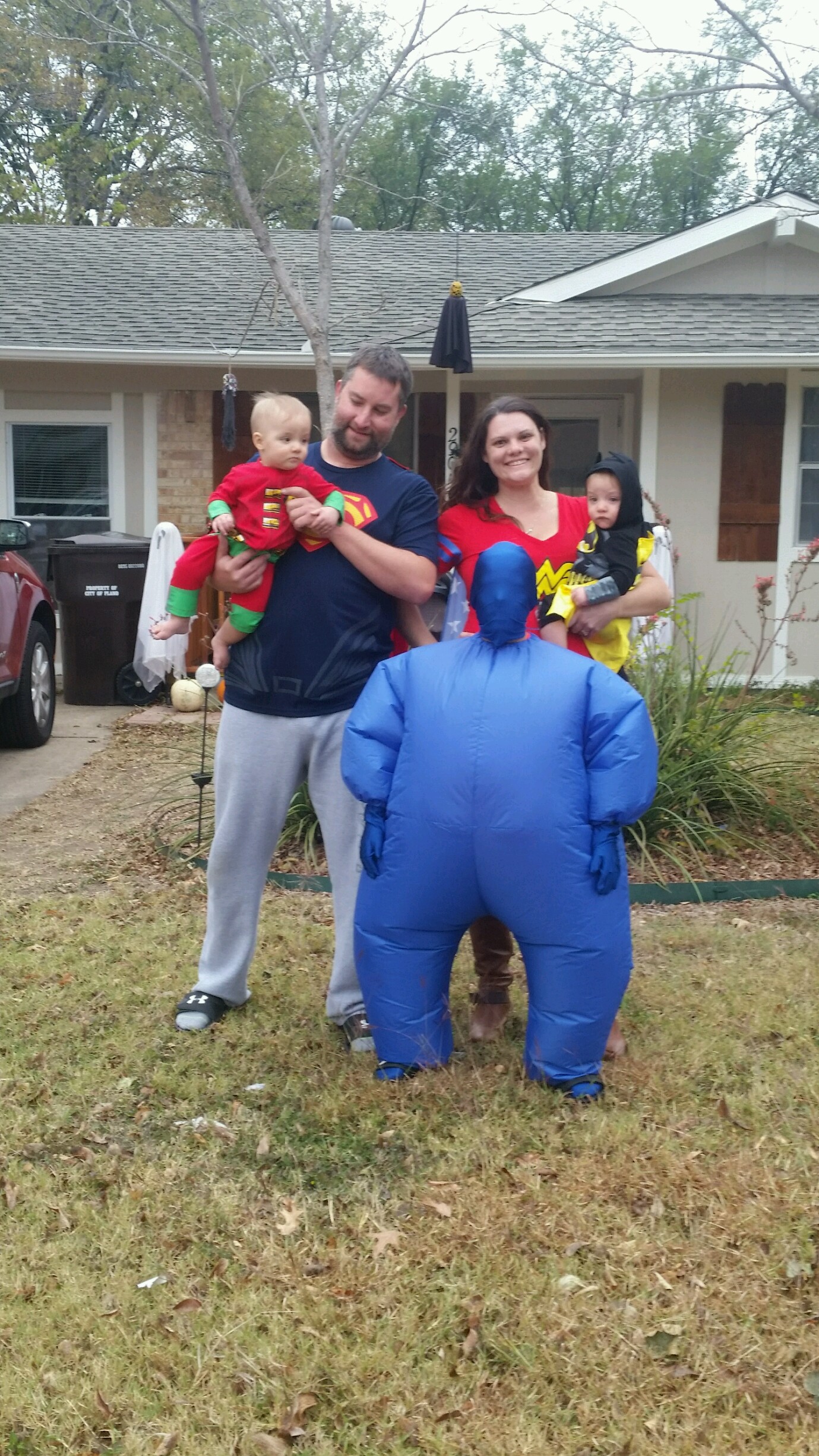 I have 3 boys, 1 soon to be 10 and almost 1 year old twins. (9 months adjusted) Life is a roller coaster but I couldn't have picked a better husband to do it side by side with. I'm truly blessed.