Navigating Autism From a Positive Perspective 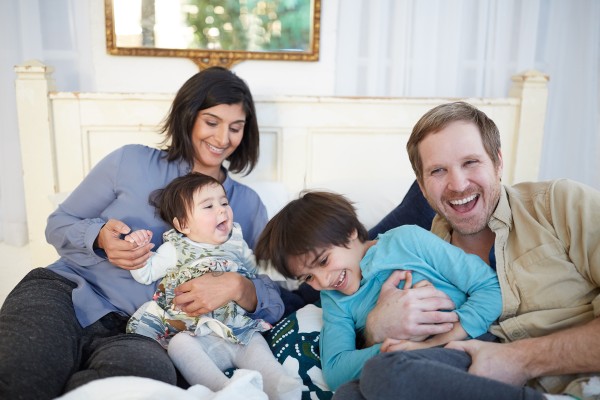 My son has the diagnosis of autism. He was diagnosed at two years and three months old; literally five years ago this April. He was born perfectly fine and hit every milestone until age two, but then things soon changed. It was like we knew and fell in love with this baby boy, and all of a sudden started losing him. He stopped looking at us and stopped talking, he started doing strange repetitive things, and stopped being like and developing like all of the other kids we knew. He stopped playing appropriately. And what was so scary then was that we lost the vision of the bright future we were so sure was predetermined for him. I had worked so hard at building a business to get us to a point where he would have everything in life that I didn't, and so much more. He's also ridiculously good looking, sweet and brilliant, so we thought he might be the next president or hot Hollywood actor that could also launch a new socially-impactful venture and marry a beautiful girl he would meet while jet setting to Bali for a surf trip, and then have beautiful babies for us to play with one day. That was pretty much what we had had in mind.

At first I mourned everything. I was so mad at the world. My husband and I would get so angry when we saw a parent not fully appreciating every little thing their neurotypical child could do with no effort, like figuring out how to swing on the swing using their legs or ask a simple question. With Zane, everything became a challenge. We weren't given any hope by the neurologist and he basically made us feel we had been given a life sentence.

When I started researching therapies, treatments and cures like autism parents tend to do, I found endless rabbit holes to go down, but in them there were stories of hope. Rare yes, but they were there and documented. I was motivated to stop mourning and start doing. I found an organization called Taca, run by my friend Lisa Ackerman. She says to newly diagnosed families, "It's not game over, it's game on." We found doctors who believe in our son. We found doctors who treated autism as a whole body disorder instead of simply a disorder of the brain and that many kids on the spectrum are "gut kids" who tend to have GI issues and imbalances of bacteria in the gut. We changed his diet, we do all kinds of things that might seem crazy like preparing loads of bone broth and directing focus on restoring his gut heath. We use labs to guide us on how to correct imbalances that may be attributing to his symptoms. We also undergo therapy, tons of it: occupational, sensory integration, speech, physical, behavioral, and the list goes on. Every new ability is hard won and a huge triumph, but he does make progress.

Today he's seven and beyond beautiful. He has a very limited way of communicating, but I feel it's improving. He has strange loud and mind numbing repetitive behaviors and obsessions, but again he's so pure and loveable that he has no ability to whine like other kids do, which I appreciate. He's so smart; he's a trooper and works so hard. He loves rock climbing and does a form of karate, which has also unfortunately made his hands and legs very strong when he pulls our hair and kicks us during unparalleled moments of frustration. He is still trapped inside a body that feels awful and scary to him, and even more awful, he can't tell us what hurts, and then what's even worse is to watch your child suffer and not know how to help. The most important thing we have to do is to always see him as Zane the individual and never let him feel like he has a label, a ceiling, or that he is the cause of our worry.

The slightly dated research of today tells us autism affects one in 68 children. It's higher in some states like New Jersey, where it’s one in 26 boys. Think about that for a moment. This was 1/10,000 kids 20 years ago! Genetics do not evolve that fast to be the culprit.

I believe the epidemic is not due to a rise in the ability to diagnose (maybe a wee bit, if at all), but rather from an ever-changing environment that’s triggering genetic predispositions that we have passed on to our kids that make them more sensitive to toxins and other environmental issues that are now prevalent. Just think about the number of food allergies we have today that just don’t make sense. I believe this epidemic is very much related, and that we as families, must focus on prevention and strengthening our babies when we are thinking of pregnancy. An advocate of breastfeeding, who breastfed some myself, I’m also adamant that new mothers need to stop feeling guilty if they cannot or decide not to breastfeed. Some of the ways mothers/families can focus on prevention and strength is via improved prenatal nutrition, the avoidance of chemicals and toxins in the environment, and there should absolutely be a focus on gut health for our babies so they have stronger immune systems as well as a careful vaccine schedule. For more information, see the healthy child guide at https://neurologicalhealth.org/healthy-child/.

One thing we can all agree on is that the sooner parents get an autism diagnosis, the sooner they can start the journey of therapies and interventions that can make a real difference in the outcome, so if you know someone or have a child you are concerned about in any way for any reason, see the developmental pediatrician as soon as possible. Fight for an appointment now; don't allow time to be in denial, it doesn't help the situation!

There are no guarantees about early diagnosis, but some families have made tremendous progress. Some like ours try everything under the sun, make slow and unsteady progress, but never stop fighting for their kids. Lots of families, like 50 percent, get divorces and many also go bankrupt trying everything. For us, it's made us a stronger couple, but I do understand how it can tear a family apart if they didn't agree on the way forward, as well as the financial burden to bear.

For us, we know our son is in there and we agree to do everything we can that is recommended by our doctor, and to never give up and to love Zane with everything we have in the meantime. I look at all the research and therapies, and believe that the science is there to address this epidemic, and I know of a number of new studies looking for answers through stem cell research, the microbiome, and mitochondrial dysfunction. It's exhausting and painfully disappointing when something that has worked for others doesn't work for Zane. But because there are other rocks to overturn and new lenses through which to understand autism that science is only beginning to use, I keep my hope for him and all of our kids alive.

If you know families with kids with autism, one thing I should say is that you should be really kind and try to understand how hard and different their lives are. Parenting is not easy for anyone but for families like mine, it can feel like constant heartbreak coupled with moments of happiness and triumph, not the other way around. And those moments of happiness are the ones we all live for daily. 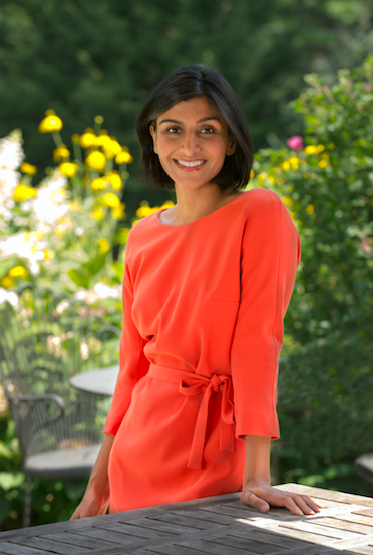 8 mistakes I made as a mom of an autisic child
Don't Treat My Son With Autism As If He's "Less Than"
Are Meltdowns Really Just Temper Tantrums?
advertisement

8 mistakes I made as a mom of an autisic child
Don't Treat My Son With Autism As If He's "Less Than"
Are Meltdowns Really Just Temper Tantrums?