Published by Rhiannon Giles on September 29, 2016 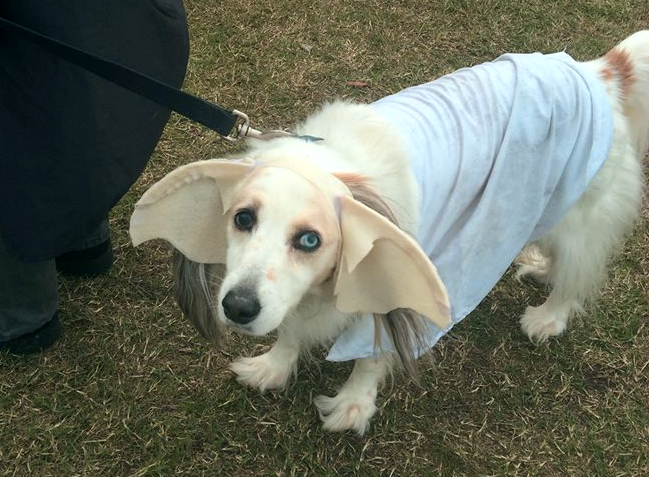 Halloween has long been my favorite holiday. I start planning months in advance -- sometimes I have an idea for the following year before we have even taken off the costumes for the current year.

Around August I start having nightmares that it is Halloween and I have forgotten to pull anything together. In fact, the one year I did shun costumes was my sophomore year of college, and I ended up in the hospital. Lesson learned.

Here are the costumes I have come up with over the last few years.

2015 was a difficult year for our family. My son had been born two months early and I was exhausted. We definitely needed a little magic in our lives. We dressed our son up as Harry Potter, with me as his Nimbus 2000. Our daughter was Hermione and my husband was Snape. Rounding out the group was our dog as Dobby the house elf. You can't see in the photo but she has a sock tucked into her collar.

It's those little touches I love the most. Hermione's stack of school books were hollow and doubled as a candy bucket. Harry had a golden snitch pacifier. 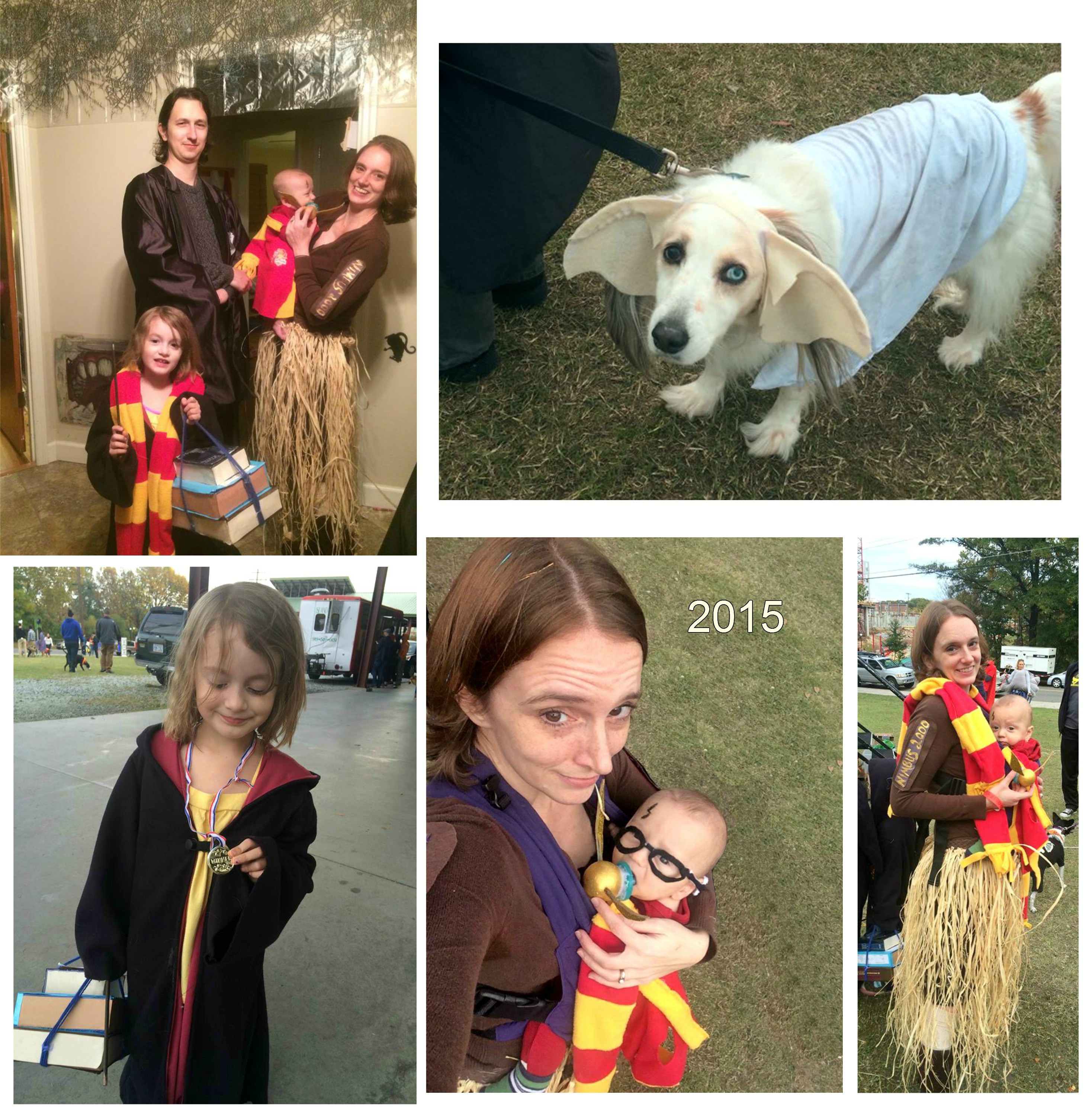 I did not want to put a six month old in his costume for school and have it get ruined, so at 7:00 in the morning I threw this together for daycare. The Doctor, his sonic screwdriver, and his ultra cool fez. Doctor Who fans will recognize that frightening crack in the pumpkin, as well. 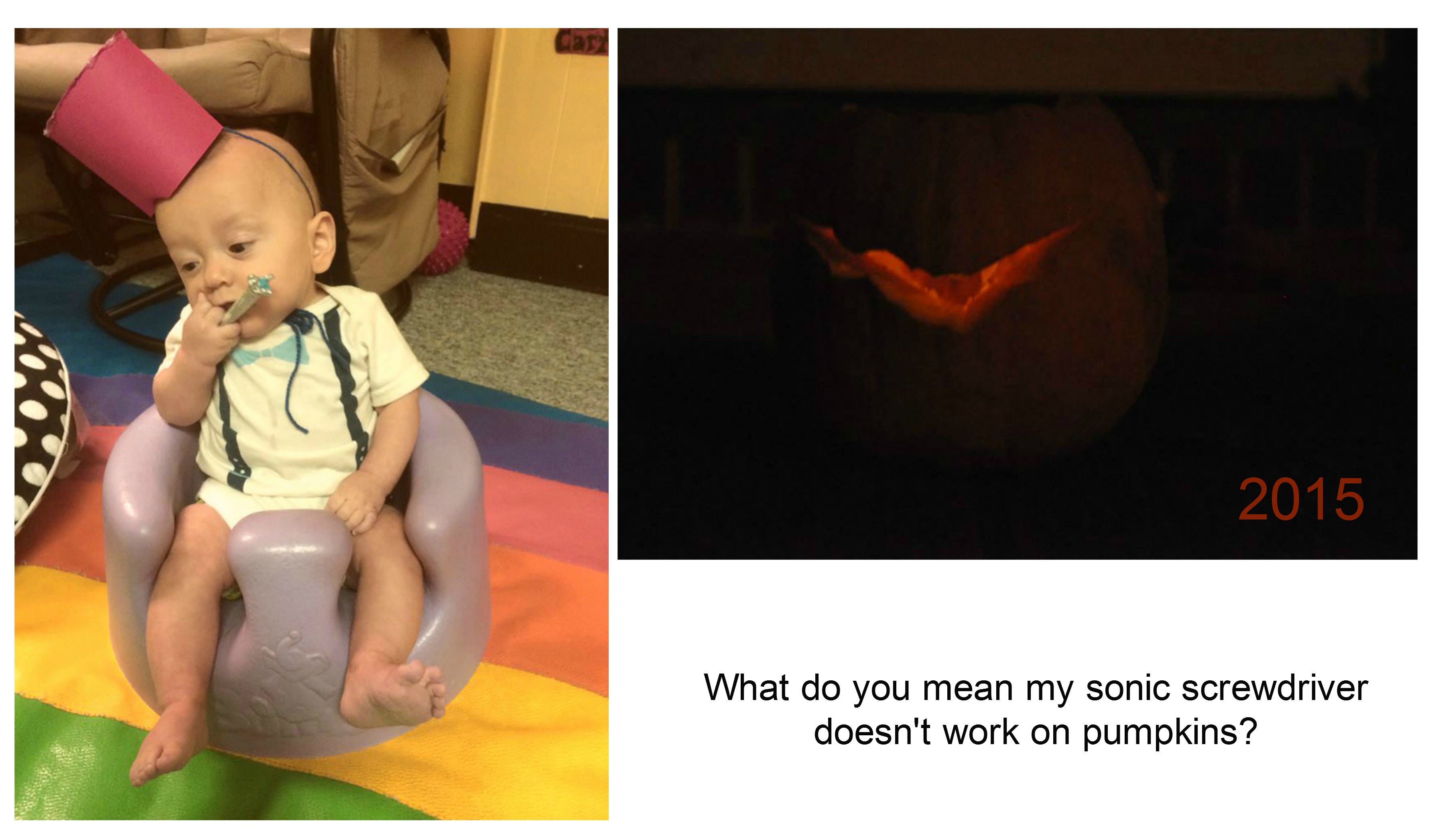 My daughter wanted to be a jellyfish in 2014, so we got a clear umbrella and decorated it, including battery operated LED lights to make it glow in the dark. Keeping with the glowing theme, I was the constellation Orion.

As you can tell, I don't think Halloween costumes need to be scary, and this one was just plain adorable. Me as Rainbow Brite, our daughter as a sprite, my husband as the evil Murky Dismal, and our dog as Rainbow Brite's horse. 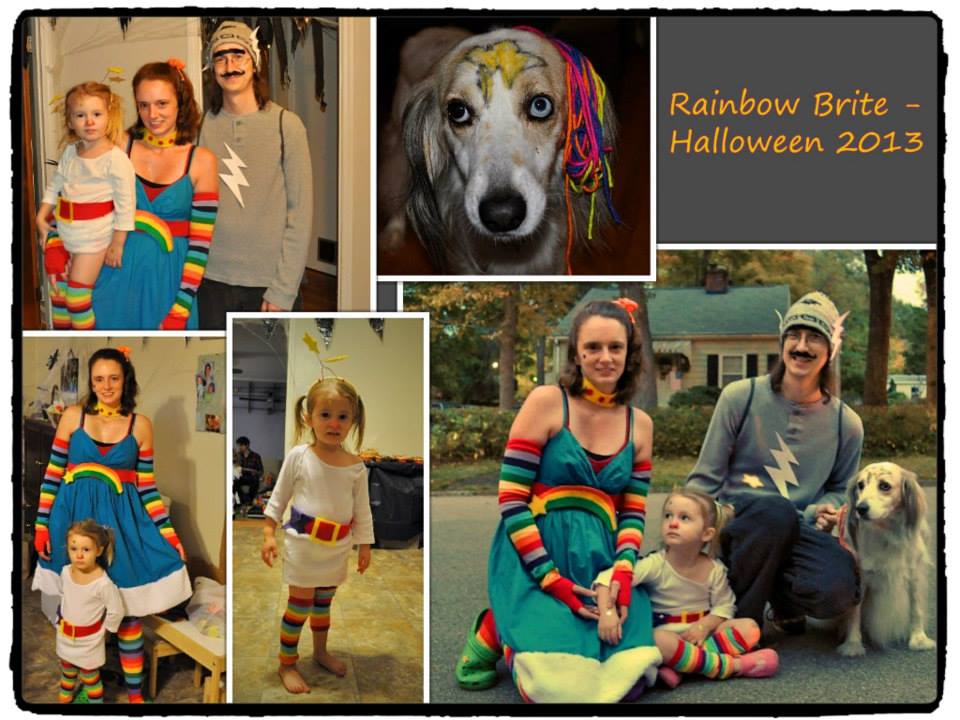 This is the first year where I feel like I got really creative. I was the sun peaking over a cloudy sky with rain falling down my legs. My daughter was a rainbow. I took a Halloween pumpkin bucket and sprayed it gold as the pot of gold at the end of the rainbow. I used battery LED lights so my cloud could have lightning flashing through it during the night. My husband was dressed as a giant lightning bolt, but somehow I don't have a decent picture of it. 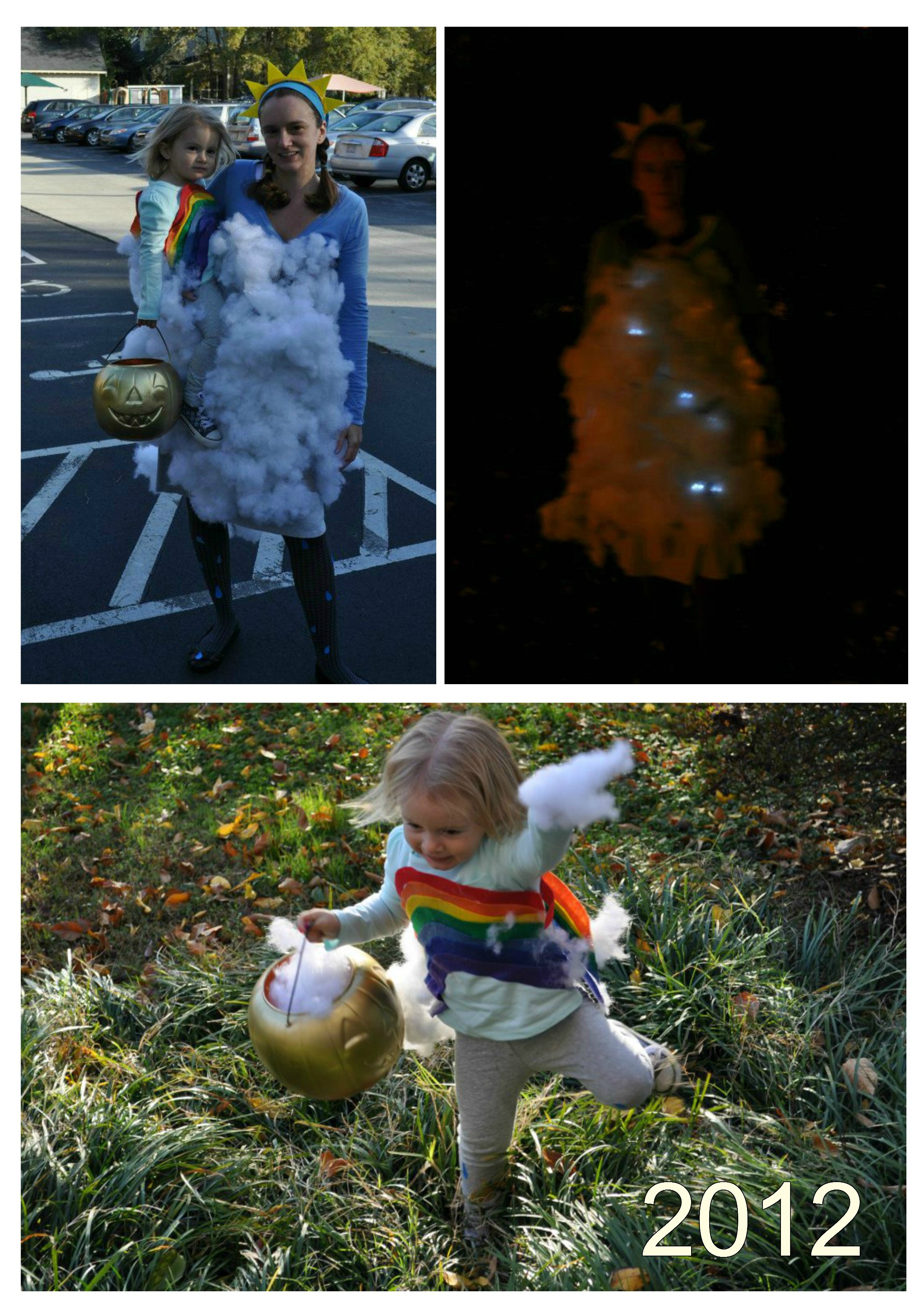 The Halloween failure dreams have cranked up this year, and I am planning to start putting our costumes together soon. Go follow me on Facebook if you want to see our costumes come November 1st!

Walk, Don't Walk
How to make a DIY jellyfish costume
Back to the Future DeLorean Stroller Costume
advertisement

Walk, Don't Walk
How to make a DIY jellyfish costume
Back to the Future DeLorean Stroller Costume