I had to raise my voice at work today.

It’s been seven hours since I had to be quite firm on a conference call and, yes, I still feel bad. Bad? Guilty. Annoyed. Nervous. All of the above.

(Also, do we still call them conference calls? Or do we just go by Zooms now? I know the gulf between PowerPoint and Slide Deck shows a thirty year age difference, and I hate to point out my age so obviously)

It’s been seven hours since I had to be quite firm on a Zoom and, yes, I still feel bad.

Don’t get me wrong, the raising of my voice was absolutely justified.

Without blowing your mind with company jargon, I’ll offer a surface level explanation. I was being asked to do something that goes against my team’s best practices and, therefore, I pushed back. Nicely. I offered a litany of why’s and how’s and we do this because if we do X or Y...Z happens...and Z is no bueno.

I could have tossed our guidelines aside and avoided the clash, by that’s not really my jam. I am a rule follower, even if it means listening to someone lose their shite on me. And, in my corporate world, the rules in question, and the ask to ignore them, are in place to avoid potential disasters. The rules are in place to avoid security issues. They were not made up on a whim. They were not built to drive our sales teams bananas. It would be easier to not have them in place, except for that whole disaster bit. And I’ve experienced the disasters. It is why I continued pushing back over the following two days as my pushy, new friend kept pinging me over and over and over demanding a different answer. It is why I alerted the rest of my team, when I heard my pushy, new friend was shopping around for someone who would give a different answer. I felt like I was dealing with one of my teenage children when they travel from parent to parent after the first one says, “um, no.”

Sometimes, I want to blurt out We work in technology, friends, no lives will be lost here!!!

Instead, I went into hours of failed attempts to push that Zoom out of my mind while I also tried to figure out a workaround just to keep the company peace. Of course, I always ended up at If I make this exception, how long until my pushy, new friend would be back asking for another. I did not want to open that conversational vortex of But you did this last time, especially since much of the push included descriptions of other exceptions that had been in similar situations that took place years prior to our revamped best practices.

After multiple attempts to convince my pushy, new friend that, no, I was not unseasoned; that there was a reason for these policies; that the days of exceptions ended years ago; and that, yes, our previous company and merged company did run this project a bit differently...and being interrupted and/or talked over every single time...I pulled out the old adage I often use with my sixteen-year-old-lawyer-son.

Can you please let me FINISH?!

I suppose the paperwork will note that I should have suggested a meeting with my manager prior to that minor explosion. The reality is, I shouldn’t have to pass someone up my chain of command because they have decided that they know how to run my workspace better than I do. I shouldn’t be sitting here, hours (and then days) later, feeling nervous that I will be the one to get dinged because this guy kept driving a train through every one of my sentences instead of listening to what I was saying and taking a stab at understanding why I seemed to know what I was talking about. Instead, I’m wondering if he’s sitting at his dinner table telling his family that there was a lady at work who needed a Xanax.

This is what it’s like to be a woman.

We cannot be aggressive at work (or anywhere, really) without repercussions. If you think we love to hear things like she’s crazy, she went off the rails, she’s on the rag, or she came unhinged, you are wrong. We do not wear those personality assignments proudly. We wear them with confusion and hurt and a feeling of being unheard. Have you seen how people react when a man suffers through self-checkout and nears the storm-out stage of robot accusations? It typically warrants a slow but rising giggle before someone steps in with a What a nightmare, right?... and helps him Pass Go. A woman reaches the storm-out stage and the entire store becomes silent while patrons try not to make eye contact with the coming meltdown and start a group prayer that the crazy lady simply vaporize.

Don’t believe me? Tell me the male equivalents to Felicia or Karen or B***h.

I told my husband almost immediately about the phone call. I wanted someone to affirm that this fellow was aggressive and out of line. He did. He also suggested an email to my manager explaining the situation. I balked as I knew my manager was on vacation and I didn’t want to disturb him by sounding whiny. Yes, now I was prolonging managerial assistance because I was worried about what another one of my male colleagues would think of me. I knew that my stall would give my pushy, new friend a chance to reach out to my manager before me with stories of how I was unprofessional or unkind or refused to act as directed or whine, whine, whine, whine whine.

But still, I preferred that over immediately having my very own back.

I applaud my husband for getting it. He used to have a hard time understanding how I could be a bulldog in real life but not at work. I suppose now that we work in earshot of each other's Zooms, it is clearer. When I balked at the email to my manager, he suggested a note to human resources. Again, I felt like that was too much. I hear my husband’s Zooms occasionally. I hear how he lays down the law with his colleagues and customers. I never hear him shut down his laptop after and sigh, Well, I’ll probably get in trouble for that one. For my husband, taking the reins and forcefully directing rogue Zooms almost always ends with notes of Way to go, You really nailed that, or Thank goodness you were in that meeting! For me, I got a note from the other meeting attendant saying Oh my gosh, I’m so sorry, I didn’t know he was going to be like that.

For my husband, tough meetings are like a badge of honor.

For me, they are the source of anxiety.

Even now (four days later), as I do my clickity-clack therapy, another piece of my brain is trying to figure out if Monday morning will bring sunny days or more frustration. I’m wondering how I can avoid my pushy, new friend. Should I just call out sick? Nah, not my style. I did write a note to my manager the following morning. I’m hoping that by tomorrow morning, I’ll be finished overanalyzing the conversation in an attempt to figure out exactly what I did wrong. A bit ridiculous. Of course, I do wish I hadn’t gotten so flustered, but here we are. I’m mildly afraid that my manager will come back in agreement with my pushy, new friend - that I should have broken the rules, that I should have smiled and nodded, that I needed to reel it in. The chances are incredibly slim, of course, but here we are.

2021 and women in the workplace are still trying to have a voice without having a label.

2021 and men are still under the assumption that those women who do use their voice are suffering from the vapors.

2021 and, dear lawd, some days there is just not enough wine. 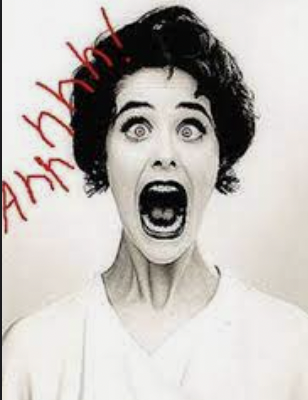 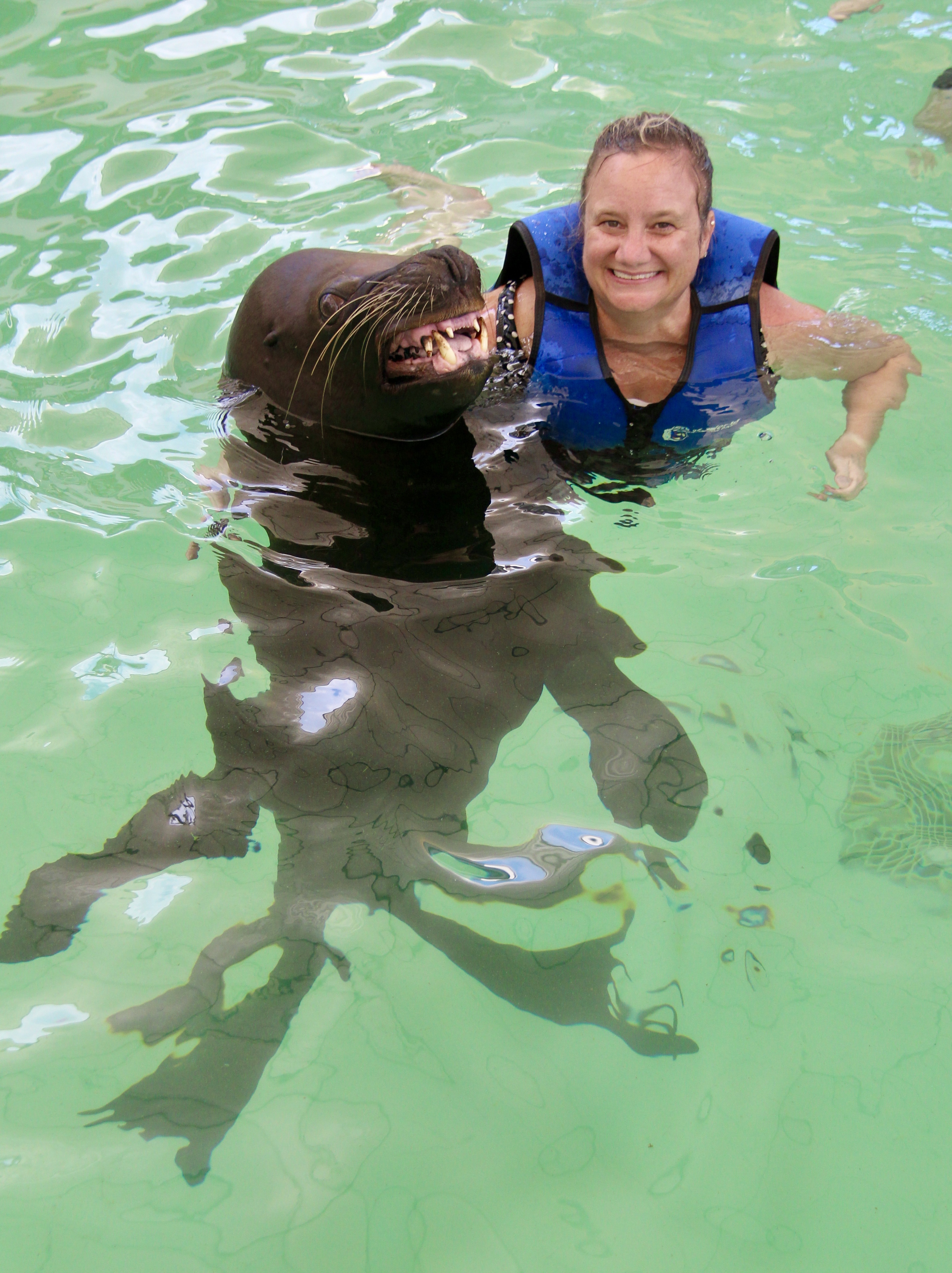 Wife, (step)Mom, and Armchair Psychologist. Often heard laughing at inappropriate times. Writing became an outlet for me when I was suddenly saddled with two (step)kids at a time when I had no knowledge about raising regular kids, let alone surprise kids. As an information gatherer, I was shocked at the lack of realistic resources with regards to (step)momming. I'm trying to up those numbers one blog at a time. It hasn't always been pretty, but we are all too stubborn to give up.