Truth: My House Smells Like Feet and the Dog Ate My Good Bra 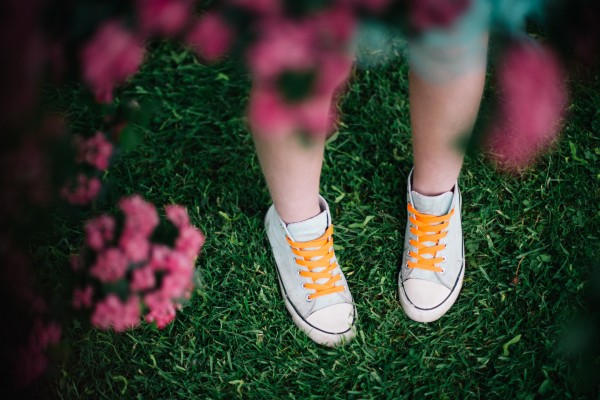 Lots of talk on the internet about what's real lately. I'll tell you what's real. My house smells like feet. Not in an overpowering "let's look for what's causing that" way, no, in a much more subtle, pervasive way. It's upstairs, downstairs, in the garage. About midweek, I smelled it everywhere and worried I smelled like feet. Several outings and showers later, I've eliminated that possibility. It's the whole house. I blame the children, of course. There are six of them after all.

If I ever write a memoir, it may very well be titled "What's That Smell?" The follow-up sequel to that smash bestseller will be titled "No, Seriously, Why is This Wet?" But I digress.

This week has taken every ounce of adult maturity I have, and that only got me through about Wednesday. Some weeks, six children are four or five too many. Despite our structured routines and color coded calendar, this week all the people needed to be all the places every day. This makes them needy and on high alert for any modicum of attention being given out to anyone but themselves. Because they are smart, precocious children, they are all needy in different ways.

The Bigs, Sara and Simon are needy in errand-y ways. As in, none-of-my-17-white-shirts-are-right-for-the-chorus-concert-tomorrow-night-that-I-haven't-mentioned-until-now ways. Or, this morning's 6 a.m. wake up call version: could-you-buy-me-Space-Jam-today-thanks-Mom, garbled as Simon rushed out the door. Apparently Space Jam is a movie. In the pre-dawn hours I thought it was a new-fangled breakfast spread. My rational self understands this teenage neediness. They are active and involved and have limited time at home and still developing their time management skills blah, blah, blah. Whatever. I'm considering implementing a 48 hour request turn around time and triplicate forms. That's how requests work in the real world, people.

The Littles, Jack and Lottie, are needy in more traditional, yet still insidious ways. On Sunday night, Gabe and I went to a concert. We haven't hired a sitter for a date night in more than a year but, our favorite band was in town and we fooled ourselves into thinking three hours away could do no harm. When we returned home we found five letters littering the kitchen table from Lottie: I miss my mom. Where is my mom? Why did she leave me? I miss miss miss her. Five full-page letters. Three hours. Jack took a more aggressive approach, and attempted assault. Simon had to physically restrain Jack to keep him from biting the sitter. Biting a sitter he loves. Three hours. That's what happens when you dare to dream - physical restraint and tear-stained letters.

The Littles aren't quitters, either, bless their 8 year-old hearts. As the week wore on, Jack forgot how to dress himself for school. Putting Lottie to bed Tuesday night, she asked me to stay with her and tell her what to think about. What to THINK about. I resisted the urge to say clowns, so Mom of The Year over here.

The Middles took the still waters run deep approach to neediness this week, balancing the team approach nicely. Because when you're running all over town at the beck and call of your teenagers, with small children clinging to your legs and torso, worrying about the long-term emotional health of your middle children helps to keep your mind occupied.

Here's just a sample: driving all over town on Saturday, I called Gabe to coordinate logistics. We went through the roster and divvied duties, and I hung up. Quietly, from the backseat, Caden asked "Do you like having children?" I panicked. Don't miss this moment, I told myself. Don't let the noise of the current situation drown out the truth. I responded quickly: "Let me be crystal clear, Boy-O, raising you and your siblings is the greatest privilege I could ever hope for. This is why I am on this earth. I love you and watching you grow and learn brings me joy." Paused, and looked in the rearview mirror to make sure I've skillfully averted a future of self-loathing and therapist couches. "Oh," he says. "It's' just sometimes six kids seems like a lot of work." Also true, Boy-O, also true.

Sometimes there's simply not enough attention to go around in our family of eight. But no one, NO ONE, is needier than the dog. This week Miller ate five socks, three pairs of panties, my good bra, a report on the topography of the ocean, Lottie's FitBit, two pairs of dance tights (the expensive convertible kind, not the cheap Target kind), and about a cup of styrofoam peanuts. He survived, surprisingly.

When I found Miller chomping the FitBit, I scooped him up in my arms, ready to deposit him in the crate for a time out or take his picture for an adoption site - open to either, I was letting that situation unfold organically. As I scooped him up, he nuzzled my neck. This awful beast of a dog, who had eaten $100 worth of stuff in less than two minutes put his paws on my shoulder and nuzzled my neck. And for a moment, I considered having another baby.

What. The. Actual. Frick?

Because I care for my own emotional health, in the very next moment I decided I was done adulting for the week. Awkwardly, it was only Wednesday-ish. Whatever, desperate times. We drove through Wendy's four times. I counted taking the recycling to the curb as exercise. We have a lot of recycling. I got my toes and nails done, because self-care matters. I put myself in charge of reviewing the internet for political memes and funny text misfires.

This is the best one. You're welcome. Enjoy your weekend. Let's all try again next week, shall we? 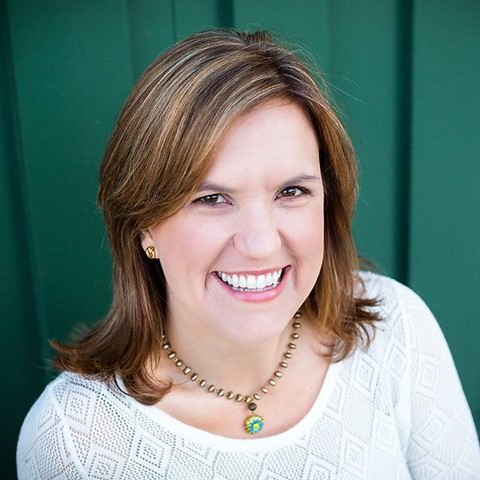 Kate Chapman is the founder of This Life in Progress, a community for divorced parents and blended families, and the creator of the highly-acclaimed Total Coparenting Transformation course. A coparenting expert, experienced executive coach, and widely published author with a deep background in psychology and sociology, Kate is most proud of her role as mom and stepmom to six children, ages 8-16. When she's not working, Kate's turning off lights in empty rooms and dreaming of a day when the dishwasher isn't full.

Kids and The Interwebs: Our Six Secrets for Keeping our Bunch Safe(ish)
How We Survive Summer With Six Kids (in 5 Easy Peasy Steps)
How We Keep Our Love Alive (with Six Kids!)
advertisement

Kids and The Interwebs: Our Six Secrets for Keeping our Bunch Safe(ish)
How We Survive Summer With Six Kids (in 5 Easy Peasy Steps)
How We Keep Our Love Alive (with Six Kids!)