To the Moms Saying "No" This Christmas

Published by Jillian Benfield on December 18, 2017

To the moms saying "no" this Christmas-

To the mom saying "no" to sending Christmas cards this year- you're doing fine.

To the mom saying "no" to bouncing around to different houses on Christmas Day- your family will be okay.

To the mom saying "no" to yet another holiday party- the party will go on.

To the mom saying "no" to more commitments this December- let them really go.

Dear mom, drop the guilt over saying "no" this Christmas. Drop it right now. Because in saying "no" to the extra, you're really saying "yes" to the things that matter most.

You're also saying "yes" to your own well being, which is perhaps the most important "yes" of all. Because, mom, you're it.

You may not be the reason for the season, but you're the one who makes it sparkle. Whether your child is 3 or 23, you're the magic maker, the dream granter, you're the reason they've been waiting for this time of year all year long.

So, mom, it's okay to say "no" this Christmas, because your "no" to something that doesn't matter all that much, is making it possible for you to say "yes" to the things that really do.

Moms, you're doing more than fine. You're the memory curator, the heart warmer and the atmosphere setter. You're the marshmallows on top of your kids' hot chocolate. Mom, you're it. 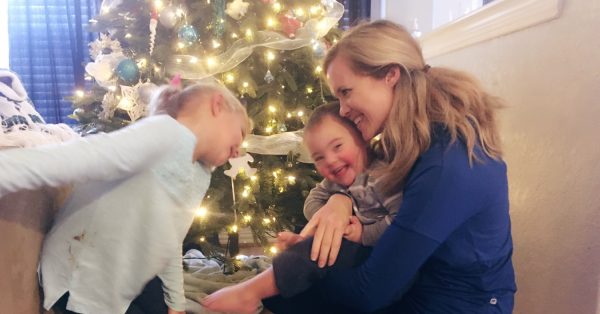