'Tis the Season for Half-A**ing

Published by jthreeNMe on December 9, 2018 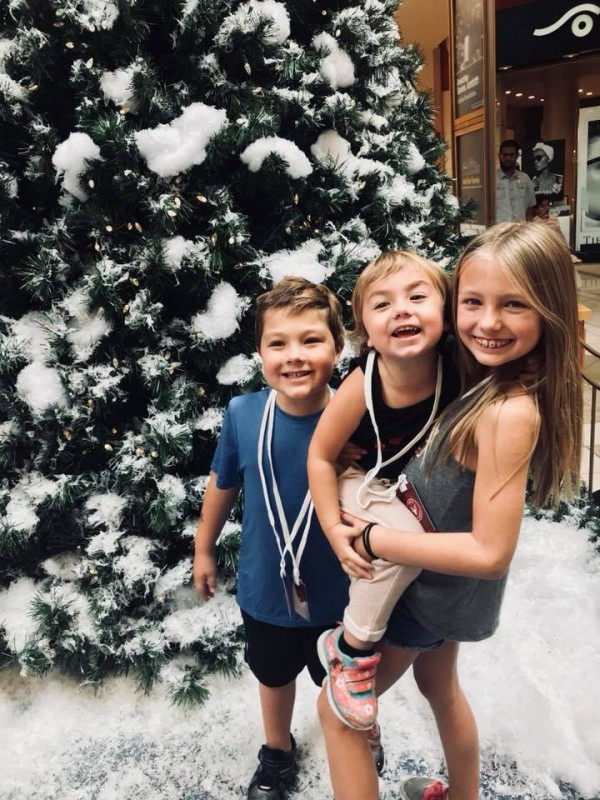 'Tis the season for half-assing.

Okay, that's not how the song goes but if it mimicked real life, it would; especially for those of us with kids, a job, and a marriage.

Before having kids, the only half-assing I was doing was letting my then tight booty peek out of a pair of two-short self-hemmed, denim shorts or squish it into a little black dress.

The tight booty is gone, I haven't put my thunder thighs in shorts in seven years, and although black is still my color of choice, I opt for high-waisted leggings instead of dresses.

I'm typically one who contends that parents, mothers, in particular, don't give less than 110% to the people in our lives and the tasks we tackle daily.

For many of us -- the control freaks, the anxious ones, the all-or-nothing thinkers -- giving less than our whole arse, and by that I mean our heart, head, and all our flippin' energy, to anything or anyone, is just not an option.

That is for every month of the year outside of late-October through early January.

During the brief period from Halloween night through New Years Day, us mothers half-ass the shiitake out of everything, and it is entirely acceptable.

What is it that I mean?

That it is impossible on a physical, mental and emotional level to keep up with all the things -- the housework (cleaning, laundry, bills, etc), a job, community obligations, a marriage, children, health (yours and your loved ones), pets, passions, hobbies, networking and friendships -- during the holiday season and that, well, that's just a partial list of a mother's general "to-dos."

With Halloween, it's the pumpkin carving and painting, the costume creation or expense, the costume decision changes and the arguments about 'em, the candy purchasing, the candy eating, the trick-or-treating manners teaching, the sugar rush, the sugar crash, the parade, the party and everything in between.

With Thanksgiving, it's making sure our kids know what it's all about -- gratitude and giving. And, then its the family get-togethers, the school events, the meal prep, the actual cooking, the baking, the traveling and ALL. THE. EATING.

Then, it hits December 1st and whether you like it or not you are on a one-way Acela track directly to Christmas.

There's the tree decision and the meltdowns because little Sally didn't get the 18ft tree she just had to have.

It's the pine needles that will coat your entrance way floor until next Christmas.

It's the ornaments that will shatter because the dog or a kid will run right into the tree despite ten warnings to stop running in the house.

It's the candy cane-caused, sticky fingers that will leave prints on every wall, door and knob in the home.

It's the Santa sightings, Santa visits, and all the threats about Santa not coming unless there is behavior improvement.

There is wrapping and bows and glitter, and I repeat, so much freakin' wrapping.

There's spending; an ungodly amount that seems to happen despite any efforts to decrease it.

There's family gathering and eating, and we couldn't get through all (or any) of it without some drinking.

So, how in the world am I, or any of you, supposed to keep up with it all?

Can we have a Pinterest-worthy tree with equally stunning presents wrapped beneath it AND have a clean home and happy children?

Can our children eat candy canes or a gingerbread man cookies and not crunch them into a million pieces that will get smushed into the living room rug?

Listen, it's only December 4th, and I've already forgotten to call the plumber four days in a row (and really for the past four weeks).

My minivan was due for an oil change back in mid-November, but have I taken it in, of course not. As a reminder to me to do so, the car wouldn't start the other day, but the wipers did, and then they wouldn't stop.

The baseboards, the toilets, the bedsheets, they all need cleaning.

Speaking of cleaning, my teeth need one.

Oh, yeah, and my job, the one that I love, but doesn't make me enough money, it's practically impossible to find time for it unless I ignore all the other aforementioned shiitake.

So do you see what I mean about this being a season of half-assing?

Even my flirting is half-assed, but as you might expect, my husband is grateful for any arse at all.

The thing about half-assing all your to-dos, wanna-dos, and must-dos from now until the new year is that no matter how hard or little you try, you'll never be able to half-ass your parenting.

You see, the reason everything else is only getting your partial or leftover attention is that your kids are getting the majority and rightfully so. And, whether you are consciously stepping back from all that other crap on your plate or doing it unintentionally, it doesn't matter.

It doesn't matter if you half-ass your job for the next few weeks 'cause get this -- so is everyone else.

It doesn't matter if you half-ass your hour at the gym -- at least you're still getting up and getting there.

It doesn't matter if the laundry takes a week to get done.

It doesn't matter if the house looks like holiday bomb went off and no one cleaned up the remnants of the disaster.

In the big scheme of things, none of that matters; it's all nonsense.

So go ahead and half-ass your way through the next four weeks because no matter how much energy you feel that you can or cannot give this holiday season, to people around you or the things you are expected to tend to, your heart and head just won't let you neglect those that matter most -- the kids.

And, indeed, the funny and sweet thing about our children is that they don't give a hoot about the allotted, time-stamped quantity of love mama is giving them, they relish in the quality; and you, my mama friend and I, we are high-quality, even during our season of half-assing.

Don't believe me? Just ask your kids or merely judge by the size of their end-of-the-day smiles.

"You Do What You Have To" (A Christmas Letter From This Burnt-Out Mom to Her Single Mother of 6)
​ If you feel like a Taskmaster, raise your hand.
Make this Christmas a Magical One for Your Kids
advertisement

"You Do What You Have To" (A Christmas Letter From This Burnt-Out Mom to Her Single Mother of 6)
​ If you feel like a Taskmaster, raise your hand.
Make this Christmas a Magical One for Your Kids