Tired of Picking Up After Your Kids? The One Word You Need to Know.

You are contemplating Marie Kondo's best selling book, The Life-Changing Magic of Tidying Up: the Japanese Art of Decluttering and Organizing, because it promises to change your life. 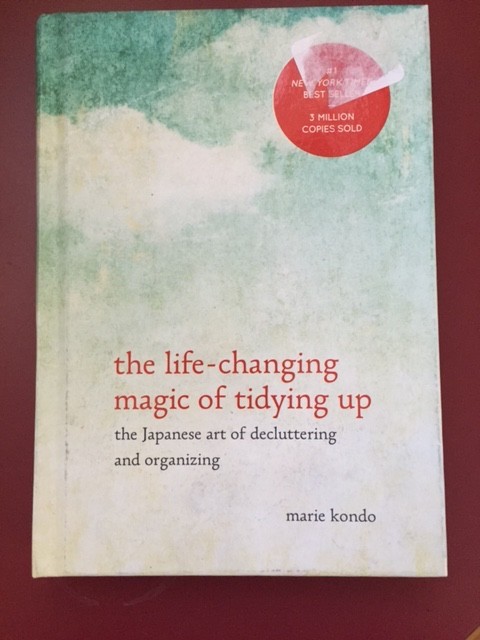 But you are crazy busy and also you may have misplaced the copy that called to you from the bargain book aisle at Costco. (Pro tip: Good chance it's shoved behind a mega box of goldfish. Bonus: you may also find the hiding spot for the fruit your kid's not eating at lunch.)

Don't worry about the book. I read it. And while The Life-Changing Magic of Tidying Up: the Japanese Art of Decluttering and Organizing c ontains many words (including fourteen in the title alone), there's really only one you need to create tidying up magic.

But first, let us set the stage with a scene that may sound all too familiar. A parent sits and carefully picks up the many pieces of an abandoned Monopoly game. Fifties are placed neatly in one pile, hundreds in another. Little plastic pieces nestle with their similarly sized little pieces in little plastic containers. Just like so: 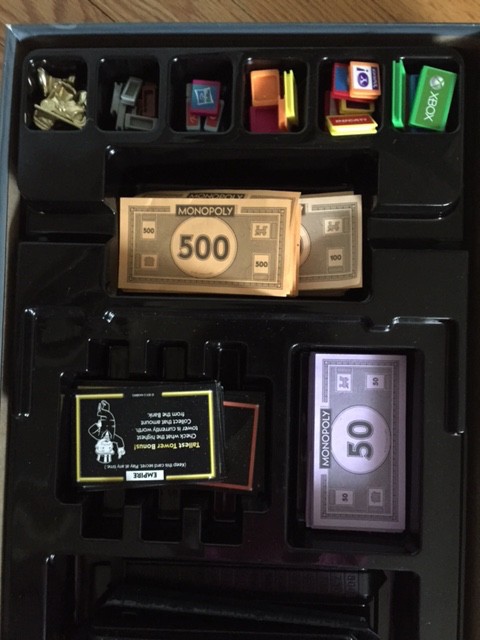 In her life-changing book, Ms. Kondo compares tidying to the joy some get from mediating in a deserted waterfall. While most of us have not yet reached that level of mindfulness, there is a certain pleasure in seeing the board game neatly put away.

How is the tidy parent to feel? You know how it feels to meditate in a deserted waterfall? Me neither. But I'm pretty sure what we feel is the exact opposite. It's more like this. 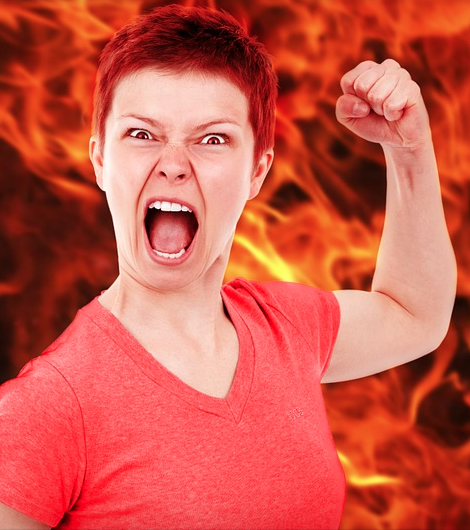 So here are our choices: an endless loop of tidying up and making everything just so, only to be thwarted again and again. Or we can choose a new path, one inspired by a magical word from that book on decluttering. And no, it doesn't involve asking the kids to take the game in their hands and contemplate whether it sparks joy. They already think we're crazy enough.

I give you the three step path.

Yep, waterfall. Think about it, how much you love a shower-- the warm water, the peace, the privacy, having no one in your space... it's like heaven.

For Kondo, tidying is the equivalent to meditating in a waterfall. For us parents, it needs a tweak: we mediate in our imaginary waterfalls while someone else tidies.

Let's try it. Close your eyes and picture the scene: dramatic cliffs, brilliant skies, a cascade of water as warm and tranquil as that outdoor shower you stood under for a half hour at your bestie's destination wedding ten years ago (yes, you still remember).

And as the kids grab handfuls of money and cards and game pieces and shove them in the box, you will take deep, calming breaths and feel the imaginary water run over your long glossy hair and you will use all your mediative powers to say... nothing. You will let the children clean up their way, because after all they have stuff to get to. And as long as the top fits on the box and Monopoly can join its stack of board game friends, they are done.

It will look the exact opposite of what you would have done. 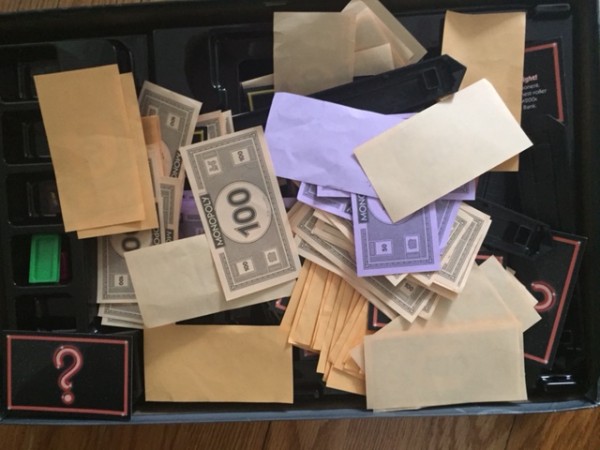 Here's the old school version if you prefer that one. 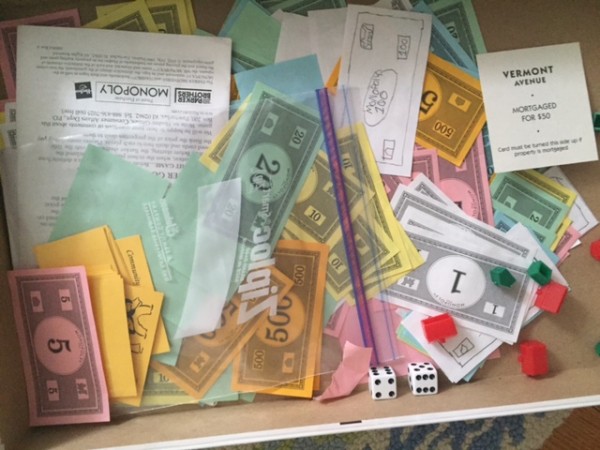 But you will not care. Because this is you. 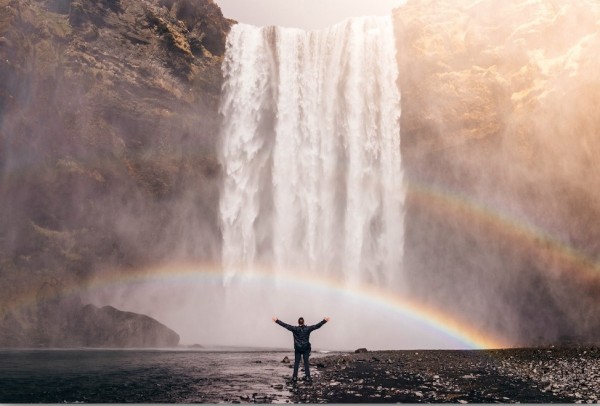 And you will realize at the end of it, that it wasn't that bad. The job was done by the people who needed to do it. And you can go back to your novel or work or tidying up your own stuff. Or maybe you'll stay under that imaginary waterfall with the imaginary rainbow for a few more minutes, understanding that surest way to spark joy and tidiness in a family is to get people to clean up their own messes. In their own way.

Done? Go hang out in your favorite spot. You earned it. 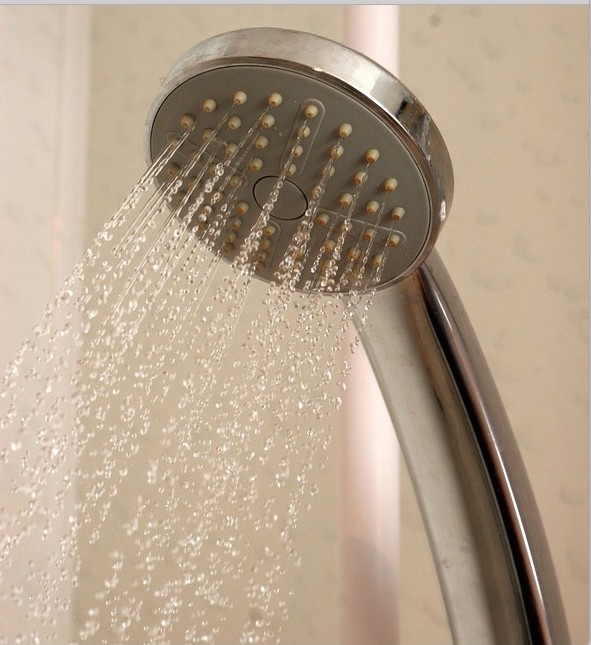 Interested in more humor and hope to get you through the harried stuff? Subscribe to my blog here. I'll keep 'em short; know you're busy!

A mother of two, Kristin's work has appeared in The New York Times, The Washington Post, Scary Mommy, In the Powder Room and her blog: dreadfullybusy.com. Find her @dreadfullybusy or on Facebook at Kristin O'Keefe, Writer.

To Be PRESENT
Move over Marie Kondo. This is sparking joy with 'Eeny, Meeny, Miny, Moe.'
3 Simple Tips for Identifying What to Keep or Purge Based On the KonMari Method
advertisement

To Be PRESENT
Move over Marie Kondo. This is sparking joy with 'Eeny, Meeny, Miny, Moe.'
3 Simple Tips for Identifying What to Keep or Purge Based On the KonMari Method