Published by Lori McErlean on November 15, 2017

Once upon a time there was a Mama Bear, Papa Bear, Sister Bear, Brother Bear and finally there was a Tiny Bear who was so excited to meet everyone he arrived 13 weeks before he was supposed to. He was so little that he was still wrapped in the original paper when he arrived.

This was the beginning of the story I would tell my sweet, baby Gabriel every morning I arrived to see him for all 94 days he was in the NICU. Gabriel was born on June 16, 2014. He was just 2 lbs 03 oz or 980 grams. My ability to convert ounces to grams became just one of the thousand things I learned in those weeks in the NICU. It is unbelievable what you can absorb from listening to interns, doctors and nurses talk around you.

Gabriel was born at 26.6 weeks because some type of still unidentified infection. On his arrival, he was so little that he did not even break through his sac and was born en caul. The doctor called everyone over to look at him before he freed him from what my mom said look like a baby in a plastic bag. Meanwhile, I just needed to hear him cry. They took over to warmer and started to work on him and I could hear his little whimper. Not loud, but enough to know he would fight. Tammy, the nurse practioner who I would come to cherish, placed him in my arms for about a minute and then whisked him away in a blur of machines and blue scrubs. It would be almost two weeks before I held him again.

When I was finished in the delivery room, they wheeled me into the NICU nursery. There was my tiny, red, alien looking baby in the middle of cold, metal, sterile machines. We could hardly see his face because of all the equipment on him. They gave us a brief tour and then told me I could call and check in when ever. I could come visit when I needed to. Then, I was taken to my room. Alone.

At this point, everyone had left. My husband went home to our other children, my mom left to get much needed sleep, and I was alone in my hospital room on the maternity floor in the middle of the night, with no baby in the space next to me. I had only the cold, industrial sized milking machine that I would be hooked up to for the next year of my life, to keep me company.

This was the point I realized what was ahead of me was going to be hard in way that nothing in my life had been. Not impossible, just hard. I was sad for me, for my baby, for my family, but at the same time so very grateful for the moments I had with sweet baby Gabriel. I knew the stories. I knew things could be worse, but in this moment, I was angry. Angry at myself. Angry at a higher power. Angry at the doctors who took him. Angry at the women next door who had a crying baby beside her. Angry at my husband for going home. Angry at my leaking breasts. Angry at myself. Then I was sad. So sad. Then drained, then angry again. This was just the first night in the hospital. There were many more like these to come. But by far the first was the hardest.

This is the thing I want moms of preemies to know. It is hard. It is emotionally draining. It is lonely and sad and happy and disappointing. It is miracles and milestones measured in grams and clear x-rays. Learning the rhythms of every baby’s machine provided a strange comfort to me. But there is someone out there who has been there before. A mutual friend convinced me to reach out to a woman who had 26 week twins a year before Gabriel. It was so nice to be able to talk to someone who understood what it met to have a little tiny baby bear. She understood my fears and frustrations. She talked me down and pepped me up. It was very help. Reach out ladies.

Our stay in the NICU was long and I learned what special people the NICU staff was at Chester Crozier Hospital. I got to know many of them well. They were kind and patient with my family and me. They went out of their way to make us as comfortable as possible. I remember when they moved Gabriel to the window position so my other children could see him finally. They let me cry, but not too much. I watched them love on my baby and all the other little babies in the unit the entire time I was there. How they could deal with the emotions that come with a job in the NICU amazes me. I am forever grateful for everything they to ease a very difficult time for my family.

Three years later, countless doctors appointment, lots of hours with all types of therapist, many hours of lost sleep, Gabriel is healthy and strong. All of those days in the NICU are becoming a blur for me, but I remember in the middle of them, it seemed like the longest part of life that would never be over. But it is and my family became stronger because of this experience.

Now the story Gabriel hears when I still rock him to sleep after three year end like this: Finally, after a long time in a special hospital for tiny baby bears, our own Tiny Baby Bear came home. Sister Bear and Brother Bear held him for the first time. They did not even fight for almost a week. Mama and Papa Bear did not sleep well for at least a year. And that Tiny Bear ruled the house. He was and still is the center of our love. Our Tiny Baby Bear is you. Now you are perfect and we are blessed. 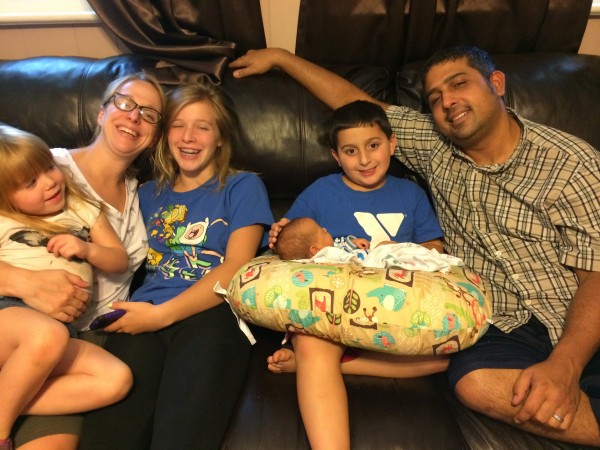 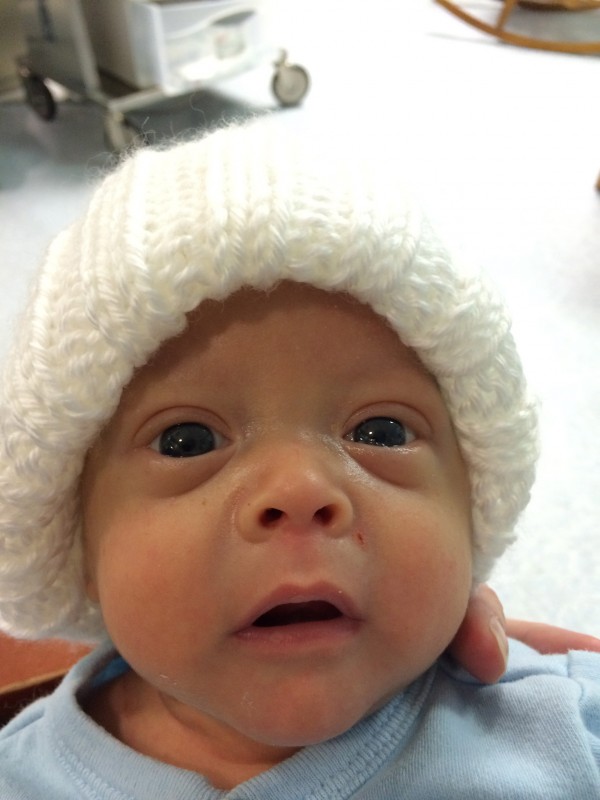 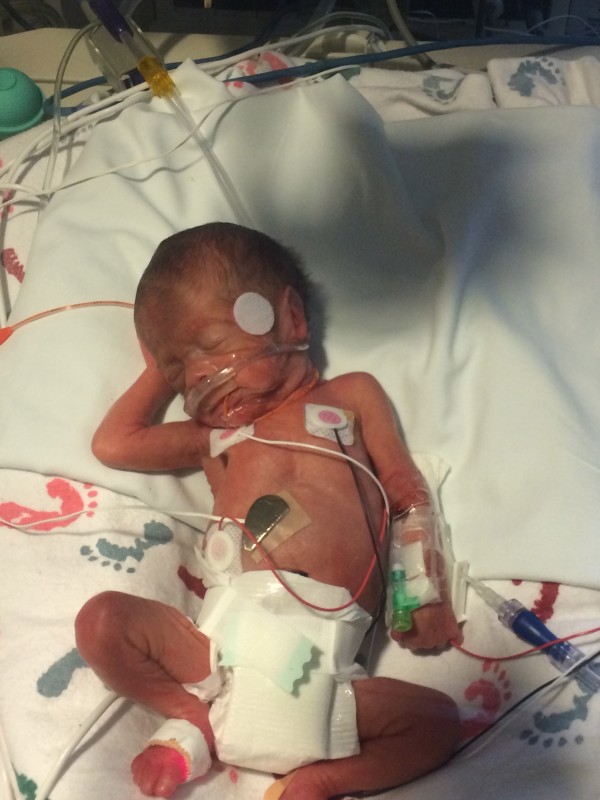 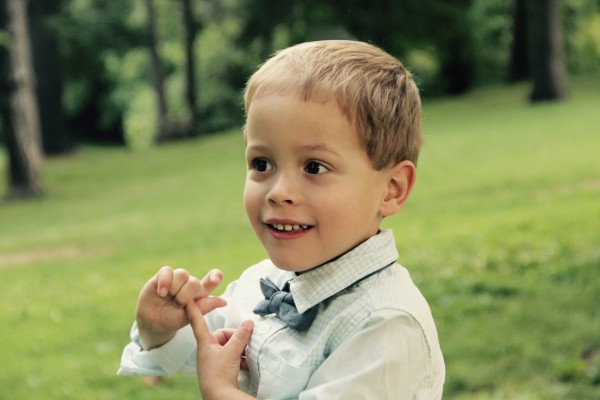 Bear Strength
Our Miracle
The unknown