Throwing Rocks: Each child is born into a different family, with parents in a unique stage of parenting development 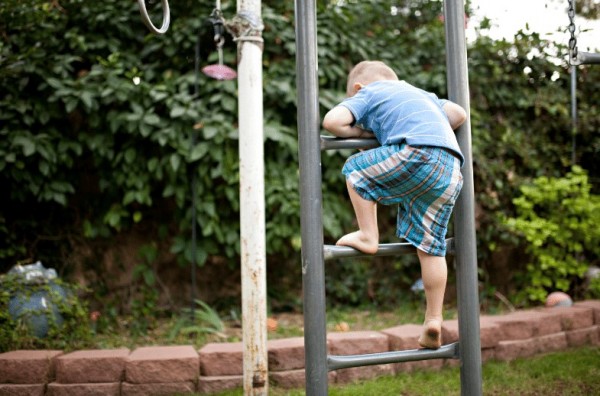 My friend has three sons, ages 5 to 11 years old. A few weeks ago, she wrote to tell me about her afternoon adventure. She was inside her house and the boys were playing in the front yard. One of the older boys came to get his mom from the kitchen, telling her there was a lady on the porch that wanted to talk to her.

The lady had been driving down the street, and she stopped her car to tell my friend that her youngest son was throwing rocks at passing cars, including hers. Of course, my friend apologized profusely to the woman — horrified, embarrassed and shamed — and called her kids into the house to talk to them.

After a firm discussion with her son, who at 5 years old didn’t once think about ramifications of throwing rocks at cars, she began her self-flagellation as all of us parents do. When a child or adolescent does something that is undesirable, or dangerous, or just plain stupid, of course we look at ourselves first and wonder how we failed the child.

But it turns out that a 5-year-old has ideas that a parent would never think to pre-instruct against. “You should never ever throw rocks at a moving car. Or any car. Or anyone.”

For all you parents of younger children, go ahead and add that directive to your list. If I listed all the instructions I wish I would’ve told my children before they screwed up, the list would be a mile long.

Comparing this adorable, spirited child to her older ones, my friend said the brothers “never would’ve done this.” And they wouldn’t have.

I will not forget the day I opened the back door for my own third child, 18 months old, to go play in the backyard, clad only in his diaper. I didn’t realize the driveway gate was open until I saw him running barefoot into the street, laughing with ecstasy at his freedom. I would never have failed to check the gate with my older children. They never would’ve made it across the street. Not because they wouldn’t have tried, but because I would’ve been there to stop them.

The studies on birth order are fascinating, and many aspects of birth order theories pan out over and over again. The first child is born into an adult world. Adults pass the precious infant around the quiet room, the lighting just right in the beautiful, coordinated nursery. Mozart plays in the background. Every single thing the infant and then toddler does is applauded. The child learns that when they master a task, the adults are pleased.

The second child is born into a world in which the adults love him no less, but the attention is shared from the moment of birth. The seasoned parents worry how the first child is going to handle being dethroned, even as they welcome a new baby. The second child generally wants to please as well, but he also wants to please his big sister or brother.

And then here comes a third child, born into general chaos. She imagines herself as old as the older kids but has an age-appropriate developmental stage. If your family is like every other family with younger children, this subsequent child is born into a house in which, not only does he not have a coordinated nursery, but there are toddlers tantruming and young children singing and kids jumping on the couch. She is born into a party. She has a stained carseat and mismatched crib sheets and is no worse the wear for it.

Remember that every child is born into a different family, even if he’s born into the same family.

So my friend’s older two would have absolutely thrown rocks at cars as they passed, if they’d had a chance. But they didn’t, because my friend would’ve been there to instruct them. “It’s not safe to throw rocks. You could really hurt someone. Would you like to throw this ball instead?”

I’ve been practicing pediatrics for long enough to have the privilege to watch families grow and change over 16 years. Every family transforms as they go through the years. Both good times and hard times change our families, our children, and us as parents.

I am not the same person I was at 30, when I had my first child, and neither is my kids’ father. We felt so “adult” at the time, but looking back at photos now, we looked so young. Our parenting situation is fluid just like the kids’ worlds are fluid. And that is OK.

It’s easy to compare our children, especially when less desirable things happen. But, as I’ve realized and my friend realized, each child is born into a different family. I am a much different parent in 2021 as compared to the parent I was in 2011. Allowing your parenting to grow with your children is part of the journey.

Relationships Matter – A Parent’s Perspective
Transformation: lessons from the monarch butterfly cycle provide insight into our children’s periods...
It's Funny Being a Parent by Michelle Staubach Grimes (author of Where is Pidge?)
advertisement

Relationships Matter – A Parent’s Perspective
Transformation: lessons from the monarch butterfly cycle provide insight into our children’s periods...
It's Funny Being a Parent by Michelle Staubach Grimes (author of Where is Pidge?)