Published by Danielle Sherman-Lazar on June 28, 2019 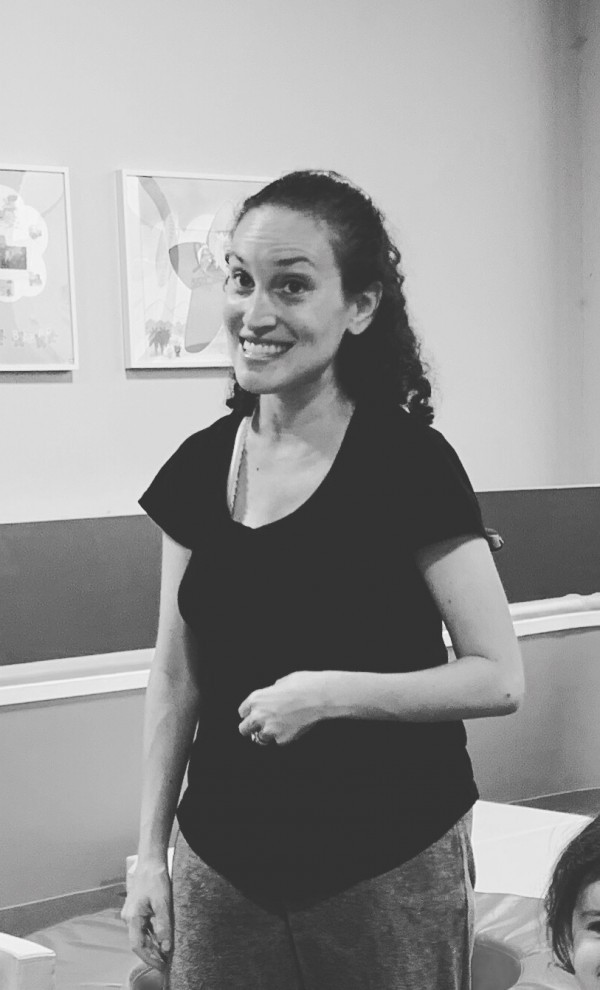 This woman that I’m acquaintances with husband was helping us fix the air in our daughter’s room while I was tending the circus that is my three under four in the kitchen. And gosh, after a whole day of camp, followed by a play space, my eldest was a cranky little ringmaster. I was actually embarrassed thinking, my gosh with all the screaming my monkeys are doing while I was trying to make dinner (heat up bagels and spread peanut butter and jelly on them--I wasn’t going for a Michelin star either) he’s going to think I’m the worst mom. Well, later that day, I got a funny text from his wife.

My husband told me that you were feeding the baby, and your two others were sitting so nicely eating. You are making me look bad. I can’t even get my two to do that.

I had a good laugh because HA. Was her husband sure he was at my house? Because oh no, that was not what was going on.

Because at that moment, my three-year-old was on YouTube, and my middle was just getting over the loud sighs and whimpers of a tantrum.

Because I had to give my middle child a cookie so she’d stop crying before dinner so I could feed the starving baby.

Because the television was blasting in the background and we had crap for dinner.

That’s the funny thing about perception vs. reality. How we perceive a situation may be entirely different from how another person does. Reality changes from person to person even though it is a fixed variable. I saw a mess, but this guy, he saw everything was in control, and everyone was eating and behaving nicely. Just because it wasn't a Brady Bunch episode, doesn't mean I was a failure.

Also, A snapshot isn't reality. If this woman really knew how it was, she'd laugh.

Perfection doesn’t exist in motherhood and in life.

This is why we have to quit being so hard on ourselves. The reality is that each of our bests is fine.

How I Fell In Love With My Husband Again...Over Ketchup
Five Myths About Pregnancy With Kids Already In The Picture From A Seasoned Pregnant Mom
9 Pieces of Marriage Advice (you've probably never heard)
advertisement

How I Fell In Love With My Husband Again...Over Ketchup
Five Myths About Pregnancy With Kids Already In The Picture From A Seasoned Pregnant Mom
9 Pieces of Marriage Advice (you've probably never heard)