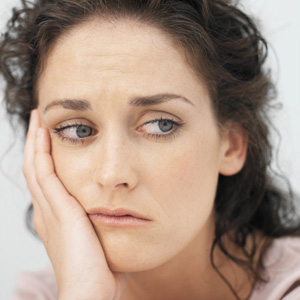 No exaggeration here. You haven’t heard from me much this past week because yes, I was put in jail…Facebook jail. It is a real thing, and it was pretty much every bit of horrible as I could have expected. And, I never expected it. I didn’t even realize that it existed, but I sure do now. Thankfully, I wasn’t blocked from posting on my personal or business page, but I was blocked from interacting in any of my groups. And groups, well I am in a ton of them, for support and for sharing…so this straight up sucked.

What did I do that was so formidable? What type of bad behavior did I engage in that Mr. Zuckerberg and his algorithm thought was so horrendous? Well, here is what I did…apparently, I posted one of my articles in too many groups, too fast. The audacity of me! Can you believe that? Yep, that was my crime. I blame it on being somewhat newer to the world of blogging and not being completely apprised of all social media etiquette; but, a week-long restriction — I think this was slightly an extreme sentence.

Then again, there is etiquette. There is also an expectation to follow that etiquette and rules to enforce that etiquette, all of which are in place for a reason. However, I just don’t believe that I am the reason the rules are in place. Still, I should have researched the rules and followed them. Anyone that knows me knows that I am an extreme rule follower, and so for me this has been hard to swallow and somewhat like torture. For a week, I have felt like a chastised teen who has been grounded by my parents.

Ugh! Right? How embarrassing to even admit that a week away from Facebook had me going mad. But it did. What does that say about me? I don’t even want to know. I guess I can blame it on my love affair with Facebook.

But guess what?! After the first few days, there was actually a small sense of relief. I felt slightly less stressed and slightly more, shall I say, free? Yep. I was glued to my phone less, and you know who reaped the benefit of that — my children — and with my children happier, so was I.

Unfortunately for them, my jail sentence ended this morning and I am now free to obsess over Facebook again. However, my stint in the slammer did teach me a few things.

Here’s what I learned:

*If you are going to use a social media platform for support, to market yourself and/or share your content, make sure you do it in accordance with rules. Don’t know the rules? Seek them out, read them, and be sure to understand them.

*Don’t be embarrassed by your mistakes, and surely don’t let a mistake discourage you or stop you from proactively pursuing your dreams. Those that are successful didn’t get there from cowering in the corner, worrying about the possibility that they might mess up, or wallowing over the fact that they did.

*Sometimes, a situation you momentarily perceive as negative can really be a positive, if you choose to reap the benefits that can be found in between the lines.

* A brief restriction from something that you enjoy and that has been fruitful for you, really forces you to look to other avenues for satisfaction and success.

Thankfully I was released this morning after serving out my sentence and abiding by the rules of my restriction. And I can whole-heartedly say that I am a more knowledgeable blogger now because of it, and I intend to be a more present mommy as well.

But, please, please, I beg of you Facebook…please don’t put me back in jail…ever again. I don’t know that I could make it through a second time.

If You’ve Ever Done This, You Might Be A Cyberbully
3 Reasons I Love Facebook’s Messenger Kids App Even Though Child Advocates Say I Shouldn’t
Enroll Your Child Today For The Princess Charm School Class Of 2018
advertisement

If You’ve Ever Done This, You Might Be A Cyberbully
3 Reasons I Love Facebook’s Messenger Kids App Even Though Child Advocates Say I Shouldn’t
Enroll Your Child Today For The Princess Charm School Class Of 2018