This is What is Wrong With Mothers Today

Published by Rhiannon Giles on January 3, 2017 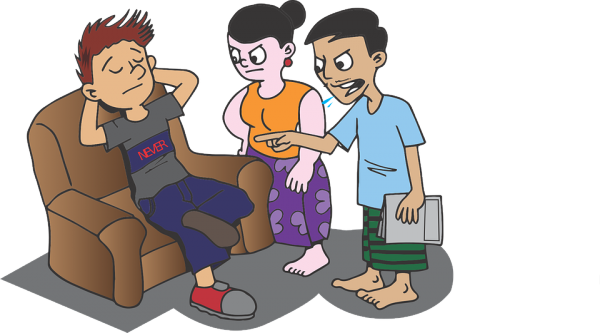 The more honest I get about motherhood, the more people are willing to help me out by letting me know exactly what we, as mothers, are doing wrong. Since I spend a lot of time being honest, I’ve gathered quite a bit of info on the subject.

I’ve learned that most mothers are really pretty lazy, so I’m going to go ahead and lay that knowledge on you; that way you won’t have to spend your precious Facebook time worrying about the many ways in which you are failing not just your own children, but society as a whole.

This is what is wrong with mothers today, according to the internet

Helicopter parents spend way too much time hovering over their children. Kids need to learn to entertain themselves and not rely on adults for every little thing. Lord of the Flies had it right.

We spend way too much time on our phones and not nearly enough time hovering over our children.

Our children should be outside more, roaming free like we did. Unless something bad happens, then it is our fault for not watching them more closely.

Mothers go back to work, instead of staying home with their children. This leads to delinquents and premarital sex.

Staying home with your kids leads to maladjusted, antisocial children who rely on their mothers for everything and are probably still breastfeeding and co-sleeping in college.

Back in their day, people did not just whip their boobs out in public. Also, formula is making children stupid. You should probably sequester yourself in your house for the good of the country and breastfeed for a very specific length of time.

No, that’s too long.

The decline of spanking is the real issue, here. Children need to know who is boss. Parents have become too permissive.

Parents today expect perfection and are too hard on their kids when they make mistakes.

Look at that mom on her phone! Social media is what is wrong with mothers today.

Mothers are too isolated. If only there was a way they could find a connection at 3am when the baby won’t stop crying.

Maybe the only thing wrong with mothers today is that people will not stop trying to shove each of us into a one-size-fits-all box of wrongness.

The only thing wrong with mothers today is not that we are failing harder, it’s that our shortcomings are more readily seen and critiqued. It’s easier than ever to point out the differences between the parenting of one generation and the next and blame those shifts for every ill.

Much like our parents thought little of chain smoking in the car, there are certainly societal norms that are less than healthy, some of which we will not understand until much later.

There is no way to be a perfect parent -- all we can do is try to be the best we can with the knowledge we have, even when we have too much knowledge and it’s difficult to know who to listen to.

I have a tip. It’s rarely the person who starts a sentence with, “That’s what’s wrong with mothers today….”

Our parents had to rely on idle gossip to publicly point out their failures at the PTA meeting. Unfortunately, we have internet to point out our failures to the entire world.

Thankfully, we also have the internet to build us back up again. 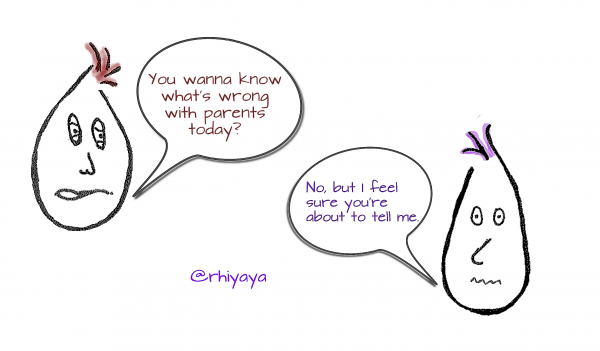 TRAMPOLINE PARENTING: EQUIPPING OUR CHILDREN WITH GRIT TO BOUNCE BACK FROM ADVERSITY
Raising a Gen Zer? Here Are 4 Things You Need to Know
To The Moms "Oversharing" on Social Media
advertisement

TRAMPOLINE PARENTING: EQUIPPING OUR CHILDREN WITH GRIT TO BOUNCE BACK FROM ADVERSITY
Raising a Gen Zer? Here Are 4 Things You Need to Know
To The Moms "Oversharing" on Social Media