This is our (unique) family 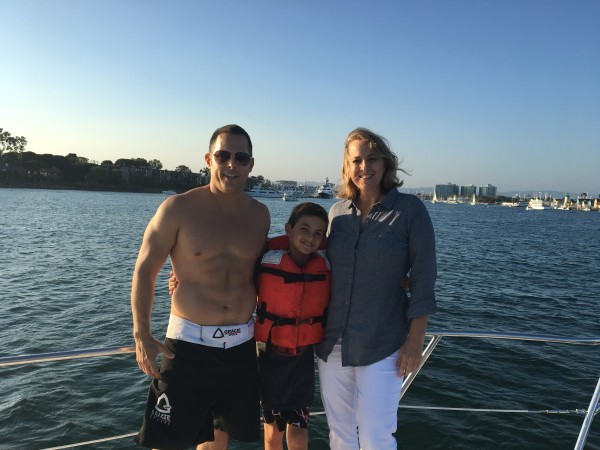 In my own case, there was a time when I thought I would never be a mother. I married my high school sweetheart in my late 20s, but we divorced, without children, about two years after our wedding. I left the relationship, because I felt I needed to, “find myself,” since I met my ex-husband at the age of 15, and I had never had a chance to explore life on my own.

I moved by myself 3000 miles away, to Los Angeles. I found myself a job, set up my own home, made new friends, and made a good life for myself. Despite a few bumps in the road, I was happy with my life, except for the one thing that was still missing. I wanted more than anything to have a family of my own.

I had a couple serious relationships, but I had not found a mate to merry, and I felt my time was running out to have a baby. I decided not to wait any longer and to go it on my own. Along came a man who wanted to help me have a baby, and he was agreeable that I would raise the child on my own, with him involved, like a favorite uncle.

We proceeded to try to conceive, but it took a year and half before I had a successful pregnancy. When I finally got pregnant and the baby, “S,” was born, the father and I realized we had very different ideas about our parenting arrangement. To say the next couple of years were stressful and contentious is an epic understatement.

The one thing we both had in common was our love of S, and eventually we worked things out. To outsiders our non-traditional arrangement may have been baffling, but it worked for us. Little by little we settled into a team, whereby S’s father was integrated into our lives. He picked up S twice a week from school, he came to family celebrations, school concerts, soccer games, and Cub Scout meetings, even came to Disneyland with us. For the love of S, we put our differences aside.

Our arrangement recently changed when last year I moved with S back to my hometown in Virginia. S now lives in a beautiful home in an idyllic small town in the countryside, where he can run out and play, without scheduling a playdate. I am delighted that he is experiencing the kind of freedom and innocence that I had as a child growing up in the 70s.

S’s father visits frequently, and on school breaks we fly to LA to see him, and in between there are plenty of video chats. In Virginia, S has developed a close relationship with his grandmother, my mother, who previously he had only seen a couple times a year.

While our daily lives have changed, the constant in S’s life is that he is surrounded by love and support, and he knows he always has his family to count on. Our family does not look like most families, but it works for us. As our favorite show matter-of-factly opines, with nonchalance, and pride, this is us.

I own 2 preschools now!
How My Bipolar Parent Helped My Family's Health
Because Dads Feel It Too
advertisement

I own 2 preschools now!
How My Bipolar Parent Helped My Family's Health
Because Dads Feel It Too