This is a story I'm ashamed to tell 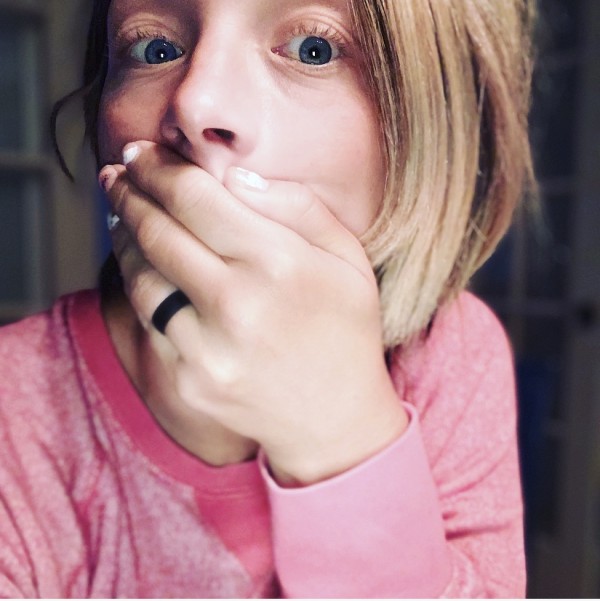 This is a story I'm ashamed to tell.

It's the story of a mother who yells more than she should.

A mother who, no doubt, feels all the feels, and who, when inside of her own home, is practically incapable of staying in control of her vocal volume when she is displeased.

But, when misbehavior is running rampant amongst her trio of tykes, with no end to it in sight, it drives her

A wall that she warned the kids they were taking her towards.

A wall she wishes she could crawl inside and hide for a bit.

A wall she's distractedly walked into before while trying to tend to too many things and people at once.

A wall she may or may not have contemplated banging her head into after she sent the kids to an ineffective time-out for the umpteenth time that day.

And when she hits that wall, it takes her a good minute, hour, or half a day to recover, along with some self-talk and prayer.

Because after the yelling, comes the guilt.

An apology typically follows, too, except for when it can't, like if the kids have already gone to bed.

Still, that guilt, it's a beast.

There's shame in my truth.

The truth that I'm a yeller

but a yeller nonetheless.

Yet, there's beauty in this honesty as it serves a purpose.

Because maybe you yell too.

And, if yelling is not your thing (go you!) then perhaps you

That might be a story you're ashamed to tell, but I challenge you to share it with anyone --

or a real-life or virtual friend.

We're a bunch of imperfect humans trying our damndest to raise as close to perfect humans as we can, while also wanting those young people to know that it's okay to make mistakes and to fail -- once, twice, or many times over.

Here's the takeaway, and by that, I don't mean stellar advice or any sort of new wisdom, I just mean here's what I'm saying to myself about the stories I'm ashamed to tell:

That by acknowledging my flaws and weaknesses, they are no longer such.

Upon speaking of them, they immediately lose their power and the control they have over me.

The me yelling story, it's one I'm ashamed to tell.

The me working on myself and telling you all so that I stay accountable story, it's one I'm proud of.

"Sometimes it's only madness that makes us what we are." - Batman
Sometimes my anxiety eats me alive...until I bite back
Something is going to happen to your daughter
advertisement

"Sometimes it's only madness that makes us what we are." - Batman
Sometimes my anxiety eats me alive...until I bite back
Something is going to happen to your daughter