Things our dog has taught our 1-year-old son

We've bought a dope pup recently... What's next? Well, my son is not a Mowgli, but the dog helps him out with something. I see how that affects Nick's development... And it's just great!

I really like to see Nick sharing food with the dog. Whatever he eats - a bun, cheese, carrot... Sooner or later, the moment comes when he looks at Ace, gets near him and throws food at his feet. Sometimes he stretches out his hand, and if Ace takes it, he starts to squee.

Nick would steal cookies from where Ace can't get and give it to him while eating the other one herself. I'm waiting for the dog to start doing the same... 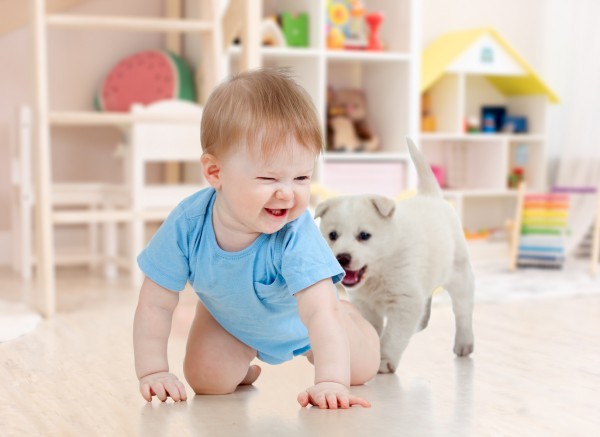 However, Nick does not always share. He can be tricky. Sometimes he comes over, lets the dog smell the food, hides it and runs away. The dog gaily rushes after him, but Nick protects his precious to the end. Sometimes he gives up. I don't think it's right to tease a dog, of course, so I don't get involved when Ace pokes him with his nose and pushes gently... Because, you know what they say... you're in for a penny, in for a pound.

Nick gladly grants the "Give it to Ace" request - a toy, a sandwich, a ball, etc. He even tries to throw the latter sometimes, as his daddy does, but the dog is not really interested - the flight range leaves much to be desired, you know...

And my favorite thing - the mischief. Nick's still feared of Ace, but sometimes, if he really wants to, he will approach him, get that toy out of his paws or mouth, and leave at a "safe" distance.

It is useful for a dog because it needs to know that the owner can take anything away from it at any time and give it away resignedly. These are the basics of obedience for all dog breeds. If it starts growling or, otherwise, resists, then that's it - you have no authority.

The boy fights with fear - if he needs something, he overcomes himself and, in my opinion, that means a lot because, in the future, he will have to cope with the fear for his desires so many times...

Sometimes I use my dog for educational purposes. I don't know if Nick gets it now, but if we go for a walk together, I encourage him with telling who behaved better like, "Today Nick behaved really well, amazing even... but Ace had... issues... He's a mediocre good boi today." Or vice versa.

Nick is already slowly getting used to the fact that a dog needs to be walked. He sits quietly in a carriage and just watches the dog walk. Later, I am going to teach him to hold the leash tight, and Ace - to walk strictly nearby. However, those are far-reaching plans.

That's the story of our everyday life. Sign up or give a like if you like - it's a great way to cheer up and inspire to write more. 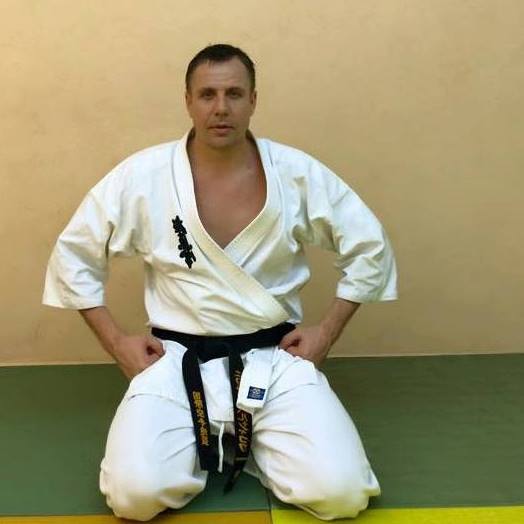 Jack is a home & personal security adviser, gun enthusiast, father of two children, and a former military. He spends his free time by writing articles for popular resources, such as Dailycaller.com, Ammoland.com, Goodmenproject.com, etc. Jack and his wife, Jessica, together write their own blog.

10 Essential Things You Should Do To Be The Best Dog Parent
I was a Dog Mom First (And yes, that counts)
Whose Emotions Are Loudest? Remember that anxiety is contagious when you’re helping your child throu...
advertisement

10 Essential Things You Should Do To Be The Best Dog Parent
I was a Dog Mom First (And yes, that counts)
Whose Emotions Are Loudest? Remember that anxiety is contagious when you’re helping your child throu...