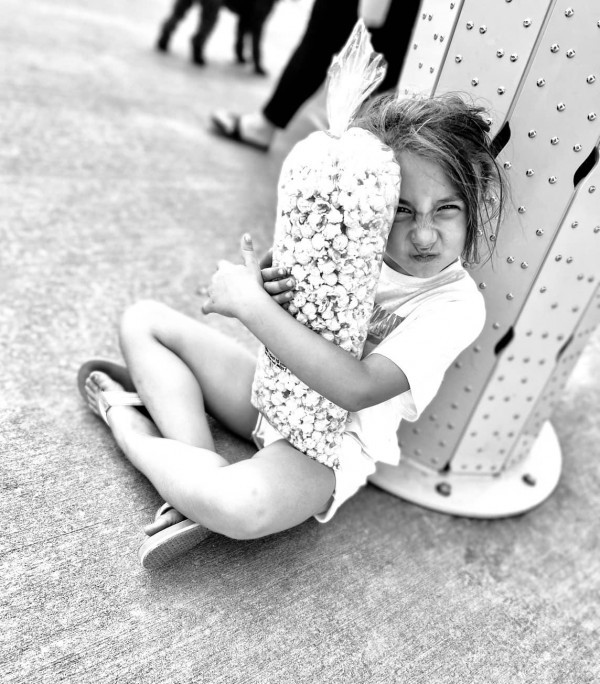 "My child will never [insert whatever you're fooling yourself about here],"

and then they do.

"never ever [insert whatever you're fooling yourself about here],"

and then you do.

Because being a kid is just that hard.

Because being a parent is just that hard.

Because it's hard to raise a kid when you, in some ways, still feel like one yourself.

Because it's hard to be a kid, and remember that your parents, those crazy folk, once were too and that they really just might know from experience what they are talking (and talking and talking incessantly) about.

And so our kids keep on never-ing like we swore they never would,

and we keep on doing and saying the things we swore we'd never do and say.

The world goes on.

And it's still better because we're in it.

There's just flawed you and the kid or kids that inherited some of your good-ish and some of your bull-ish and, all things considered, y’all are still pretty damn impressive.

And sometimes all of you just need to be reminded of such.

What It's Like Having Anxiety During a Pandemic
Things you should never say to another mom
Don't you ever get out?
advertisement

What It's Like Having Anxiety During a Pandemic
Things you should never say to another mom
Don't you ever get out?