​There's a fire in her eyes 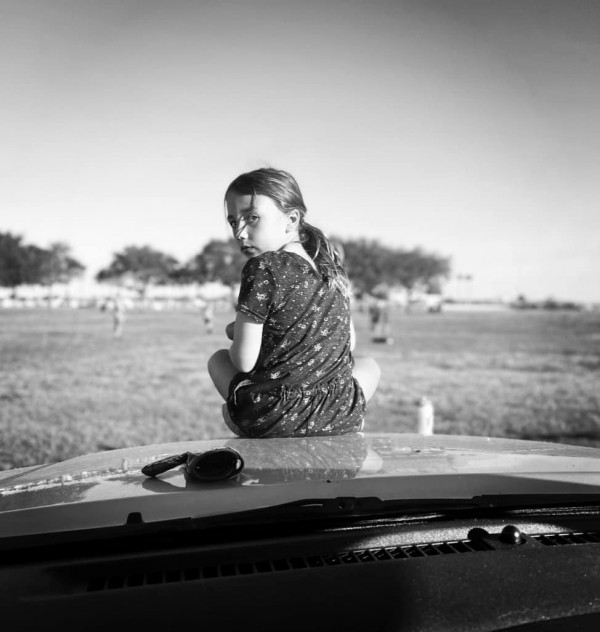 There's a fire in her eyes.

It's the same one that brews in her belly.

She's a bit otherworldly, yet, at the same time, every single goddamn thing this world so desperately needs.

She's headstrong, in a way most of us only daydream about.

She's unrelenting, to the point of merrcccyyy.

She's got opinions, a plethora of them, and she's got the feisty will to defend them.

She fights to be seen.

She fights to be heard.

And sometimes, she just fights because she can.

Because she wants you to know she's strong.

She's intelligent beyond her age.

She's wise beyond her years.

And she's got so many of us thinking that this is more like her third rodeo than her first.

And she's sweet and kind and unexpectedly empathetic.

But there's also this artful angst about her that is both confusing yet endearing.

She's all of that

and it's all of her

— and there's a lot to unpack there —

and it's all wrapped up in a painstakingly adorable (but don't tell her I called her that) pint-sized package.

There's the gift she is, and then there are all the unsuspecting ones she delivers,

I have to tell you,

I thank God I get to be this child's mother.

To my threenager: You do you girl! I’ll just be hiding over here.
I wear this mask
What Pregnancy Loss Teaches Us About Pregnancy
advertisement

To my threenager: You do you girl! I’ll just be hiding over here.
I wear this mask
What Pregnancy Loss Teaches Us About Pregnancy