There Is Enough Room in This World for Everyone's Dreams 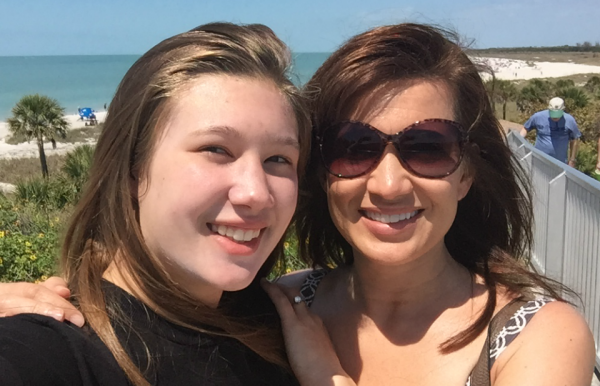 “Today in Geography we were talking about different types of jobs, and apparently there’s one where you can travel all around the world and write about different cultures. That’s what I want to do.”

My 14-year-old’s words gathered into a compact, virtual fist, then thrust themselves directly into my gut.

But that’s what I wanted to do, said a whiny voice in my head.

The voice surprised me with its appearance. It belonged to the fearful little girl inside of me, and she was jealous.

Of my own daughter, no less.

Over the past year, I’d been making a conscious effort to heal her wounds, and I thought we were making great progress.

Yet, here she was.

And she was competing with my daughter because we have similar interests.

Ever since childhood, two of my greatest loves in life have been writing and traveling. In college, I desperately wanted to participate in the Junior Year Abroad program, but I had a major obstacle to overcome: my overprotective parents.

Yes, my parents are the kind who imagine the worst-case scenarios in nearly every situation and, therefore, they limited the things that they allowed me to do. To be fair, I was born with a compliant personality, so I adjusted my dreams to fit within the framework for what they felt was safe.

There were some dangers in exercising such extreme people-pleasing, dangers which I didn’t identify until decades later. As I grew, I began to adopt my parents’ fears as my own (hey, I was compliant, remember?). I also felt powerless to do anything about my situation, and so I gave up my dreams to travel and write.

Now, here I was in the car, doing a quick mental analysis of my youthful decisions while my daughter talked excitedly about her potential future vocation. I didn’t like the queasy feeling in my belly that accompanied the voice of my wounded childhood self but, thankfully, it suddenly stopped speaking.

That’s when I heard the calm, reassuring voice of my sage. As soon as she had become aware of the presence of my petulant inner child’s appearance, she had rushed her off stage as quickly as she could.

Then my sage delivered a calm, rational, inspirational monologue.

There is enough room in this world – in this family – for two writers, for two travelers.

Look at this beautiful, talented creature across from you.

Because you allow her to be that way.

Be grateful for your own upbringing; it was because of your overprotective and fearful childhood that you consciously raised your daughter to embrace her fearless nature, no matter how uncomfortable it makes you feel.

You encouraged her to read.

You encouraged her to speak her mind.

You encouraged her to be herself.

What an honor it is for you to now share a similar passion with your daughter.

When the sage was finished, I mentally applauded her.

Then I took a deep breath.

I began to imagine how fun it would be to read my daughter’s insights about cultures from all over the globe.

And I pictured myself traveling with her to some of those faraway places someday. Maybe we’ll both write about our journeys: two different perspectives about shared experiences.

Because each of us brings our own voice to everything that we create.

Because there is enough.

*This post appeared on Literal Shyft, and currently lives on Christine Sempetrean Smith along with other essays about parenting and life. 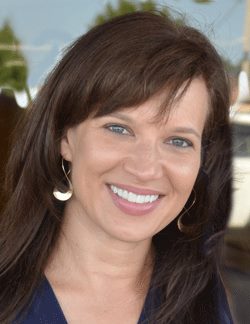 I’m a writer living in southwest Missouri with my husband and three children. I explore the region, discovering people and places that make life interesting. I share my travel experiences on JoplinMOLife, and I muse my way through this amusing life on ChristineSempetrean.

To Love & Protect a Child in a Digital World
Being Afraid, Losing Weight, & Parenting: What I Know After Losing 100 Pounds
Helping our kids grow through the current protests
advertisement

To Love & Protect a Child in a Digital World
Being Afraid, Losing Weight, & Parenting: What I Know After Losing 100 Pounds
Helping our kids grow through the current protests

How to stay safe on Halloween 2020 with doctor-approved ideas