The Writing's On The Wall- Kindness Matters

Published by Stephanie Ortiz on November 4, 2019

The poster featured is a poster that is taped to the wall of one of the bathrooms in my kids' elementary school (were those toilets always so small??).

Today was Parent Teacher Conference Day for my three younger kids, & I came across this gem while making a pit-stop following my conferences.

While I love that the school is promoting such positive messages, this had an even deeper meaning for me today.

With six kids that are all vastly unique, no two teacher conferences are ever the same. There have been those that have contained the highest of glowing praises, & there have also been the ones that have left me brooding in concern... or doubting my own abilities as a mom.

It's easy to feel good about your parenting when your child is "succeeding" academically. When the test scores are high and the grades consistently above par, the conference mood is light & fun.

But when the grades are more erratic, or there's an indication of academic struggle, it's often a more somber mood, at least for the parent.

We worry. We want our child to do well, to measure up to whatever the standard might be.

We wonder if we ourselves are doing enough- should we be helping more? Doing more? Working harder?

In over ten years of teacher conferences, I've had both the highs and the lows. And the outcome has often affected my perspective on the job I assumed I was doing as the mom- no pressure, huh??

But one of my conferences today stood out- for a very different reason.

My fifth grader's teacher reviewed her grades and her performance, & both were solid (especially math, which she DEFINITELY gets from her dad!). But it was something else she said that really brought this poster's message home for me.

Her teacher said that my daughter has been very kind to her classmates; then she looked me in the eye & said, "She is such a good person. She has a kindness that is beyond her years, & has a such a heart for others."

A GOOD PERSON. They were simple words, but they meant so much, & warmed this mama's heart in an indescribable way.

I want my kids to succeed academically. But more importantly, I want them to succeed in being great human beings.

I want them to respect others- to be compassionate. To be patient. To be kind in a world than is often unkind. To notice those who are lonely & need to be noticed.

I choked on my words as I thanked her teacher, because "one kind word" can change someone's entire day, as the poster reminded me.

And I’m an adult. Imagine how much more of an impact a kind word has on the spirit of a young, impressionable child. It’s priceless.

It doesn't take much to lift someone else's spirits. Today, my daughter's teacher lifted mine, reminding me that there is so much more to raising school-aged kids than just their academic performance.

Sometimes we underestimate what a kind word can do for a person. If we're teaching our kids to be generous in sharing kind words with others (both at home and in school), then we're DOING IT RIGHT. 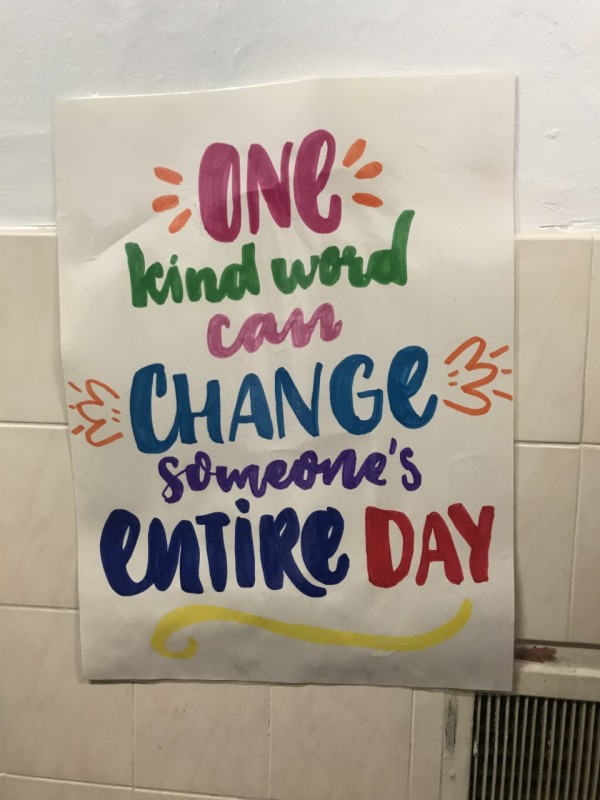 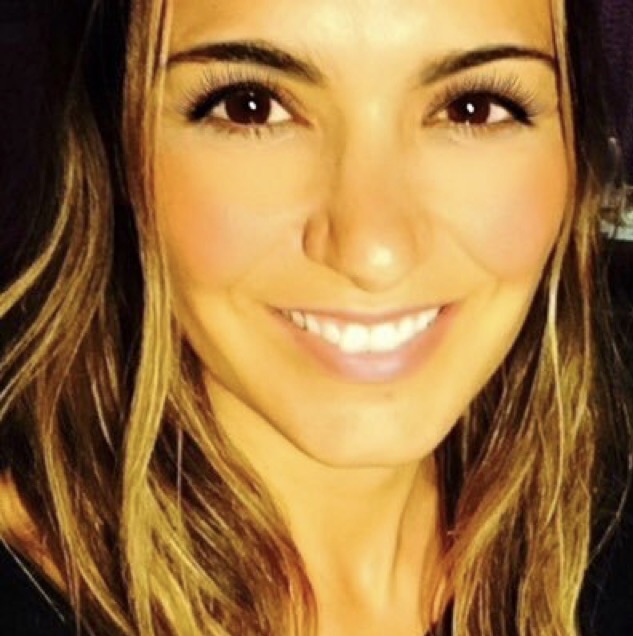 Stephanie Ortiz is a SAHM of 6 who still can't quite figure out how she deviated from her original life plan of traveling the globe as a single, mad professor with too many cats & no kids. She enjoys blogging in her spare time, because it's cheaper than therapy. Her work has appeared in Huffington Post, Scary Mommy, The Daily Mail, Reader's Digest, & The Steve Harvey Show. She may maintain the facade of a mature, suburban housewife, but she's really an overgrown teenager that still enjoys pranking friends & air-guitaring to Nine Inch Nails