The Walking Dad: Attack of the Rhinovirus 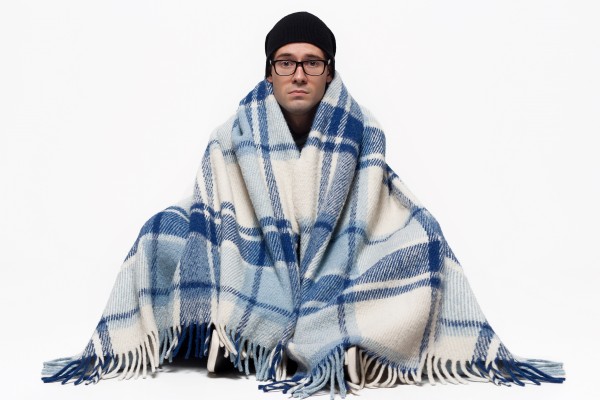 Your husband has a mere headache, but he automatically now believes that he is going to be a chronic sufferer of cluster migraines. Or, maybe he got a small splinter, but he now believes that he is, without probability, going to end up with a staph infection. And, well, that cough of his (cough, cough) is going to have him laid up in bed for the next two days because he is just feeling so terrible. Sound familiar? It is all too familiar to me.

What am I talking about? How men are babies when they get sick. Yes, I said it. I may lose my popularity with the boys club because of this post, but I know I am just saying what all us women are thinking….Men STINK at being sick.

When my husband, Josh, gets sick, I like to call him “The Walking Dad”. Why? Well, because my husband truly looks and acts like a zombie when he is feeling ill — and by ill, I mean he has that horrible thing known as the common cold. Throw in a headache, a body ache or some chills and he just might be convinced that he has the plague.

In total truth, I dread him stating that he is “not feeling well,” because I know all too well that means that he will be laid up in bed or on the coach too tired and ill-feeling to help with the kiddos–but surely well enough to catch up on some favorite shows, play on his phone or even take a much needed nap. On the occasions that he makes it from the bed all the way to the couch, well you can see how proud he becomes of himself. Then he usually asks me to order him some soup. Ridiculous, right? But this is a legit man problem and phenomena.

But, why does this happen to men? Why is it that a woman can come down with the same symptoms and still take care of the kiddos and manage a household? Why is it that we are able to be “sick,” but still continue about our day like a normal, functional human being?

The hilarious thing is that WebMD actually has an article on “Why Men Act Differently to Colds”. In the article, Psychology expert, William Pollack, states that “the man cold might have some biological truth to it” and notes that “some studies say men may have more symptoms than women when they have a cold”. He also notes a few other biological differences between men and woman and how our bodies process illnesses, but emphasizes that the differences are slight and not significant. For me, this means his initial contention equals horsepoop. Pollack, at the end of the article, pretty much states that it is all in the man’s head mentioning that “In other words, a man has to think his cold is this close to death, or else he shouldn’t be bothered by it. But of course he is bothered by it.”

I will conclude with a genuine reach out to all of you dear men who are not feeling well tonight:

I do hope that you have a quick recovery from your pretendicitis, so that you can get back to helping your wife with your familial commitments. My children and I do express our deepest sympathies to your wife while you are dealing with rhinovirus.

Ladies, Welcome to the Dreaded 'Man Cold' Season
​Too Sick for School?
We Are a Product of our Environment
advertisement

Ladies, Welcome to the Dreaded 'Man Cold' Season
​Too Sick for School?
We Are a Product of our Environment