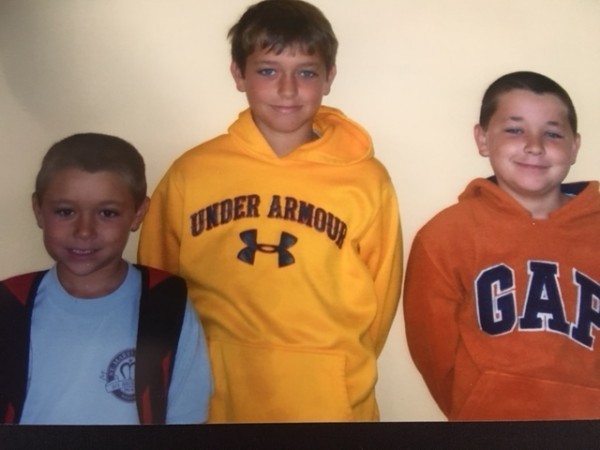 Each year I regarded the school supply list with a significant amount of dread. Not only was it tedious to organize for three kids, but it signaled the end of summer. The final waning days of slower schedules, lightning bugs and flashlight tag after dark were upon us. My boys, however, loved the supply list. Where I saw it as an ending, their sole focus was on all the things. It was a distraction for them in that way, I guess.

The annual torture of finding every item (sometimes in triplicate) lasted through middle school. By my estimation, I trudged through 15 years of increasingly intricate supply lists; cursing the stupidity of it all the way. That is a lot time spent in the Target back-to-school aisle with the masses slugging it out over the last package of fine-tip Crayola markers.

If only I had known then how good I really had it. As with most things, one doesn’t always appreciate the here and now. It was hard to find the positive in the exacting, exhausting nature of the supply list amid the hunt for wide-rule paper in a college- rule world. Yet, being spoon-fed the basic necessities to start the year was more valuable than I imagined at the time.

You see, as my boys moved onto high school and college, there were no requisite materials for the first day. It was a freedom of sorts until it dawned on me that I still had plenty of prep to do. The truth was, I felt sort of lost without a printable sheet with specific things to outfit the kids for success as they walked into school.

I was fumbling over the items I was tasked with providing. Big matters needed to be imparted; like work ethic, loyalty, drugs and alcohol, Uber safety, budgeting and on and on. I was on my own with nary a guide from any institution of higher learning. This one was all on me.

When I organized my thoughts, however, I realized I had been amassing these items since the day my kids were born. This, the mother of all supply lists, was a lifetime in the making and meant to stand the test of time. While the school bore the burden of dictating the nuts and bolts of academia, I was ultimately responsible for crafting a blueprint for the people my kids would become.

There was no checking off items or the feeling of being done; an underappreciated luxury of school prep when the boys were little. This supply list was ongoing and evolving. Topics we tackled in August were revisited in March and touched on again in May. Each child needed to be prepared differently, thus substitutions were made.

I longed for one-stop shopping where I could peruse the ‘tough teen topics aisle’ and walk out with a basket full of necessities. Instead, I sharpened my senses just like those #2 pencils and used my intuition as a guide.

Do I miss the days when all the essentials fit neatly into a backpack? Sometimes. But each time they walk out that door, I know I’ve done my best to fill their hearts and minds with all the tools they need.

Top 10 Back to School Savings Hacks for School Supplies
How to Stay Sane at the Supermarket!
How One Mom Found Solidarity at Target
advertisement

Top 10 Back to School Savings Hacks for School Supplies
How to Stay Sane at the Supermarket!
How One Mom Found Solidarity at Target