The Struggles of Sammi

When will I be old enough to get my wheelchair? I gazed at my twelve-year-old son, helping his seventeen-year-old sister eat her dinner; his four-year-old words echoing in my mind as I watched him patiently bring the fork to her mouth. I often worried about him; that as the sibling of a sister with a disability he would feel -- ignored, less loved, deprived, jealous. Yet he displayed none of these characteristics, only patience, understanding, sensitivity, and love while he witnesses the daily battles that his sister has to face.

Pregnancy was difficult for me – becoming pregnant and being pregnant. It took many years for me to conceive, and the minute I did I suffered from morning, afternoon, and evening sickness. Seriously, I couldn’t understand why they only called it morning sickness! I was sick 24/7. The funniest part was that I worked at a preschool and the toilets were quite low to the ground. Let’s just say I spent a lot of time on my knees, until I was laid off. Luckily, I found another job quickly – with absolutely the opposite student population. Working with adolescents was much different than working with preschoolers, that’s for sure. At least the toilet height was more reasonable. The kids were protective of me; when there was a fight, one would undoubtedly jump in front of me so that I wouldn’t get involved, or get hurt. It was a sweet gesture in an odd sort of way.

One night, I was experiencing terrible stomach cramps. I know – TMI – but it is all relative. After several hours, I checked the bible of pregnancy, “What to Expect When You’re Expecting,” and saw that I had three out of five signs of early labor. I was six months pregnant. We called the doctor and he suggested that we go to the hospital. By the time we got there, I was very much dilated and the baby was very much breach. I looked at the doctor and he told me I was going to have the baby now. Now? I wasn’t ready in any way, shape, or form. Not mentally, nor physically. NOT READY! But, nature doesn’t screw around, and tag - I was it. Sammi was born via emergency C-section. I saw her for exactly 30 seconds before she was whisked away and rushed to the NICU unit at Stony Brook. I didn’t see her again until four days later. A crowd of doctors gathered around my bed. They all talked at once and rambled on about what could go wrong and how much it would cost. I stared at them blankly; partially in shock, and partially doped out on morphine. My mother arrived at the hospital later on and saw that I was in pain. She told me labor was painful. I glanced at her through my drug-induced haze and told her that she was already a grandma. She couldn’t believe that things had happened so quickly. Tell me about it. My dad was in Germany on business. When someone interrupted his meeting to tell him he became a grandpa, he thought that there had to be some mistake; when he realized there wasn’t, he hopped on a plane and raced home. The hospital was kind in that they let me have a big old room all to myself. That way, I wouldn’t feel too bad when all the other moms had their babies in the room – and mine was miles and miles and miles away.

When I was finally released, four days later, I went straight to Stony Brook to see my daughter. At first, NICU was very intimidating; after close to two months, it became a second home. Sammi was tiny; three pounds, six ounces, but she was a bruiser compared to some of the other preemies. She was tiny, and she had tubes sticking out all over – and she was the most beautiful thing I had ever seen. I only wanted to hold her. It was several days before I could. Kangarooing – who knew such a word existed? I was sure glad it did. I was allowed to hold Sammi by laying her against my unclothed chest and swaddling her with blankets. We two became one and our bonding finally began. It was a warm, wonderful, comforting feeling – her smell infiltrating all of my senses: my heart and her heart beating together and calming each other. There were several doctors who visited daily; doctors from all areas of specialty. The neurosurgeon told us that she had a Grade IV IVH – intraventricular hemorrhage. He was very kind and caring when he told us what this could, and probably would, mean. I wish I could say the same for the doctor who, months later, told me matter-of-factly that she had cerebral palsy and would probably never walk – thank you and have a good day.
I was devastated. Welcome to Holland.

Five years later another novel experience. Well, different, anyway. Same old 24/7 sickness. Yes, I am the anti-pregnancy poster child. The OB GYN diagnosed an incompetent cervix (who knew they had to be competent) and stitched me closed – later than this usually occurs. Apparently, this diagnosis is made during the second pregnancy. Hello three months of bed rest – not easy when you already have a child, much less one who needs assistance with everything. Sammi was five and in school for part of the day; however, I wasn’t allowed to walk or lift or do anything. My, at the-time, in-laws would get her off the bus, park her next to me in front of the TV, and leave. They only lived ten minutes away, were both retired, and… well, I don’t know what else; ostensibly, they had places to go, things to do, and people to see. After three months, it was time to remove the stitch. The doctor had me convinced of two things: one, it would be painless (wrong) and two, the baby would come flying out (wrong again). The baby wouldn’t leave! A nine pound seven ounce Dylan came into the world via C-section number two. He was three times the size of Sammi!

And now here we are – 24 years later. It has been an extraordinarily difficult journey, filled with laughter and tears -- lots and lots of tears: tears of sadness, tears of frustration, tears of joy. Sammi has struggled every day since the day she was born. She has struggled to breathe, struggled to move, struggled to live. There were several times we didn’t know if she would make it – but make it she did. None of us could love her any more or if she were any different. She is my Sammi – if I could trade places with her, I would in a minute. Her smile lights up a room. 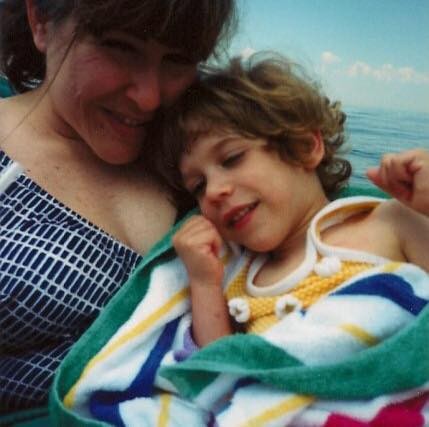 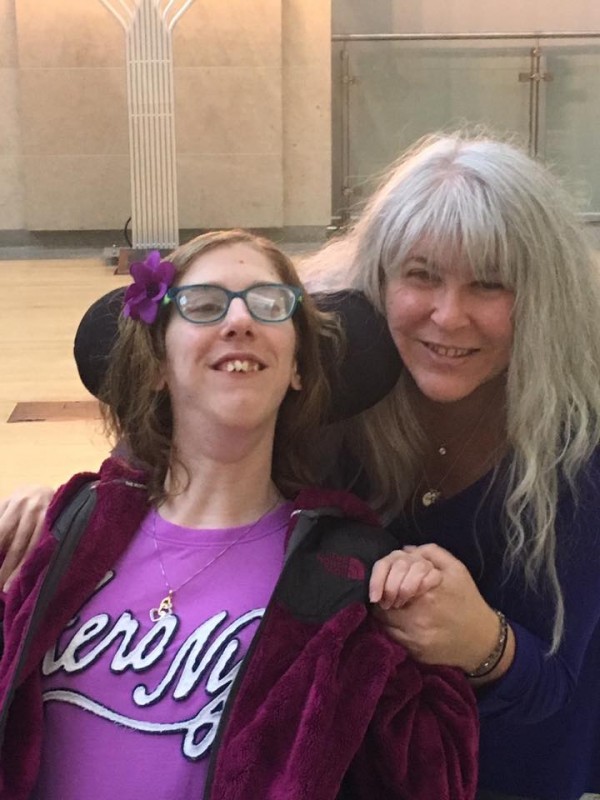 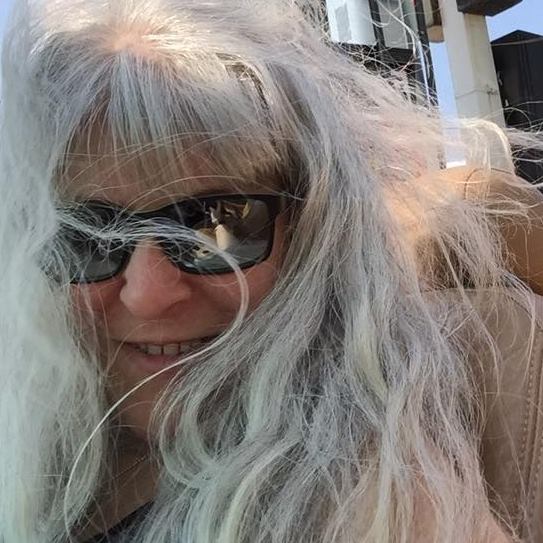 We Thought We Were So Lucky
My baby hadn't grown inside me for 3 weeks.
I See My Son's Vanishing Twin When I Look in His Eyes
advertisement

We Thought We Were So Lucky
My baby hadn't grown inside me for 3 weeks.
I See My Son's Vanishing Twin When I Look in His Eyes