The struggle is real: The suffering is optional

Published by Katherine Wintsch on March 19, 2019

When it comes to being a mother, the struggle is real. It’s a nonstop, never-knowing, always-anticipating, completely exhausting operation. It’s been hard since moms protected their kids from storms by sleeping in caves, and it will continue to be hard when moms are nursing their newborns in the backseats of flying cars.

What’s less obvious, and rarely (if ever) discussed, is something I’ve seen play out in my research (and my own life) for years: the difference between struggling and suffering. There’s a distinct and often dangerous difference at play, and if you want to quiet the steady drumbeat of dread in your mind, then you can’t confuse the two.

Struggling is to be expected. Suffering, however, is self-perpetuated, and it makes your job harder than it has to be. I know because I suffered at the hands of my own debilitating self-doubt for twenty years.

As a mother who has been in that war zone of slipping into suffering, I know how difficult it can be to change your mindset and behaviors. But, as a card-carrying member of the Slayed-Her-Suffering Club, I promise you it’s worth the effort.

What I learned from my own journey — and through studying the lives of mothers around the world in my role as CEO of The Mom Complex — is that all moms find their kids’ actions confusing, challenging, and at times annoying, which means they struggle. But they don’t all turn their frustrations into a personal indictment and proof that they flat-out suck. 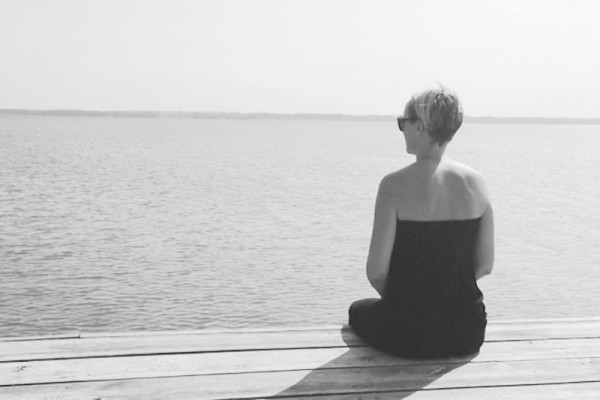 That is suffering, and it’s entirely possible to make it stop.

Shockingly, 40% of moms say they live with frequent or constant self-doubt, and over 50% experience occasional self-doubt. Of those, 75% say they can trace their doubt back to adolescence — in the form of a boyfriend who broke their heart, a classmate who made fun of them, or a rocky divorce between their own parents. When motherhood arrives with all of its added stress and responsibility (not to mention major hormonal changes), these feelings intensify, often creating a full-blown fire-breathing dragon of self-doubt.

I like to follow a simple rule for distinguishing between struggling and suffering that shows there’s more than alliterative semantics at play here. Struggles represent the chaos around you — the challenges that your eyes can see, such as the child who won’t get into his car seat or a teen’s bad report card. Suffering, on the other hand, represents the chaos inside you. It’s the pain your soul feels when you don’t believe you’re smart enough, tough enough, or patient enough to deal with the struggles that come with the grueling job of being a mother. 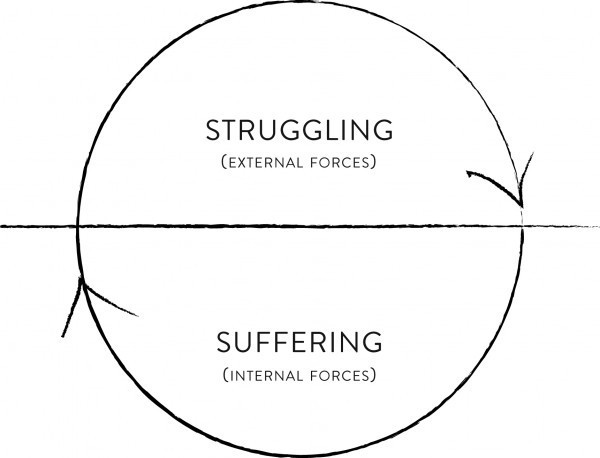 Here are some examples that might feel familiar in your own life:

Struggling: “I have nothing for dinner, as usual. Looks like chicken nuggets and frozen broccoli again — maybe this time they’ll eat it with hummus. Here goes nothing...” Suffering: “I’m a poor excuse for a mother because my friend Kelsey’s kids devour broccoli like it’s candy, while mine yell at me for even putting it on their plate.”

Struggling: “Can my boss stop emailing me 24/7? He needs to cool it. He knows I’m at the doctor.”
Suffering: “I know the gyno has her hand on my boob right now, but I need to email my boss back ASAP because everyone else at work is at the top of their email game, and it’s a miracle I still have a job.”

See what I mean? Motherhood is hard, but putting your personal doomsday spin on every situation you encounter doesn’t make it any easier…it just makes you suffer.

It’s okay to admit that being a mother is a struggle, because it is a struggle. And you are not alone. Don’t believe me? Just take a look at methods other mothers are sharing for how they’re beating self-doubt on my new platform slaylikeamother.com. I encourage you to explore the ways mothers are #slayingit and to add your own wisdom to the collective.

My new book, Slay Like a Mother, features wisdom from my years of researching with mothers, plus a raw look at my personal journey with self-doubt. In the pages of Slay Like a Mother, you’ll find countless methods that I’ve adopted to help me live a more peaceful life as a mother and as a woman. It’s time to start slaying! 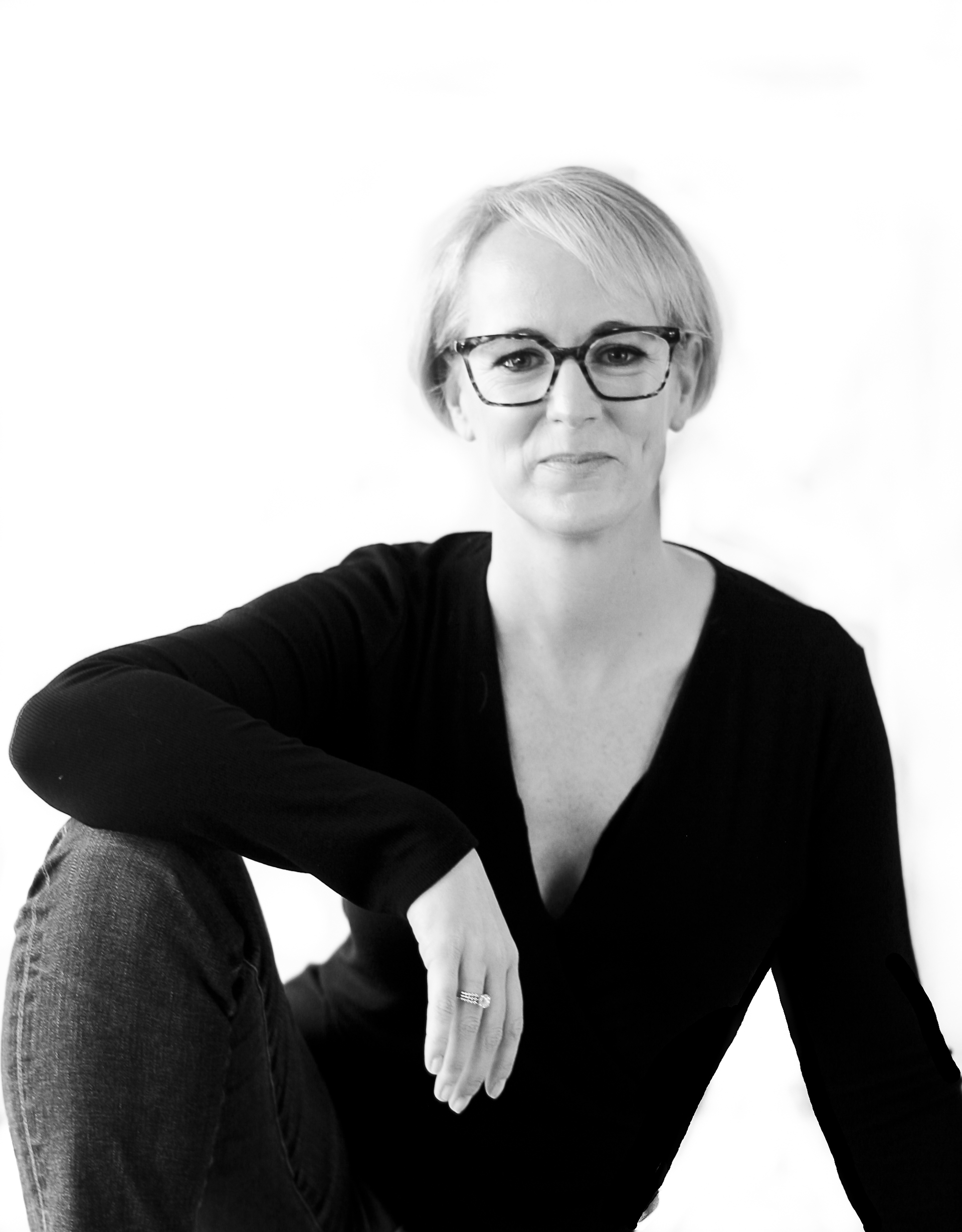 Katherine dedicates her life to making the lives of mothers easier. She works alongside companies such as Walmart, Johnson & Johnson, Chobani and Pfizer to help develop better products and services for mothers. And as author of the personal empowerment book, Slay Like a Mother, she’s helping mothers around the world destroy what’s holding them back so they can live the life they want. Katherine’s sought-after research on modern motherhood has been featured by The Today Show, The New York Times, The Wall Street Journal and Fast Company, and she regularly writes about the topic of modern motherhood for Working Mother magazine and on the Slay Like a Mother platform.

Mompreneurs: How Moms Balance Business and Parenting
To my motherhood sherpas: I couldn't do this without you
The Term Mommy War is Insulting. I'm Not At War With Anyone.
advertisement

Mompreneurs: How Moms Balance Business and Parenting
To my motherhood sherpas: I couldn't do this without you
The Term Mommy War is Insulting. I'm Not At War With Anyone.