The Secret Competition in the Baby Loss Club 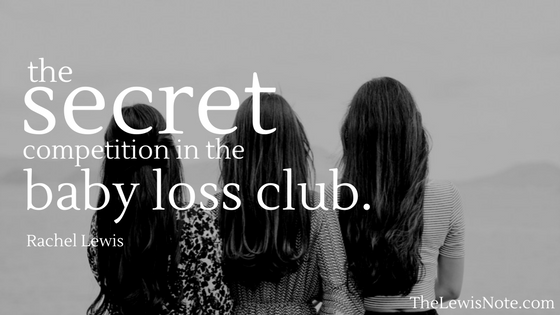 This was my first time at a baby loss club. I sat nervously in the hospital conference room I expected to stay empty, or at least almost empty. How many women really suffer pregnancy loss in my area anyway?

And as the minutes wore on, the seats filled, answering my unspoken question.

The moderator began her recitation of expectations for the group. I shuffled in my chair. While her words laid out what I could expect to hear, I had no idea how I could expect to feel over the next two hours.

Introductions began. Instead of sharing our name, our vocation, our hobbies, or the highlights of our family — things you would normally share with a roomful of strangers — we shared the one thing we often don’t speak of to people we don’t know. Our dead child’s name. How old or far along our baby was. The nature of our loss. The names of our family who survived the loss.

As more than a dozen stories of baby death unfolded before me, the tears I so desperately wanted to hold in spilled silently from my swollen lids. I cried not so much because of my own loss — but because of theirs.

This was my first foray into a real baby loss club. And without even trying to, I began silently comparing our stories.

Unlike the majority of my peers in the meeting, I did not suffer a second- or third-trimester loss.

My baby, whom I named Olivia, died because she had implanted in my tube, causing my tube to tear down the side. Ectopic pregnancies rarely make it to the second trimester, and mine was no exception.

On the one hand, my loss was completely validated by every member of the group. On the other, I allowed the differences in our experience to invalidate my own grief.

My loss happened at 7 weeks. If I feel this way at 7 weeks, I wondered, how much more for these families grieving losses at 17, 27, or 37 weeks?

These parents had to bury their child. My child was suctioned up in a medical tube during surgery and discarded as medical waste.

They got to hear or see a heartbeat. I never did.

They held their child’s hand, got their fingerprints, kissed their toes. I never saw any part of my child’s body, either on a screen or in person.

They had baby showers, and nurseries to tear down, and gifts to return. The only evidence my child was here was a positive pregnancy test I had saved, and the freshly forming scars on my abdomen from my emergency surgery.

I struggled to make sense of my loss. No — not so much the loss itself, rather, the intense feelings of grief over my loss.

Because my experience was not the “worst” loss in the history of pregnancy loss, I questioned what right I really had to be as devastated as I was.

It took me several years, and many more losses, to come to accept how I grieved.

I decided that each week of gestation is not the measurement of love. From the moment I received the second line on the test, I was already head-over-heels in love with my baby. She was the miracle child I didn’t think I would have the chance to carry. She already carried all my hopes and dreams. Her loss was not the loss of 7 weeks of pregnancy. It was the loss of a much-wanted, much-loved child.

I learned we don’t get to choose our losses. If I can be so vulnerable, I would admit that at times on my journey, I wished I would have had a stillbirth or late miscarriage so I could have seen my baby. I desperately wanted to connect with my child, to learn about her, to know her cute lips or her tiny fingers. A memento of our time with her, anything really, would have been so helpful to cling to. I wanted memories of kicks. Wanting more than a phantom loss of a phantom baby . . . I craved the physical evidence that I had indeed lost a child and not just a pregnancy.

And yet — the idea that any loss would be better or worse than the one I had was really a moot point. I did not choose my early loss any more than my friend chose her late one. The cards were dealt, the dice were thrown, and we each navigated the intricacies of our individual losses as best as we could.

The silence around an early loss became stifling. It began to feel like a secret to be carried rather than a grief to be shared. That the absence of some of the more formal rites of grief such as a memorial service, a grave to visit, or the outpouring of support from your community, made grief lonelier to bear. It seemed that others around me were ready to write off our pregnancy as a simple mistake we needed to hurry to get over.

I discovered that grief is valid no matter the type of loss. Since the almost 5 years since we lost Olivia, I have dealt with my fair share of grief. We tried to conceive for 4 years, resulting in 4 miscarriages between 5-8 weeks gestation. While the pregnancies went on for weeks, none resulted in a baby with a heartbeat.

We also chose to foster and adopt. I know the grief of packing a car seat and diaper back for the newborn you are to pick up from the hospital to adopt — only to be told not to come in. I know the grief of saying good-bye to a baby I raised for a year and a half, learning to mourn the child still living.

If you were to ask me today which experience has been hardest, I wouldn’t be able to say with certainty.

The nuances of each loss were counter-balanced by the blessings in disguise.

When our son left, I had memories to keep me going. Videos and photos. Mementos of his time in our lives. And yet, the length of our time together wove his life so far into our existence, that the tearing of our relationship was absolutely devastating. Our son did not die. In that I have hope. But in that season, he died to us.

Our early miscarriages were easier to bear physically. Their existences were quiet, subdued. The entered our life planned and hope for, but their loss came to us in the secret. A spot of blood on my panties. A nurse’s resigned, “I’m sorry.” And in the quiet losses, I lost myself. How do you have a baby when the babies don’t stick, and no one can tell you why? How do you endure test after test, and disappointment after disappointment, without any promise that life would give you a child in the end?

When we were pregnant with Olivia, our ectopic baby, I was yet unscathed by pregnancy loss. I was able to embrace the few weeks we had with her with an unadulterated joy and love I’ve never experienced before or since. And yet, the physical and emotional trauma of my tube rupturing left permanent scars on my heart and body. The initial plummet into deep grief shocked me as I tried to navigate my way to a new normal.

In the baby loss club, it can be so easy to subconsciously match up our experiences against others, and compare who has earned the right to grieve harder.

We think about gestational age, how badly a baby was wanted, how easy or hard the baby was to conceive, how the baby died, and if and how they were birthed. We think about future and past fertility, like if the couple has living children or if this was their only child.

The fact is: There are a million ways we could calculate the intricacies of grief. And while it can be helpful to process through the nuances of our own losses, it is never helpful to compare our nuances to someone else’s.

When we invalidate someone else’s pain, it does not validate our own.

And when we invalidate our own pain, it does not validate someone else’s pain.

If you have suffered a loss — any loss — then you have the right to grieve. Period.

As for the baby loss club I joined … While I had been working to invalidate my loss — they worked just as hard at validating it for me. This group of women became some of my most cherished friends, biggest cheerleaders, and grief supporters I have ever known. The love we share for each other and our babies, both living and dead, knocked down whatever barrier the secret competition tried to create between us.

And it was in the safety of each other’s heartbreak that we were each finally free to grieve. 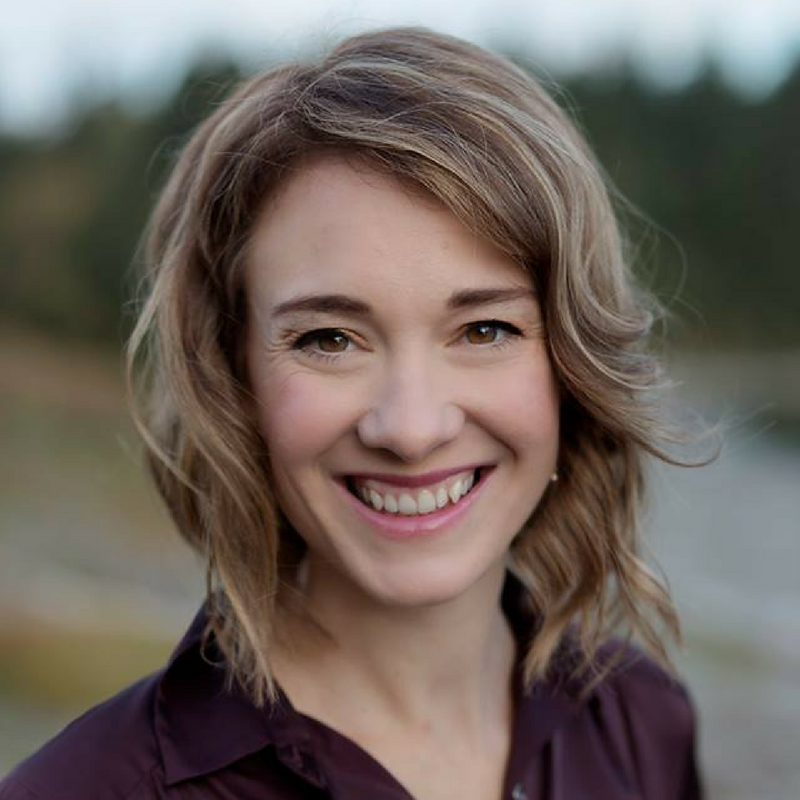 Rachel Lewis is an adoptive mom, bio mom and foster mom. Along her journey to family, she experienced recurrent pregnancy loss and secondary infertility. She helps women feel understood through their struggles to family on her website at www.thelewisnote.com. Her book, tentatively titled Unexpecting: Real Talk on Pregnancy Loss for Your Body, Heart, Mind, and Soul is scheduled to release October 2021 (Bethany House Publishers). Connect with Rachel on Facebook or Instagram. And get support in her private group for bereaved moms called Brave Mamas.

To the Woman Who Minimized the Loss of My Baby
Pregnancy and Infant Loss Awareness Campaign
As A Parent Who Has Lost A Child, Please Don't Tell Me How To Grieve
advertisement

To the Woman Who Minimized the Loss of My Baby
Pregnancy and Infant Loss Awareness Campaign
As A Parent Who Has Lost A Child, Please Don't Tell Me How To Grieve